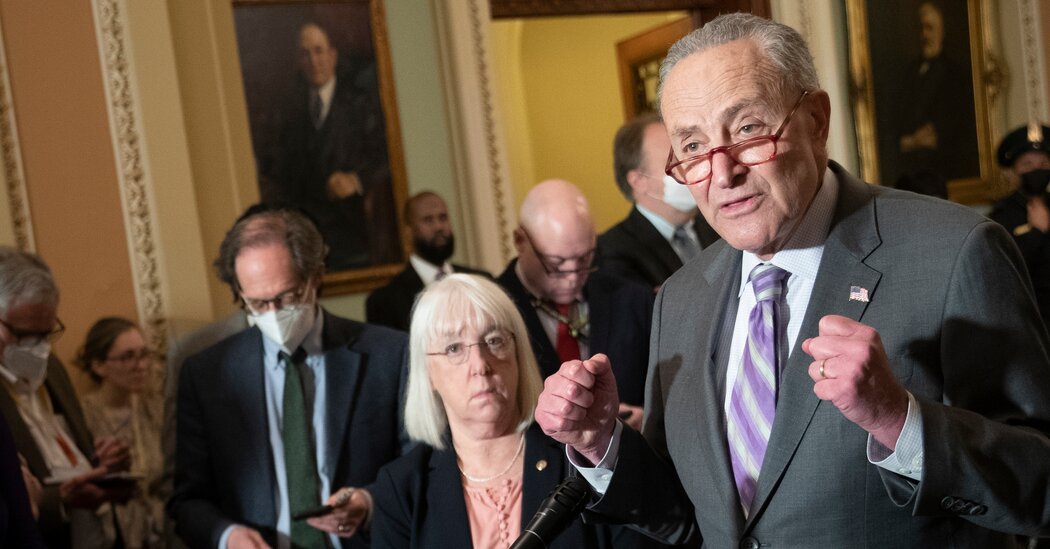 And Congress agreed to direct millions of dollars toward its own employees and support of the Capitol complex. The U.S. Capitol Police will receive $602.5 million, an increase of $87 million, to help expand its ranks after the Jan. 6 riot, while House congressional offices will see their budgets expand 21 percent, the largest increase since 1996, to try to stem the drain of institutional knowledge and prevent staff from seeking better pay off Capitol Hill.

Because the package is one of the few must-pass bills remaining in the legislative session, lawmakers seized on the opportunity to attach an array of additional priorities. Most notably, the bill includes a reauthorization of the Violence Against Women Act, a law aimed at preventing domestic violence, stalking and sexual assault that lapsed in 2019. Mr. Biden helped create the law as a senator in 1994, and a bipartisan group of senators had recently unveiled a deal on an expanded version.

The legislation also includes $1 billion in funding for Israel’s Iron Dome missile defense system, which had been held up in the Senate because of objections from Senator Rand Paul, Republican of Kentucky. And it would close a loophole to ensure that makers of flavored e-cigarettes can no longer sidestep the Food and Drug Administration’s ability to regulate products derived from tobacco.

To push the package through the Senate, lawmakers had to navigate a series of objections from conservative Republicans, who complained that they had little time to examine the legislation and pushed to prioritize the emergency aid to Ukraine.

“It’s hard to express my anger and frustration,” said Senator Rick Scott, Republican of Florida, as Democrats blocked his effort to pass the emergency aid for Ukraine without the $1.5 trillion to fund the government. “What in the hell are we doing here?”

Like other budget hawks, Mr. Scott also derided the return of earmarks, which allow lawmakers in both parties to direct money toward projects in their states or districts. But lawmakers rejected an amendment, offered by Senator Mike Braun, Republican of Indiana, that would have stripped those projects, now rebranded with stricter guardrails, from the package.

“That’s what this is about — politics,” said Senator Jon Tester, Democrat of Montana, defending the package. He warned that Mr. Scott was risking a shutdown by seeking to change the spending measure.