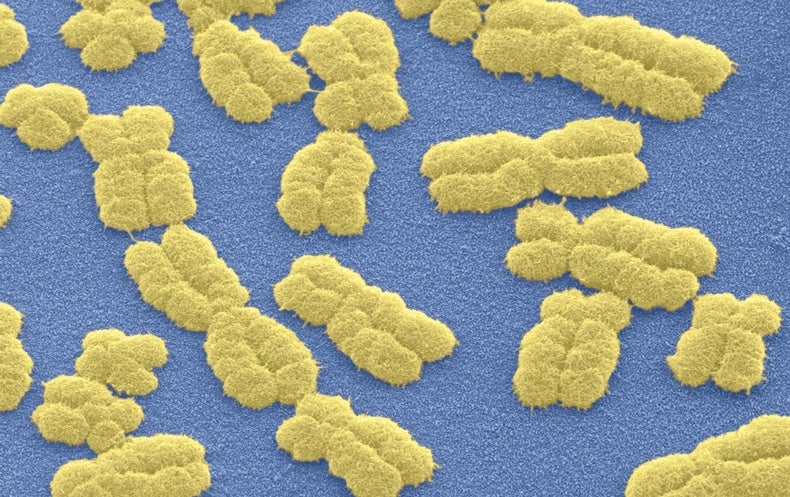 A fundamental characteristic of the field of genomics is aspiring to be comprehensive. After all, genomics is the study of all of an organism’s DNA: its genome.

Understanding this new milestone requires an appreciation of the highly nuanced and often misunderstood signature product of the original endeavor. It also relates to an always sought yet rarely attained ambition in science: the dream of completion.

The marquee goal of the Human Genome Project was to generate the first sequence of the human genome. While the aim was to be as comprehensive as possible, project leaders put practical bounds around that aspirational ethos and, in fact, did not envision keeping the project going until the order of all approximately three billion human DNA bases had been sequenced. This reasoned approach prevented “perfection from becoming the enemy of the good.”

In 2001 the Human Genome Project and Celera Genomics each reported the generation of a draft sequence of the human genome to great fanfare. Two years later, using the best available technologies for sequencing DNA and pushing them to their absolute limits, the Human Genome Project delivered a remarkably high-quality human genome sequence that was nearly complete, accounting for more than 90 percent of the human genome. There were no immediate prospects for filling in the remaining bits because the technologies for sequencing DNA at that time were not up to the task.

So victory was declared, the Human Genome Project was ended, and many celebrated the first sequence of the human genome. In writing about their scientific accomplishment, project leaders chose their words carefully, reporting the generation of an “essentially complete” human genome sequence. Such careful wording was intentional and served as a caveat about the Human Genome Project’s most treasured product.

But admittedly, amid the exuberant celebrations, a few of those leaders may have sounded like they were proclaiming, “We’re done; we finished it; our job is complete.” These hyperboles were really the champagne talking. There was some grumbling at the time that such claims were disingenuous, but I argue that critics were seeing the glass as half empty. I view the project’s generation of the first human genome sequence as representing a glass that was more than 90 percent full! And those who celebrated boisterously had earned their imprecise champagne talk.

The genomics community never intended to simply walk away from finishing the job. In fact, the development of technologies and strategies for sequencing the remaining difficult regions of human DNA quickly emerged as a high-priority area of genomics research. These efforts yielded a suite of new technologies that reduced the cost of DNA sequencing by more than a millionfold.

But even with these new technologies, producing an end-to-end human genome sequence remained a really hard problem, exhausting some of the most talented genomics researchers.

Solving that problem and figuring out how to sequence the missing parts of the human genome required a new generation of DNA-sequencing technologies and a new generation of computational approaches, which were productively put in the hands of a new group of genomicists who energized the field with a new generation of strategic thinking, ideas and tenaciousness. These efforts also required considerable patience. Fortunately, all these things came together in recent years within the T2T consortium—and the rest is for the history books (and perhaps a Netflix movie?) as we now celebrate an iconic series of new publications reporting another historic genomics milestone.

The newly added sequence, amounting to nearly 10 percent of the human genome, includes some genes and large amounts of repetitive DNA, the trickiest genomic regions to sequence. Most of this DNA resides near the repetitive telomeres (the long, trailing ends of each chromosome) and centromeres (the dense middle section of each chromosome). These findings add to the growing knowledge of the human genome, including more accurate maps for five chromosome arms, and will spur new lines of research.

It is gratifying to recognize how the T2T consortium researchers built on the successes of the Human Genome Project genomicists who preceded them and, later, those who brought powerful new DNA-sequencing technologies and innovative computational strategies to the challenge. Their efforts yielded a truly complete human genome sequence, from telomere to telomere of every human chromosome.

This advance brings us ever closer to the future promised by genomics. For the first time, it seems possible that researchers and clinicians will eventually be able to identify all of the variants in a person’s DNA and use that information in a comprehensive way to better guide their health care.

I energetically applaud the accomplishments of the T2T consortium. Humanity will forever be grateful for your persistence, your creativity, your energy and your adventurous spirit. Your gift is the first comprehensive representation of the human DNA blueprint—something that will catalyze future advances in genomics, human biology and medicine.

At the same time—and with that same aspirational spirit of being comprehensive in genomics—let me readily admit that our work is still not done. With a complete sequence of the human genome now in hand, our work continues in understanding how the human genome functions, how our genomes differ from one another (including across the world’s many diverse populations), how those differences influence our health and how information about those differences can be used to improve the practice of medicine.

This is the joy of science and research: the work is never complete. Each advance opens new vistas of opportunities with the frequent sense that the best is still yet to come. I certainly continue to believe that is true for human genomics, and I am excited to see what the next technology, the next researcher and the next consortium bring. I find myself both proud and content with what genomics has brought us to date: a combination of essentially complete, truly complete and otherwise.