Competing Toe to Toe without Sharing an Arena 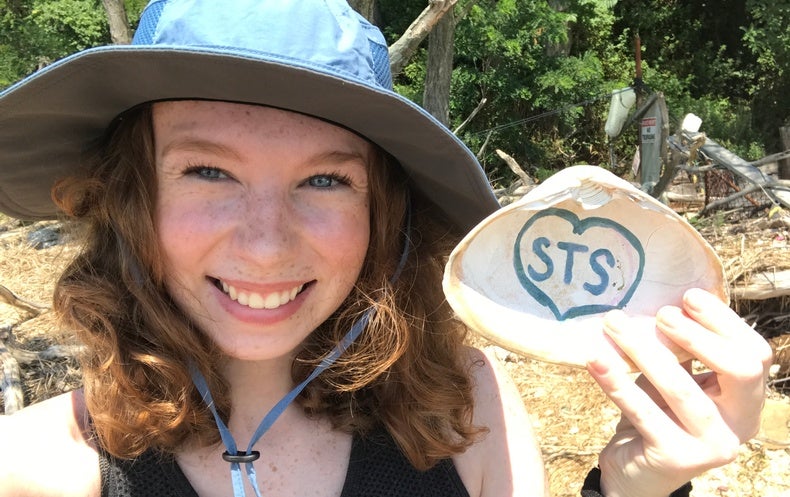 Sports are being played in empty stadiums. The Olympics have been postponed. Professional athletics teams are being isolated and their seasons reduced—to varying levels of success. But athletics organizations are not the only ones trying to determine what competition looks like in the time of COVID-19. Youth STEM competitions may have a smaller footprint and grab fewer headlines, but they are just as important—and the loss of them just as crushing—to the students who take part.

When the United States started acknowledging the scope of COVID-19 in early spring, many youth STEM competitions were starting what should have been the final swing of their seasons. Plans that had taken shape over months or years had to be reimagined or scrapped in weeks or days. It wasn’t just about the students on the day of competition; it was about the travel and housing for those students and the army of (often older) volunteers all coming to one place. With schools closing and travel getting slashed across the board, many had no choice but to cancel. Some optimistically postponed spring timelines, rescheduling for what surely would be a more stable June or July. For U.S. students, that more stable landscape has yet to materialize.

One of the competitions that was able to transition from early postponement to later re-envisioning was the Regeneron Science Talent Search. Now in its 79th year, the STS recognizes excellence in original research conducted by individual U.S. students in their final year of high school. The nearly 2,000 entries sent in November are reviewed by teams of Ph.D.-holding scientists who assess the projects in their fields to identify a top 300. Those top 300 are then whittled down by an interdisciplinary team of judges to a final 40. Typically, the top 40 travel on an expenses-paid trip to D.C. to participate in interviews, present their research, and network with scientists and political leaders. Then winners are announced, and awards are distributed to the top competitors.

This March, the STS leadership team at the Society for Science & the Public were only days out from welcoming their top 40 to D.C. They looked at the risks and decided to postpone the competition. Within days, the Society’s offices were closed, and the employees sent to work from home. For much of the country, infection rates are far higher now than they were back in March. By May, it was clear that the final stages of the 2020 Regeneron Science Talent Search would have to be virtual, or they wouldn’t happen at all.

Maya Ajmera, president and CEO of the Society for Science & the Public and the publisher of Science News, said that the dramatic pivot was about more than just putting a poster session online. The finalists who come to D.C. take part in a series of interviews, meetings with representatives of organizations and schools about future opportunities, lighthearted bonding activities within the group, and more.

They got creative. Professionally, there were virtual education appointments, internship chats, and interviews. More personally, there were show-and-tells, a virtual talent show, scientific game night, yoga, a virtual escape room and even K-pop dance instruction all the way from South Korea. Ajmera took part in some of the show-and-tells, sharing some of the children’s books she has published.

Ajmera said the interviews posed a particular challenge when it came to keeping all of the students on equal footing. Rather than cycling through rooms with three judges in person, competitors had to meet with their four panels of judges over two days virtually. The Society sent all 40 finalists the same rental laptop, high-definition webcam, professional lighting kits, hot spot, standardized virtual background, and matching shirt. The judges were sent the same hardware, to prevent any connectivity issues from creating problems on either side. Additionally, extra staff were on each call to troubleshoot any technical issues as they arose.

Given that the competition has always focused on individual research, this isn’t the first time it has taken steps to support equity. The “Research at Home” section of the Web site not only includes a crash course in statistics and guides for how to use a smartphone for data collection, but links to large scientific data sets that are publicly available. Given that students designing research projects for the coming year will likely face additional difficulty using labs or more advanced technical setups, these resources may prove even more useful. “Just like we had to make a pivot,” Ajmera said, “kids are going to make a pivot too.” With adversity often being a strong driver of innovation, she is excited to see the results.

One event in particular was such a success that the new format is likely to stick around. The public exhibition of projects, which opens student presentations about their research to the public, typically pulls in around 500 people. The online exhibition this year drew more than 3,000 registrations, including some from abroad. Ajmera is excited about the opportunity for broader reach for their students, and also the potential for more equitable access to those who might be interested in learning more but can’t make the trip.

Even though this year’s winners had completed their research by November of last year, aspects of their projects should inspire those who might be competing in unexpected settings this year. First place winner Lillian Kay Petersen invented a simple tool for predicting harvests early in a growing season. Her work was built on satellite imagery and tested against domestic crop data, effectively predicting crop yields in multiple African countries from her own desk.

Second place winner Jagdeep Bhatia also created his project at the computer instead of at the lab, developing two fast and simple machine learning algorithms for computer programs that are attempting to learn new concepts.

Third place winner Brendan Crotty designed and built an efficient hybrid gas burner that operates at higher temperatures than current industrial burners, yet emits 19 percent less polluting nitrogen dioxide gas. Being homeschooled, he didn’t depend on a traditional classroom to become proficient in computer design software, metal casting and machining. Who knows what next year’s winners will come up with?

As we look to the coming year, preserving opportunities for students to thrive will touch every inch of the education system. For their own part, bridging the gap will require youth STEM competitions to be as innovative as the students who compete in them.

U.K. Approves Pfizer Coronavirus Vaccine, a First in the West

Georgina Mace, Who Shaped List of Endangered Species, Dies at 67