Comey: ‘I can’t imagine that I’m a target’ of Durham probe – Fox News 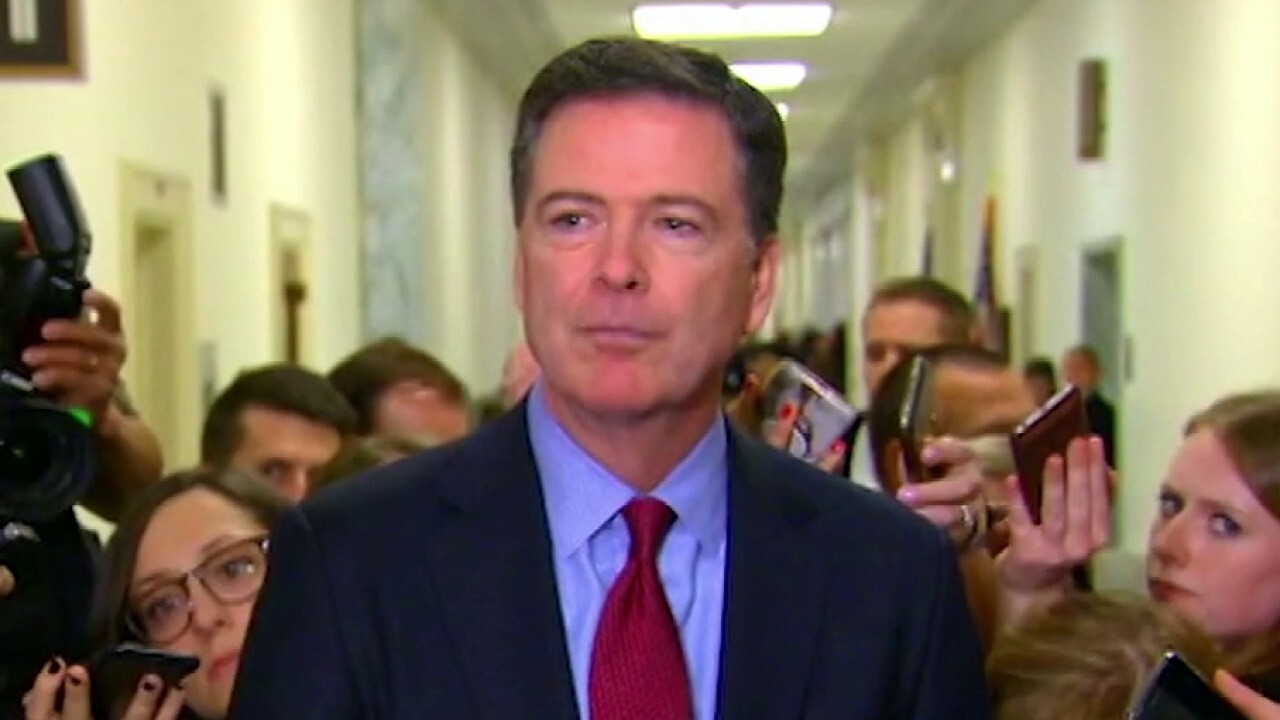 Former FBI Director James Comey spoke dismissively of Connecticut U.S. Attorney John Durham’s investigation of the origins of the bureau’s Russia probe Sunday, saying he has not been contacted for it and that it is being used as a political tool for President Trump and his supporters.

In an interview that aired Sunday on CBS’ “Face the Nation,” Comey insisted that everyone involved in the investigation was “trying to do the right thing” and therefore Durham’s probe was not concerning for him.

CLINTON SPOX RIPS COMEY FOR SPORTING ‘ELECT MORE WOMEN’ T-SHIRT: WE TRIED, ‘YOU F—ED IT UP’

“I have had no contact with him and haven’t talked to him,” Comey said about Durham, adding, “I can’t imagine that I’m a target.”

A Justice Department Inspector General’s report that there had been a significant number of inaccuracies and omissions in warrant applications the FBI filed with the Foreign Intelligence Surveillance Court that allowed them to monitor former Trump campaign adviser Carter Page. The report revealed that the FBI relied on unverified information contained in a dossier compiled by former British spy Christopher Steele.

Senate Judiciary Committee Chairman Lindsey Graham, R-S.C., who is leading a Senate investigation of the matter, has pointed out that the FBI used the dossier even though the FBI had interviewed Steele’s sub-source, who said that the information was unreliable. Graham has openly wondered who in the bureau was aware of what the sub-source said.

“We’re not going to let the system blame some low-level intel analyst or case agent for defrauding the court,” Graham told Fox News in July. “I believe it goes to the very top, and I’m going to get to the bottom of it and that means Sally Yates and Rosenstein, and McCabe and Comey are all going to come before the committee and they’re going to be asked, ‘What did you know and when did you know it?’”

Comey, meanwhile, maintains that he and his department had nothing but pure intentions, and implied that Durham’s investigation is just being used by Trump and his supporters as political fodder.

“Given that I know what happened during 2016, which is a bunch of people trying to do the right thing consistent with the law, I’m not worried at all about that investigation of the investigation,” he said. “They just want to have an investigation to talk about.”

Last week, Durham’s team questioned former CIA Director John Brennan for some eight hours at CIA headquarters. Brennan later said through a spokesman he was assured he was “not a target.”

Durham’s probe, however, as already led to one conviction, with attorney Kevin Clinesmith pleading guilty and admitting that the altered an email to say that Carter Page was not a source for another government agency. Page has said he worked with the CIA. That email was part of a chain that was used as evidence in the final warrant renewal application in 2017.

Clinesmith told a federal court on Wednesday that he believed he was providing accurate information, but that he intentionally altered the email.

Comey was not asked about this during the CBS interview.