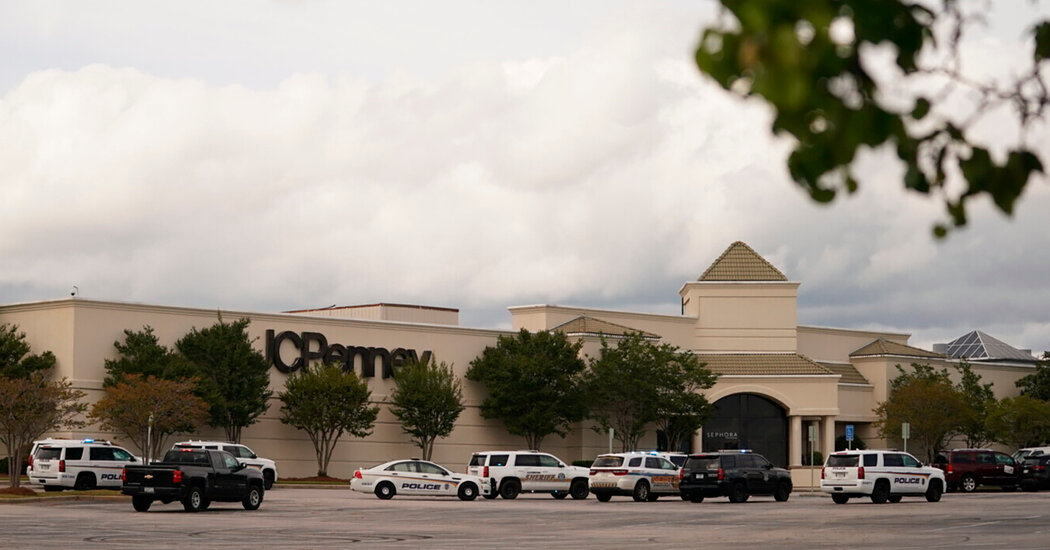 Ten people were wounded during a shooting at a crowded South Carolina mall on Saturday afternoon, and two others were injured in an ensuing stampede, the authorities said.

Two of those wounded were in critical condition, Chief William H. Holbrook of the Columbia Police Department said during a news conference. The ages of the injured ranged from 15 to 73.

The police received a call at 2:03 p.m. about gunfire at the mall near the Gap store. As of 5 p.m., police teams were still clearing the mall, the authorities said.

It was unclear what led up to the shooting, but three people were detained, Chief Holbrook said. The three were seen with firearms, and at least one person fired a weapon, he said.

“We don’t believe this was random,” he said. “We believe that the individuals who were armed knew each other and that some type of conflict occurred that resulted in gunfire.”

The police instructed mall workers to shelter in place and wait for law enforcement officers to come to them. “DO NOT leave a store until told to do so by proper authorities,” the police said on Twitter.

In a statement on Twitter, the mall said: “Today’s isolated, senseless act of violence is extremely upsetting and our thoughts are with everyone impacted. We are grateful for the quick response and continued support of our security team and our partners in law enforcement.”

Brookfield Properties, which owns the Columbiana Centre, said that it was aware of the emergency response to the mall but deferred questions to the police.

The Lexington County Sheriff’s Department said on Twitter that a reunification site “for those with loved ones involved in the Columbiana Mall shooting” would be at a local Fairfield Inn.