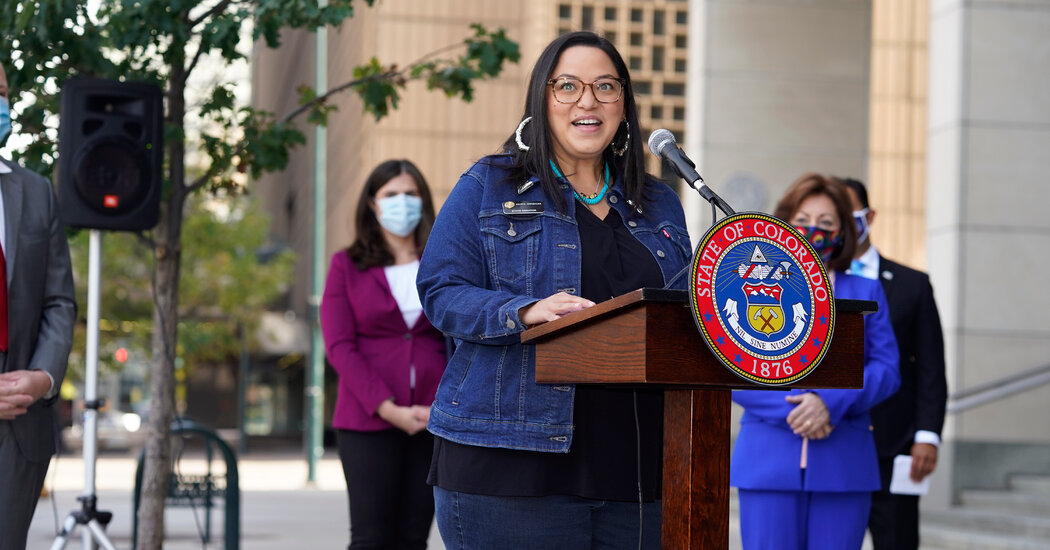 Tenants of a Colorado trailer park say they received an unsettling pre-election notice this week bearing their landlord’s name.

“Please understand IF Joe Biden is elected as our next President, everything you do and have to pay for will change completely,” read the notice. The notice said that taxes, utility rates, gasoline and grocery prices would rise.

Then came more threatening language: “This also means YOUR RENT will be increased to cover these expenses. Most likely, rent would DOUBLE in price!” The notice said that if President Trump were re-elected, there would be no rent increase for two years. Mr. Biden holds a comfortable polling lead over Mr. Trump in Colorado.

Juana Hernandez, whose parents have lived for about 10 years at Pagel’s Trailer Park in Fort Morgan, 80 miles northeast of Denver, said in an interview on Thursday that the notice had been rolled up and stuck in the fence of their $280-a-month lot.

“It’s just really infuriating because most of the people who live in the trailer park are Hispanic,” said Ms. Hernandez, whose parents immigrated from Mexico. “A lot of them, they don’t even have the right to vote. I do think that it is intimidation.” She said her parents were already struggling financially because her father had to stop working at a nearby meat processing plant after getting the coronavirus.

The trailer park’s owner, Bernie Pagel, did not immediately respond to a Facebook message.

Julie Gonzales, a state senator who advocates for immigrants’ rights, said a tenant of the trailer park had asked her, “‘Can he do this? Will I get kicked out?’” Ms. Gonzales said she had reported the matter to the state attorney general. “Two weeks before such a terribly consequential election, that type of intimidation has no place in Colorado,” she said.

A spokesman for the attorney general said he could not discuss whether the office was investigating.

The notices tried to persuade tenants that they were not being threatened. “Voting is your choice and we are not telling you how to vote,” the notices read. “We are just informing our tenants what WE will do according to the election results. If Trump wins, we all win. If Biden wins, we all lose.”

Such pressure tactics are not isolated. A toolmaker in Orlando, Fla., put letters in pay envelopes saying that if Mr. Trump was not re-elected, the company “could be forced to begin permanent layoffs,” according to local reports.