Collins to Back Jackson for Supreme Court, Giving Her a G.O.P. Vote 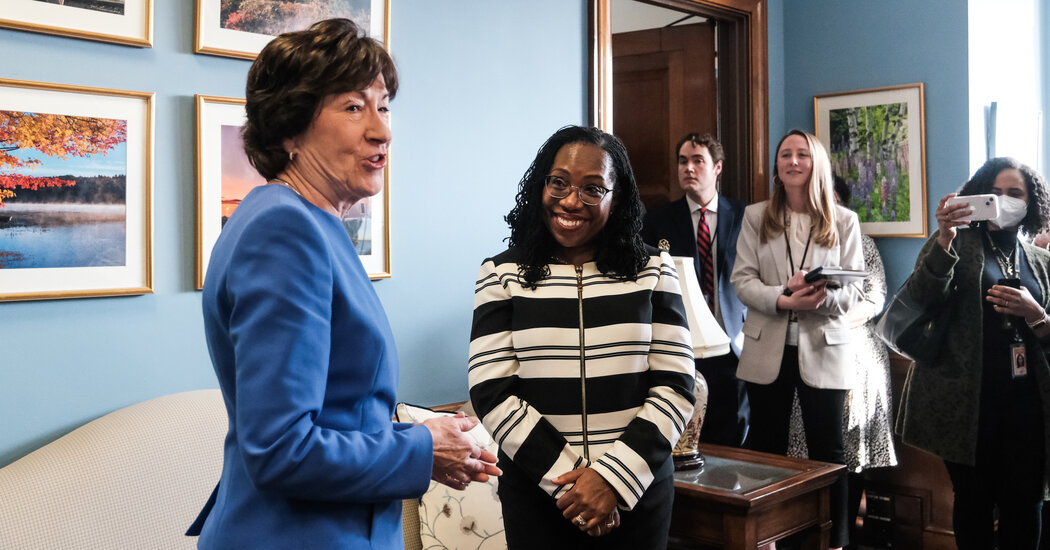 During the hearings, Republicans on the panel raised questions about Judge Jackson’s sentencing history on child sex abuse defendants, and tried unsuccessfully to get her to express an opinion about whether seats should be added to the Supreme Court, as some progressives have advocated. Top Republicans, including some who were regarded as potential votes for Judge Jackson, have seized on her refusal to provide an answer on expanding the court as an obstacle to her confirmation

“I don’t understand that, because it’s not an issue that will come before her in the court, so she should as a nominee be able to talk about it,” Senator Rob Portman, Republican of Ohio, said Sunday on NBC’s “Meet the Press.” “And I’m concerned that she’s not been willing to do that.”

But Ms. Collins said Judge Jackson had assured her in their conversation on Tuesday that she “would forever stay out of that issue.”

Republicans also seized last week on a legal brief that Judge Jackson filed on behalf of terrorism detainees at Guantánamo Bay, Cuba, which accused former President George W. Bush of having committed war crimes when his administration tortured detainees. Ms. Collins said Judge Jackson had explained during their meeting on Tuesday that she had not intended to accuse Mr. Bush personally of being a war criminal, but had used a common template for such cases.

“There can be no question that she is qualified to be a Supreme Court justice,” said Ms. Collins, citing Judge Jackson’s “breadth of experience as a law clerk, attorney in private practice, federal public defender, member of the U.S. Sentencing Commission and district court judge for more than eight years.”

The White House and Senate Democratic leaders have said that confirming Judge Jackson without Republican support would have been unfortunate considering it is taking what Democrats see as an overdue step to diversify of the court.

“I sincerely hope that we have Republican support for her nomination,” Senator Richard J. Durbin, Democrat of Illinois, said on Tuesday, noting that he had been “quietly” reaching out to Republican senators. “There are those within the Republican Party, I know from speaking to them, who understand the history, the significance of this nomination and want to make sure that Mr. Lincoln’s party, the Grand Old Party, is on board.”