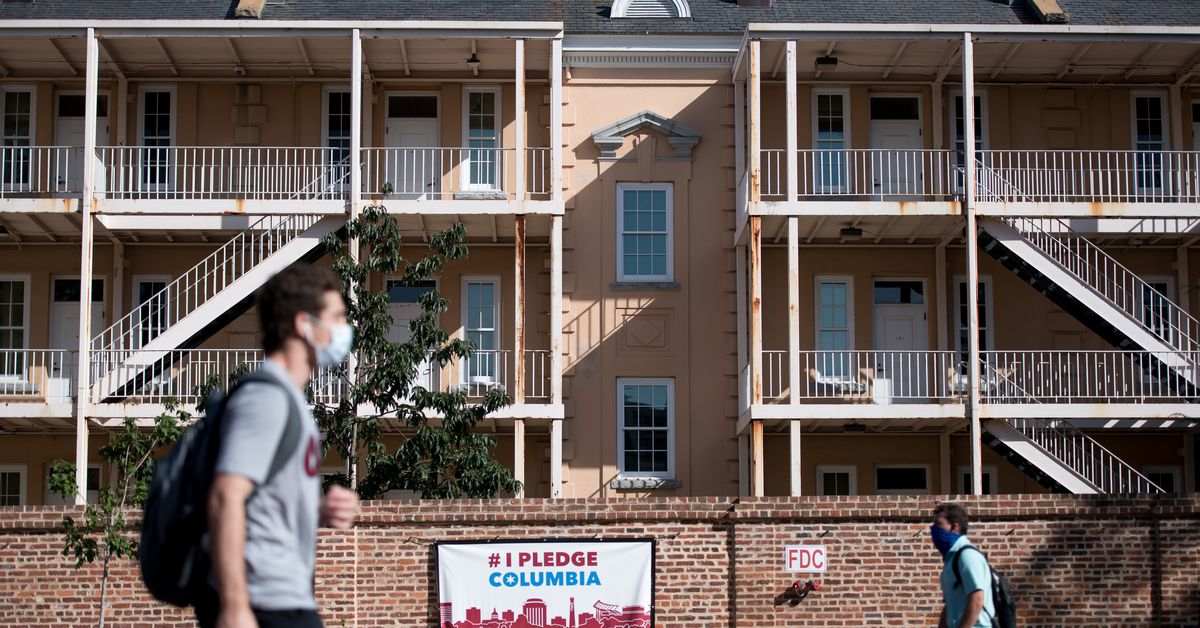 Coronavirus cases are flooding the campuses of US colleges and universities, leading to last-minute instructional changes — and sudden disciplinary actions — that have caused difficulties for students and their families.

This week at Northeastern University in Boston, 11 students were dismissed from their program without tuition reimbursement for violating Covid-19 social distancing policies, and the Ohio State University suspended 225 students before classes even began for similar infractions.

There have been more than 50,000 confirmed cases on college campuses since the pandemic began, according to the New York Times, a number that has increased dramatically in recent weeks. That’s prompted a number of colleges, like the University of North Carolina at Chapel Hill, to cancel in-person classes after students had already paid tuition. And as Vox’s Terry Nguyen has reported, rising case numbers have also left many students scrambling to find housing off-campus — or transportation back home.

University administrators are all handling the surges differently. Currently, around 20 percent of colleges are either primarily or fully in-person, according to a tracker from Davidson College’s College Crisis Initiative. Around a third are either fully or primarily offering courses online. Overall, Irwin Redlener, director of the Pandemic Resource and Response Initiative at Columbia University, described the current higher education situation to Politico as “national chaos.”

Some schools, like Boston University and Colby College, are checking students daily for coronavirus symptoms. Others are setting up quarantine dorms and creating screening stations throughout campus. But many aren’t conducting robust testing of students — in fact, the Centers for Disease Control and Prevention didn’t recommend testing when some colleges opened for summer instruction.

And when things go awry, it’s often students who take the blame for the failure, leading to a rash of suspensions at schools including Syracuse University, the University of Miami, and the State University of New York, among others.

Some argue this is an ineffective strategy given the patchwork of policies employed by universities around the country largely fails to protect students. Julia Marcus, a professor at Harvard Medical School, and Jessica Gold, a professor at Washington University in St. Louis, wrote in the Atlantic this summer:

Relying on the self-control of young adults, rather than deploying the public-health infrastructure needed to control a disease that spreads easily among people who live, eat, study, and socialize together, is not a safe reopening strategy—and yelling at students for their dangerous behavior won’t help either.

That schools would see high case numbers and be forced to move instruction online should have been obvious, a University of North Carolina at Chapel Hill sophomore named Suzy told Nguyen.

“From the moment we stepped foot on campus, I knew we weren’t going to be there for a long time,” Suzy said. “Parents knew. I overheard someone joking that they’ll see their kids in two weeks.”

And this has largely been the case, leaving students frustrated at sudden changes, and upset to learn they would not be attending class in person after paying tuition or making travel plans.

University of North Carolina at Chapel Hill held in-person classes for only one week before shutting down on August 17. Jarrah Faye, a sophomore at UNC and a residential adviser in a first-year dorm, told Nguyen she had to both find new housing for herself and support freshmen moving out while keeping up with online classes.

“Where am I going to live? I have so many questions and so little time to think about what I’m going to do and where I’m going to go,” Faye told Nguyen. “Had this been done better, low-income students like myself wouldn’t have been put in this position of wondering whether our housing will be refunded, or if we’ll have enough money to get food if dining halls close down.”

With cases continuing to climb, colleges are now faced with a new problem: Whether to send students back home to communities where they could continue to spread the virus, as Dr. Anthony Fauci has warned against doing, or risk keeping them on campuses to wait out a pandemic. It’s another piece of the complexities of education in 2020 — but one that many see as a problem that could have been avoided.