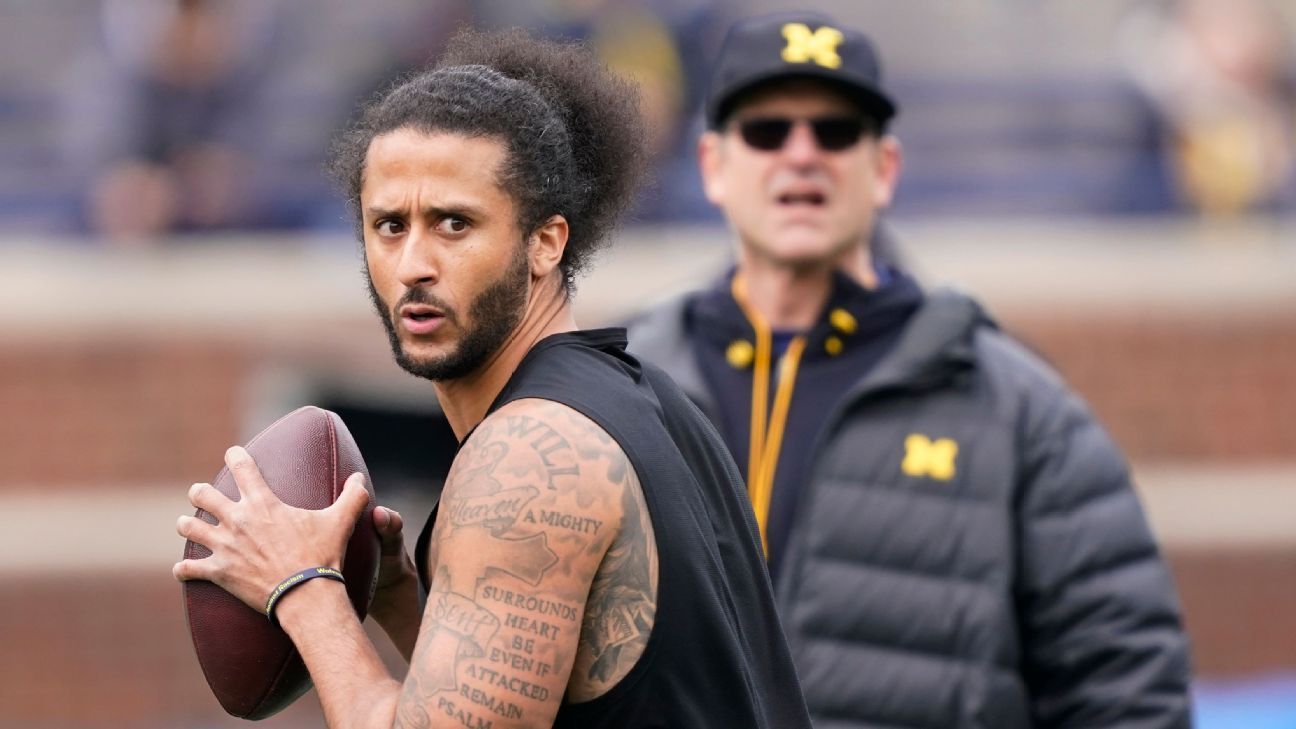 Kaepernick was invited to Michigan by coach Jim Harbaugh, who mentored Kaepernick with the San Francisco 49ers, and was an honorary captain for the spring game. He was joined by producer Spike Lee, who is filming a documentary on Kaepernick as he navigates a job hunt for another spot on an NFL roster.

Kaepernick wasn’t made available to media, but Jeanna Trotman, a reporter for local news affiliate WXYZ, spoke with him on the field about his decision to throw on Saturday.

“We still get out there and sling it,” Kaepernick told Trotman. “Really, getting out here for the exhibition was to show that I can still do it. It’s one of the questions my agent keeps getting, so we want to make sure we can come out, show everyone I can still play, still throw it.”

He said he still believes he can make a team better and help a team win games. NFL reporter Josina Anderson reported on Friday that Kaepernick is open to accepting a backup role if that’s what it takes to facilitate a return to the NFL.

While he was in Ann Arbor, Kaepernick spent time with the Michigan players and was able to throw with Wolverines quarterback Cade McNamara during the week.

“Growing up in Reno, I was a 49er fan. So I always watched Coach Harbaugh as the 49ers and Kap was always the QB,” McNamara said. “But I’ve thrown with him a couple times this week. He’s got a rocket and he can sling it for sure. He’s been nothing but respectful to me.”

Kaepernick told Trotman on the field that he would be willing to do sit-down interviews and a workout if an NFL team is willing to have him. He was hoping this workout would show some scouts that he has stayed in shape and can still play.