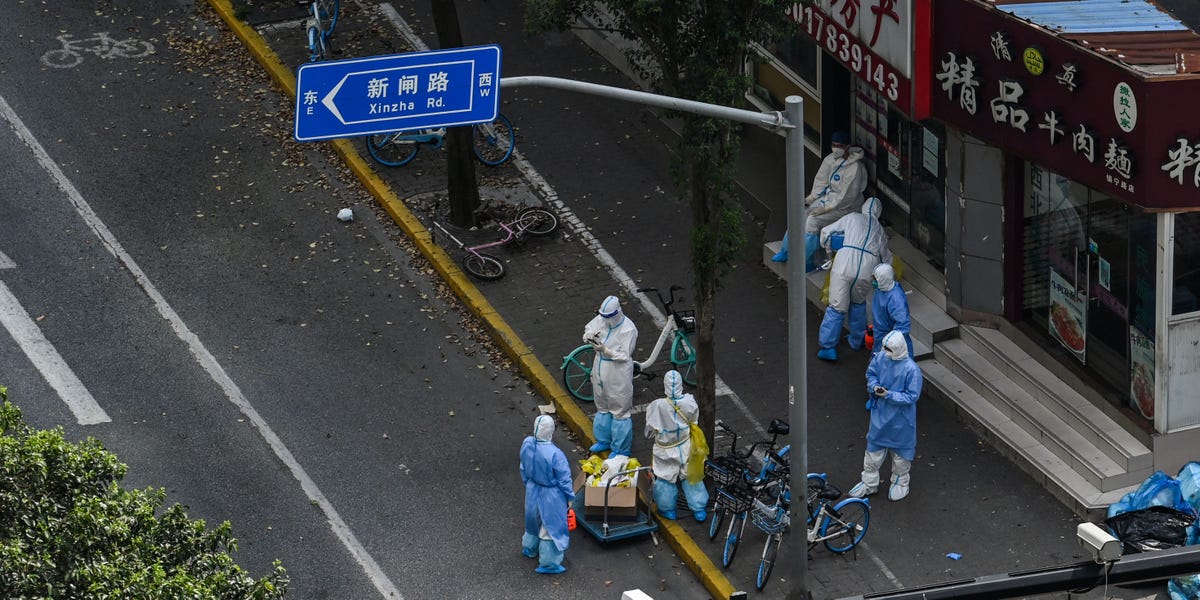 A CNN correspondent living in Shanghai said local authorities taped over his door to check if he left his home amid the city’s stringent COVID-19 lockdown.

“I can’t go outside that door, there’s a seal. If I do, physically I could do it, but I would break the seal, and there’s repercussions for that,” said the outlet’s international correspondent David Culver on Monday.

He added that he had to arrange for an escort if he wanted to leave his house to pick up food deliveries or the local government’s grocery handouts.

Culver said he also had to ration his food supply because grocery delivery services and government food handouts have been choked up due to the citywide restrictions.

“If you thought Wuhan 2020 was bad, welcome to Shanghai 2022,” said Culver. “This has been like no other lockdown. And it’s in the country’s cosmopolitan and most affluent financial hub, of all places.”

Shanghai, a city of 26 million residents, has been locked down since April 1, turning one of the world’s busiest financial hubs into a ghost town.

In a firsthand account published the same day, Culver wrote that the government’s grocery deliveries arrive once every few days and include items ranging from traditional Chinese medicine to pieces of vacuum-sealed pork. He added that the amount provided was not enough to feed even one person for a day.

Culver wrote that he had resorted to placing multiple grocery orders at the same time. when one delivery arrived at his front gate at midnight, he had to wait until 6 a.m. for the personnel overseeing his compound to retrieve it.

The only times he has been allowed to leave his apartment are for Covid tests, which are conducted within his residence’s compound, Culver wrote.

He and his neighbors resorted to exchanging food items by leaving them at pre-arranged spots whenever they were led out of their apartments to get tested — a tactic also used by residents from Xi’an, another Chinese megacity locked down in December.

Shanghai’s response to its Omicron outbreak was initially meant to be rolled out in two phases involving separate halves of the city. However, as the number of cases detected continued to swell, restrictions for the entire city were extended indefinitely.

Public transport has also been suspended, and most non-essential businesses such as restaurants and shopping malls have been ordered to close. Only healthcare workers, volunteers, and delivery personnel are allowed outside.

Local authorities promised on Monday to eventually allow residents to leave their homes for “appropriate” activities if their compound reports zero infections, the outlet reported.