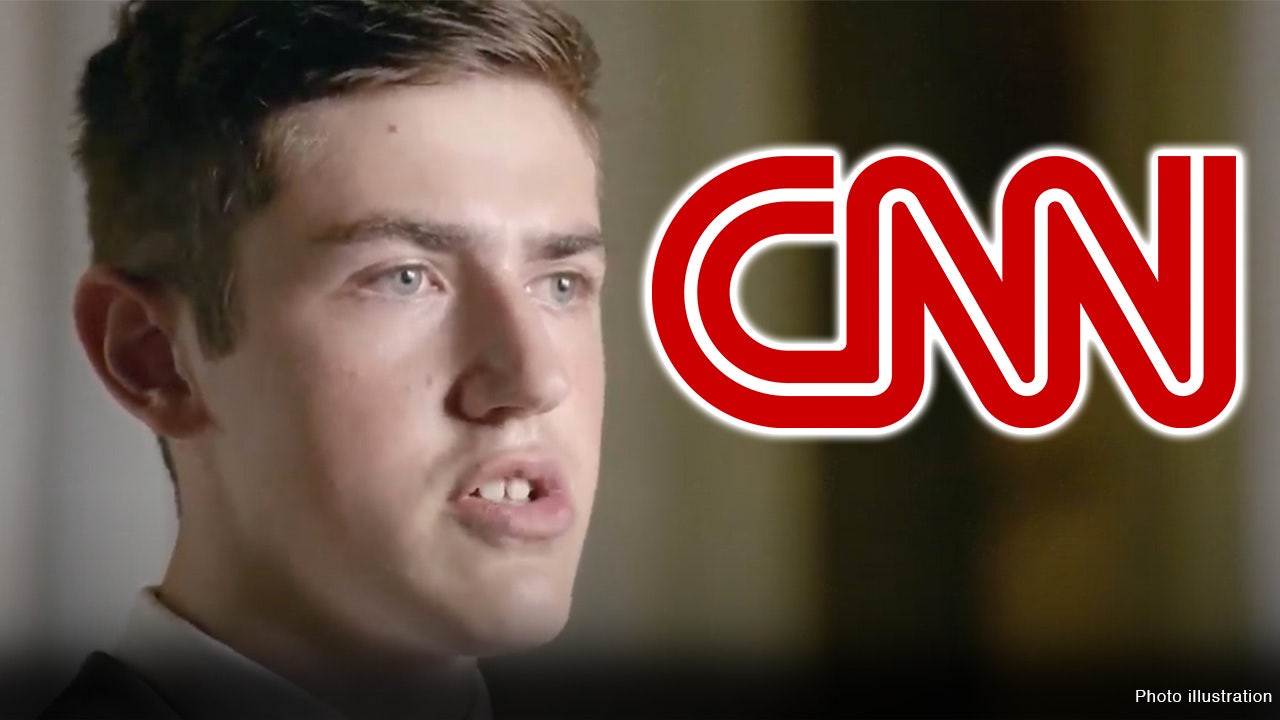 Nicholas Sandmann made a return to CNN’s airwaves Tuesday night, this time on his own terms.

The Covington Catholic High School graduate addressed the Republican National Convention months after settling a multi-million dollar defamation lawsuit with the cable news channel over its coverage of a viral confrontation with a Native American elder that had portrayed the Kentucky teen as the aggressor. The Washington Post settled a similar lawsuit brought by Sandmann last month.

Sandmann’s speech was preceded by a montage of the media coverage the MAGA hat-wearing student received. Among the clips was a soundbite from CNN anchor Don Lemon, who said at the time, “The MAGA hat carries a certain connotation that provokes a conditioned reaction.”

Speaking in front of The Lincoln Memorial, where the confrontation took place, Sandmann told his side of the story.

“Looking back now, how could I have possibly imagined that the simple act of putting on that red hat would unleash hate from the left and make myself the target of network and cable news networks nationwide?” he wondered. “While the media portrayed me as an aggressor with a relentless smirk on my face, in reality, the video confirms I was standing with my hands behind my back and an awkward smile on my face that hid two thoughts: One, don’t do anything that could further agitate the man banging the drum at my face. And two, I was trying to follow a family friend’s advice never to do anything to embarrass your family, your school, or your community.”

The Covington graduate said his life “changed forever in that one moment” because the “full war machine in the mainstream media revved up into attack mode.”

“Do you know why? Because the truth was not important,” Sandmann continued. “Advancing their anti-Christian, anti-conservative, anti-Donald Trump narrative was all that mattered. And if advancing their narrative ruined the reputation and future of a teenager from Covington, Kentucky, well so be it. That would teach him not to wear a MAGA hat.”

Sandmann explained that he was “being canceled” and said similar treatment is being dished out to people across the country who “refuse to be silenced by the far left,” with the media “a willing participant.”

“But I would not be canceled,” Sandmann declared. “I fought back hard to expose the media for what they did to me and I won a personal victory. While much more needs to be done, I look forward to the day that the media returns to providing balanced, responsible, and accountable news coverage.”

At the end of the video, Sandmann expressed his support for President Trump and put on the iconic MAGA hat.

Critics had some fun on social media at the expense of CNN for airing the segment.

CNN’S STELTER ACCUSED OF BREACHING NETWORK’S CONFIDENTIALITY AGREEMENT WITH SANDMANN: ‘MAY COST HIM HIS JOB’

“This is a fun segment for CNN to air,” conservative commentator Stephen Miller tweeted.

The initial controversy began after a video clip depicted the “MAGA” hat-wearing student smiling at Native American elder Nathan Phillips as he beat a drum and chanted while surrounded by Sandmann’s peers, who all had joined in on the chant in front of the steps of the Lincoln Memorial.

However, several mainstream media outlets, including CNN and The Washington Post, portrayed the teens as racially motivated aggressors before additional footage was discovered showing a group of Black Hebrew Israelites had provoked the confrontation by slinging racial slurs at the students as they were waiting for their bus following the 2019 March For Life in Washington D.C.

Footage then showed Phillips, who was in town for the Indigenous Peoples March, approaching the students amid the rising tension between the two groups.