Clues to Puebloan History Drip Away in Melting Ice Caves 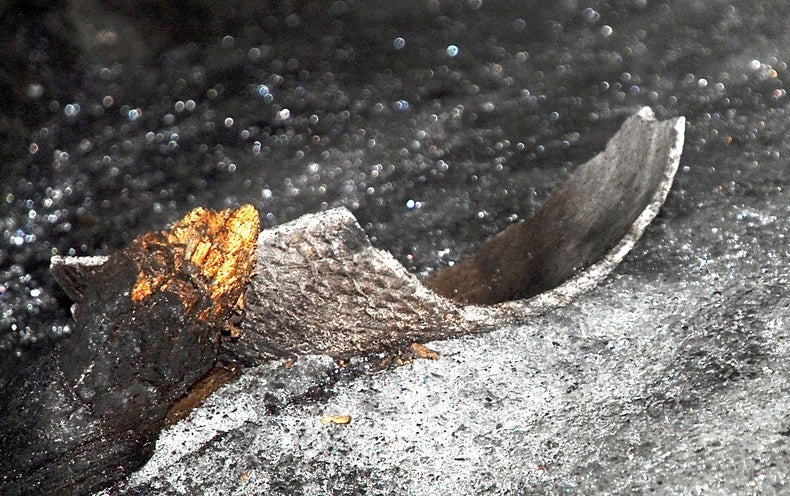 Scientists are working fast to sample cores from the deposits, which likely formed thousands of years ago. Rising global temperatures have made it warm enough that the ice is beginning to disappear from the sites at El Malpais National Monument.

“Our wish is to try and find as much climate information as possible, because this ice is going away,” said Bogdan Onac, the lead researcher on the study.

Evidence in the ice cores suggests the caves were used more intensely during periods of drought, based primarily on data from tree rings in the southwest, according to the report, published Wednesday in Scientific Reports.

The cores also provide valuable information for scientists interested in understanding weather patterns in New Mexico and the surrounding region. That includes the severity and cause of local droughts.

Tree ring information, a common tool to study historical weather patterns, can provide a rough look at the amount of moisture in a place each year. But ice contains oxygen and hydrogen isotopes that can mark how precipitation in the region would have been influenced by La Niña and monsoon season, indicating shifts in regional weather patterns.

This information can be used to better prepare scientists for a region rapidly being altered by climate change.

Kenny Bowekaty, a longtime archaeologist, tour guide and member of the Ashiwi people in the nearby Pueblo of Zuni, said the people in the region who were around during the study period likely would have used the caves for religious purposes, as well as to store animals hunted nearby.

“Ice to the Ashiwi people is still a resource of life,” Bowekaty said. “There’s a lot of compounded uses for what would have been considered ice caves.”

Bowekaty said that one group of people in particular ventured north from the present-day Zuni settlement and into more mountainous regions, where ice would have been more common. When they came back, the caves would have been one of the few places to find ice in the summer months.

As late as the early 1900s, Ashiwi people made pilgrimages to the caves for religious purposes, Bowekaty said. But in recent years, the sites have become more restricted as the ice melts.

Now, archaeologists are working against the clock to preserve information from the historic deposits before it’s too late.

“With the ice caves and the water resources, I think everyone is aware of global warming here,” Bowekaty said. “It’s the behavior of our planet, our mother, and of course, like life and like all of us, she is still growing, and so how far we have as a planet is not known.”