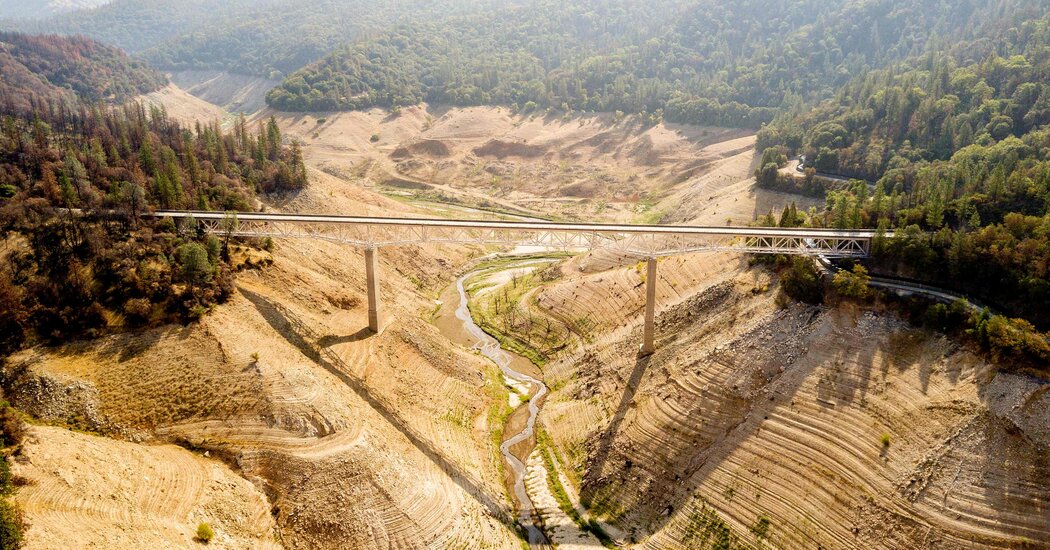 After a summer of blistering heat across much of the country, the hotter-than-normal conditions that have contributed to severe drought across the West are forecast to continue into the fall, scientists with the National Oceanic and Atmospheric Administration said Thursday.

Five states had their warmest June through August in 127 years of record-keeping. Not coincidentally, two of those states — California and Oregon — experienced some of the largest fires in their history, as the high temperatures contributed to extra-dry soils and vegetation that helped fires spread quickly.

Scott Handel, a meteorologist with NOAA’s Climate Prediction Center, said during a news conference that the forecast for October called for above-normal temperatures across much of the country, with only the Pacific Northwest and the Gulf States likely to have near-average temperatures.

If that holds, the withering drought that currently ranges from the West Coast through the Southwest, the Rockies, the Northern Plains and into Central Minnesota will likely expand eastward. Eastern New Mexico and Eastern Colorado and nearly all of Texas, Oklahoma and Nebraska are likely to begin experiencing drought conditions.

The drought has had devastating effects across the West. Water allotments in California’s Central Valley have been sharply cut, forcing some farmers to fallow fields or otherwise reduce production. The federal Bureau of Reclamation declared its first-ever water shortage on the Colorado River. And with little feed for their cattle, ranchers in the Northern Plains have been forced to sell off parts of their herds.

But the forecast holds some better news for the Pacific Northwest. Above-average precipitation that is expected in that region should lessen drought conditions there, the NOAA scientists said. Much of the East Coast and the Upper Midwest are expected to be wetter than normal as well.

Those wet conditions are expected to continue into the late fall and early winter, with La Niña likely to develop toward the end of the year as sea-surface temperatures fall below normal in the equatorial Pacific Ocean.

The drop in ocean temperatures leads to changes in atmospheric circulation that can affect weather elsewhere. In the United States, La Niña often, although not always, means warmer and drier conditions across Southern California, the Southwest and Southeast, and colder and wetter conditions across much of the northern part of the country.

The NOAA seasonal forecast for October through December, also released Thursday, reflects this potential influence. Most of the lower two-thirds of the country are forecast to be warmer than average over those three months. Wet conditions are expected to continue in the Pacific Northwest and in parts of the Upper Midwest, Northern New York State and Northern New England.

Much of the lower third of the country is expected to remain drier than normal through the end of the year, which when coupled with the warm conditions suggests no end to the drought anytime soon.

Average temperatures for the Lower 48 states for the three months from June through August were tied with 1936 — during the Dust Bowl — for the highest on record, according to Karin Gleason, a climatologist with NOAA’s National Centers for Environmental Information.

Ms. Gleason said that with natural climate variability, “next year or the year after you might not see a summer like we had this year.”

But in a warming world, she added, “in general you’d expect to see more warm extremes occur more frequently.”