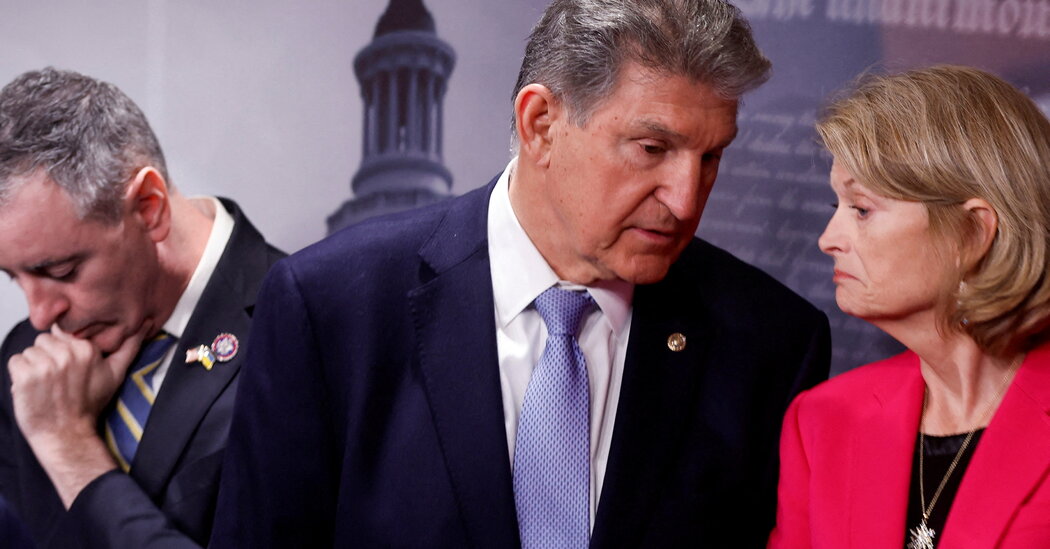 None of which loosens the political vise the White House finds itself in. The bank J.P. Morgan has predicted that oil prices could jump more than 30 percent — reaching as high as $185 dollars a barrel — if buyers keep shunning Russian oil, ban or no ban. And Republicans aren’t likely to cut Biden a break if and when that happens.

Populists: Go after the oil companies

Politically, high oil prices are a nightmare. They make it difficult for Democrats to promote their stewardship of the economy, because they must temper any boasts about the fast growth in jobs and GDP on their watch with expressions of concern for the real pinch that many Americans are feeling.

A third round of talks. Ukrainian and Russian delegations met for another negotiating session and agreed to try again to open humanitarian corridors for civilians leaving Ukrainian cities under attack, but made no progress on ending the war.

Climate hawks propose a way out of this jam: Democrats should brand themselves as the party of future, not the past, they say. That means unapologetically embracing new technologies like electric vehicles while portraying oil as yesterday’s energy solution.

And he rejects the advice some pundits have offered Biden: a Jimmy Carter-like call for national sacrifice at a time of crisis abroad.

Tom Matzzie, a former Washington campaign director for MoveOn.org, who now runs a company that builds solar farms, suggested Biden go after the oil companies, emphasizing any ties they have to Russia and investigating “war profiteering” they might be doing.

“They’re trying to take advantage of the situation in Ukraine and pretend they have a solution when they don’t,” Matzzie said, of the companies that are calling on Biden to repeal a moratorium on drilling on federal land.

Others worry that high oil prices will push Americans into embracing fossil fuels at the very moment they should be shifting away from them as fast as possible. Facing the prospect of a disastrous midterms, Democrats could follow suit.