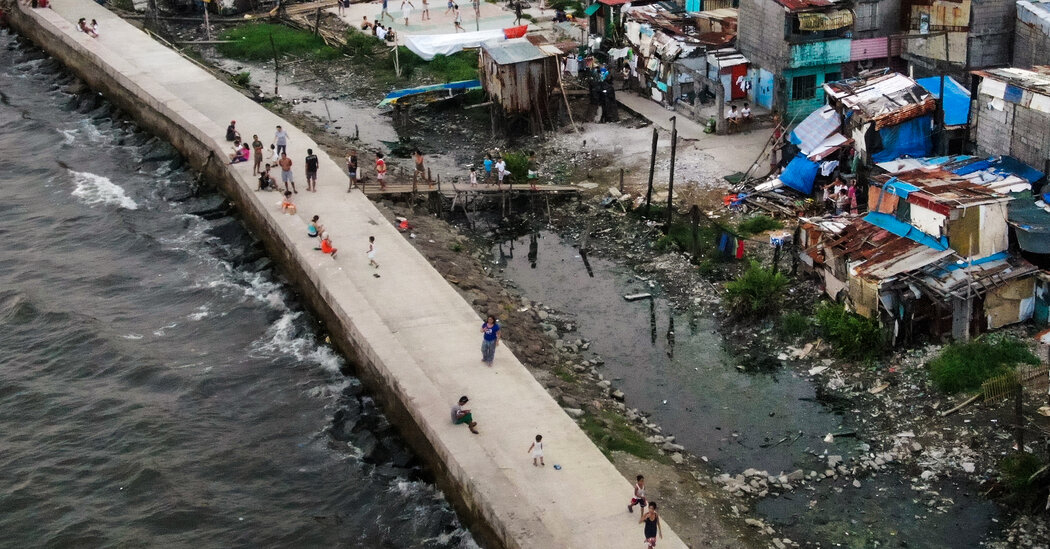 If average warming passes 1.5 degrees Celsius, even humanity’s best efforts to adapt could falter, the report warns. The cost of defending coastal communities against rising seas could exceed what many nations can afford. In some regions, including parts of North America, livestock and outdoor workers could face rising levels of heat stress that make farming increasingly difficult, said Rachel Bezner Kerr, an agricultural expert at Cornell University who contributed to the report.

“Beyond 1.5, we’re not going to manage on a lot of fronts,” said Maarten van Aalst, the director of the Red Cross Red Crescent Climate Center and another author of the report. “If we don’t implement changes now in terms of how we deal with physical infrastructure, but also how we organize our societies, it’s going to be bad.”

Poor nations are far more exposed to climate risks than rich countries. Between 2010 and 2020, droughts, floods and storms killed 15 times as many people in highly vulnerable countries, including those in Africa and Asia, than in the wealthiest countries, the report said.

That disparity has fueled a contentious debate: what the industrialized nations most responsible for greenhouse gas emissions owe developing countries. Low-income nations want financial help, both to defend against future threats and to compensate for damages they can’t avoid. The issue will be a focus when governments meet for the next United Nations climate summit in Egypt in November.

“Climate change is the ultimate injustice,” said Ani Dasgupta, the president of the World Resources Institute, an environmental group. “People with the fewest resources, those least responsible for the climate crisis, bear the brunt of climate impacts.” He added, “If you don’t live in a hot spot, imagine instead a roof blown away, a village well overwhelmed by salt water, a failed crop, a job lost, a meal skipped — all at once, again and again.”

The report, which was approved by 195 governments, makes clear that risks to humans and nature accelerate with every additional fraction of a degree of warming.

At current levels of warming, for example, humanity’s ability to feed itself is already coming under strain. While the world is still producing more food each year, thanks to improvements in farming and crop technology, climate change has begun slowing the rate of growth, the report said, an ominous trend that puts future food supplies at risk as the world’s population soars past 8 billion people.