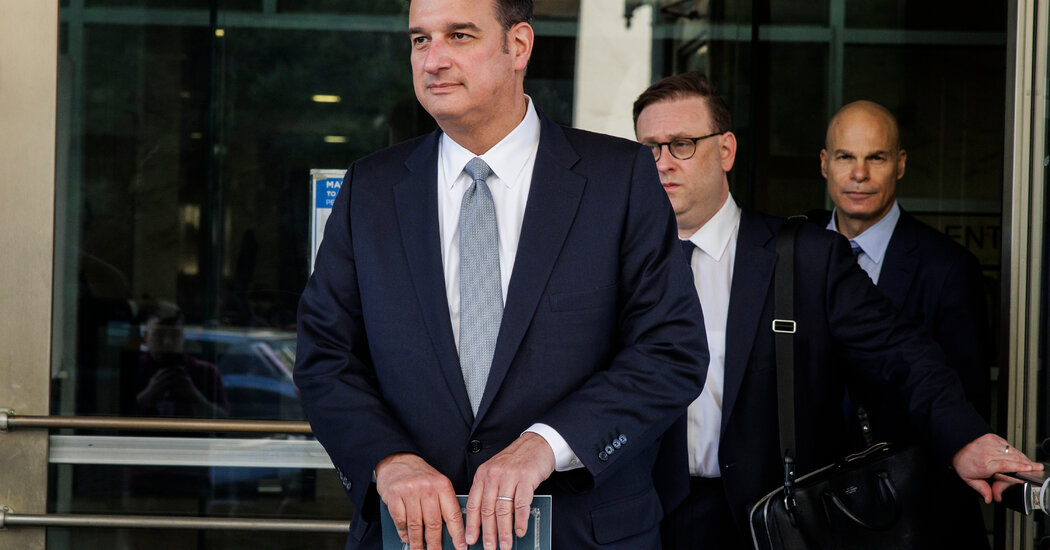 WASHINGTON — Prosecutors and defense lawyers clashed in opening arguments on Tuesday in the trial of Michael Sussmann, a cybersecurity lawyer with links to Democrats who has been charged by a Trump-era special counsel with lying to the F.B.I. in 2016 when he brought the bureau a tip about possible Trump-Russia connections.

Deborah Shaw, a prosecutor working for the Trump-era special counsel, John H. Durham, told a federal jury that Mr. Sussman was in part representing Hillary Clinton’s presidential campaign at the time. But he claimed to the F.B.I. that he was not bringing the tip on behalf of any client because he wanted to conceal his ties to Mrs. Clinton’s campaign.

Whether one loves or hates former President Donald J. Trump, Ms. Shaw said, the F.B.I. needs to know the truth “and should never be used as a political pawn.”

But a defense lawyer, Michael Bosworth, argued to the jury that Mr. Sussmann did not lie to the F.B.I. when he relayed the suspicions. No one at the Clinton campaign told Mr. Sussman to take the matter to the F.B.I., Mr. Bosworth said.

Mr. Bosworth did acknowledge that Mr. Sussmann was representing the Clinton campaign when he reached out separately to a reporter then at The New York Times about the suspicions. The move led the bureau, Mr. Bosworth said, to try to delay any news article while they investigated.

“The meeting with the F.B.I. is the exact opposite of what the campaign would have wanted,” Mr. Bosworth said, adding: “They wanted a big story that hurts Trump and helps them. He was there to help the F.B.I.”

The contrasting narratives were a highlight of the first day of the trial, which is expected to take about two weeks. Witnesses may include Marc Elias, who was then Mr. Sussmann’s law partner as well as the general counsel of the Clinton campaign, and James Baker, who was then the F.B.I.’s general counsel.

The case centers on a meeting Mr. Sussmann had with Mr. Baker in September 2016, when Mr. Sussmann told Mr. Baker about some odd internet data and analysis by cybersecurity researchers who had said it might be a sign of a covert communications channel using servers for the Trump Organization and Alfa Bank, a Kremlin-linked financial institution. The F.B.I. investigated the matter but concluded the concerns were unsubstantiated.

Although the false-statement charge against Mr. Sussmann is narrow, the case has attracted broad attention. It is the first developed by Mr. Durham, and the special counsel has used court filings to insinuate that Clinton campaign associates sought to frame Mr. Trump for colluding with Russia.

It has been clear for months that the trial will turn in part on how to interpret what it means to bring information to the F.B.I. “on behalf” of a client. But the rival opening statements brought into sharper relief another dispute: Mr. Sussmann’s understanding of the status of a potential New York Times article.

Ms. Shaw maintained that Mr. Sussmann and others decided to bring the information to the F.B.I. “to create a sense of urgency” when a Times reporter with whom he had previously shared the Alfa Bank allegations, Eric Lichtblau, did not swiftly publish a story about them.

But Mr. Bosworth argued that Mr. Sussmann believed The Times was on the cusp of publishing the article when he reached out to the F.B.I. Mr. Sussmann, he emphasized, had been a federal prosecutor and had worked with the F.B.I. for years and wanted to give it advance warning so it would not be “caught flat-footed.”

Mr. Lichtblau, who no longer works for The Times, may testify. In the meantime, some things remain unclear about the status of the potential article he was drafting. Mr. Baker has testified to Congress that the F.B.I. asked The Times “to slow down” on publishing it. But news reports have indicated that editors were not ready to run that article anyway.

Mr. Sussmann was given the data and analysis by Rodney Joffe, an internet entrepreneur and expert in domain name systems who was already his client. The analysis had been developed by a group of data scientists who specialized in analyzing DNS data for signs of cyberthreats, and who eventually started working with him.

After opening arguments, two F.B.I. agents testified. The first explained technical details to the jury about so-called DNS data, a type of internet log that was the basis for the suspicions.

The second agent, Scott Hellman, an F.B.I. cybercrime specialist who was part of a two-person team that performed a quick initial assessment of the materials Mr. Sussmann had provided to Mr. Baker, testified that he was skeptical of its methodology and conclusions.

Among other things, Mr. Hellman said, he did not think it made any sense that anyone would use a server with Trump’s name on it for a secret channel. He also testified that he had been frustrated that Mr. Baker did not tell him from whom he received the data.

The prosecution and defense appeared to be putting different emphasis on a matter that formed the backdrop to the constellation of events at issue in the trial: Russia’s interference in the 2016 election.

In her opening statement, Ms. Shaw told the jury that Mr. Sussman had represented the Democratic National Committee when it was hacked in the spring of 2016, but she omitted the fact that Russia was the perpetrator.

Mr. Bosworth, by contrast, emphasized to the jury that the onset the events took place “at a time when questions were swirling about Donald Trump’s connections to Russia.”