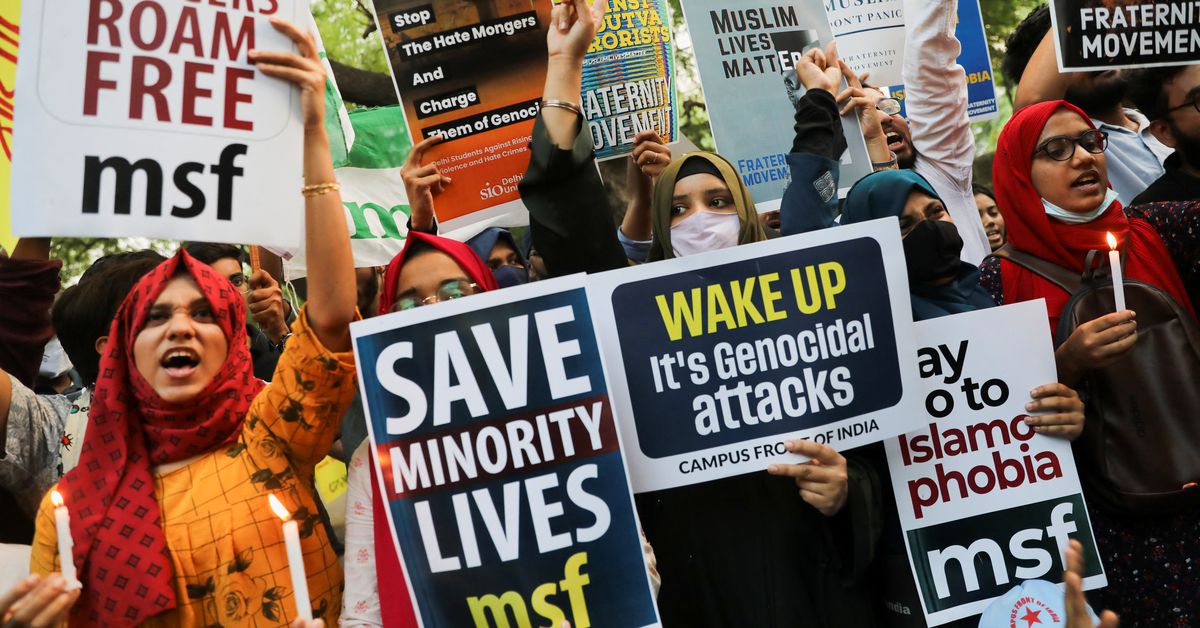 Eyewitnesses told Reuters that the violence erupted between Muslims and Hindus during the procession in Jahangirpuri, a suburb of New Delhi. Police said they were still investigating.

“We are still assessing how many people are injured… some policemen have also been hurt,” said Deependra Pathak, a police official in Jahangirpuri, wearing riot gear.

The violence broke out during a procession to mark the Hindu festival of Hanuman Jayanti, police said without giving more details.

The clashes last Sunday during a religious festival prompted police to impose a curfew in one town and ban gatherings of more than four people in parts of the states.

Local authorities tore down the homes and shops of suspected Muslim rioters in central Madhya Pradesh state in the aftermath of violence that broke out during the Hindu festival of Ram Navami, according to a police official who did not want to be named.

In Modi’s home state, Gujarat, authorities demolished makeshift shops belonging to those they said were involved in the riots in which one man was killed, said an official in Anand district in Gujarat, where the clashes erupted.

Police and local authorities told Reuters after the clashes that they were free from bias and acting within the law.

Leaders of 13 opposition parties have issued a joint statement calling for peace and harmony and after the religious clashes.

“We are extremely anguished at the manner in which issues related to food, dress, faith, festivals and language are being deliberately used by sections of the ruling establishment to polarize our society,” the leaders said.

Police in India’s most populous state of Uttar Pradesh on Friday arrested nine people from a hardline Hindu group suspected of torching the home of a Muslim man who married a Hindu woman.

Additional reporting by Saurabh Sharma in Lucknow and Sumit Khanna in Ahmedabad, Writing by Shilpa Jamkhandikar, Editing by Rupam Jain and Ros Russell