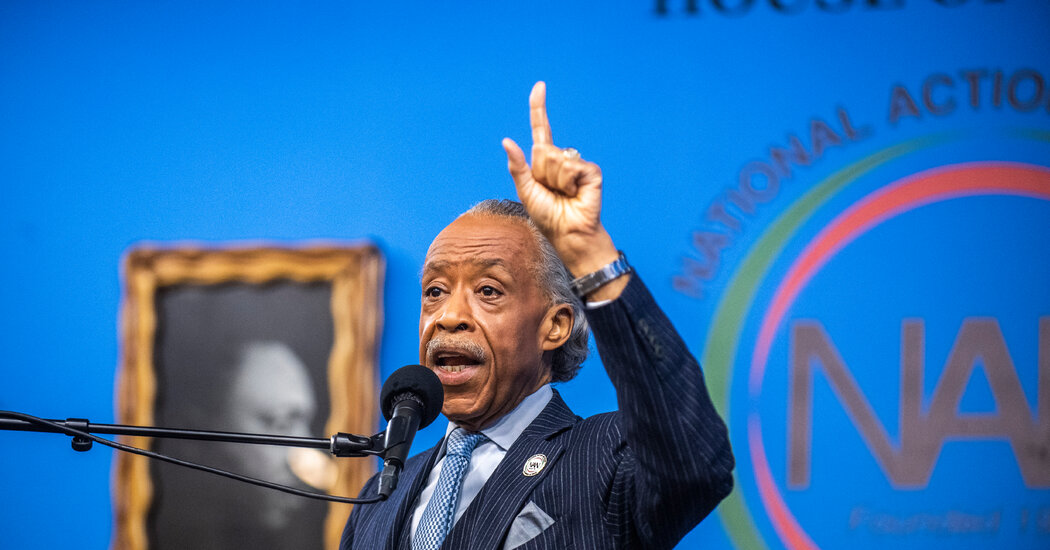 National civil rights leaders hailed the conviction of Ahmaud Arbery’s killers on federal hate crimes charges as a victory for racial justice. But they also called it a reflection of the determination of Mr. Arbery’s mother, who had vowed to keep fighting for her son.

The three defendants — Travis McMichael, Gregory McMichael and William Bryan, who were already convicted of murder last year in state court — faced a series of charges that essentially said they were motivated by deep-rooted racism. In the weeklong trial, federal prosecutors unleashed a mountain of racially hostile texts and social media conversations to prove how the men thought of Black Americans.

Prosecutors said that thinking motivated the defendants in February 2020, when they chased and shot Mr. Arbery while he jogged in a neighborhood near Brunswick, Ga.

The Rev. Al Sharpton called the verdict “precedent setting” on Twitter. “Even in the Deep South the Feds will convict you of hate actions,” he wrote. “I salute Ahmaud’s parents for forcing the trial.”

Derrick Johnson, president of the N.A.A.C.P., noted that the verdict arrived one day before the second anniversary of Mr. Arbery’s death. “Two years ago today, none of us knew of Ahmaud Arbery,” he said. “But two years ago tomorrow, his story shook the conscience of our nation and world. Ahmaud Arbery was lynched in broad daylight, and today’s verdict brings us one step closer to justice.”

Sherilyn Ifill, president of the NAACP Legal Defense and Educational Fund, noted the persistence of Mr. Arbery’s mother, who, along with other family members, pleaded with the judge not to accept plea deals from two of the defendants, but rather to push forward with the federal trial.

“The tenacity, courage and determination of Wanda Cooper Jones, the mother of Ahmaud Arbery, must be recognized and lauded,” Ms. Ifill said. “She was determined that this prosecution would move forward.”

Marc H. Morial, chief executive of the National Urban League, said it was clear that the three men’s racial hatred of Black Americans drove their action and their callousness. “They saw no value in a Black man’s life,” Mr. Morial said. “The case was made by their own words.”

Ben Crump, the lawyer for Mr. Arbery’s family, said the trial marked the end of a painful two-year journey for justice. That included making sure their son was humanized every step of the way.

“For the last 24 months, they’ve dedicated themselves to getting justice for their son. They’ve had to relive his brutal murder, watch and listen as he was demonized in court, and fight to share with the world who Ahmaud Arbery was and who he could have been, had his young life not been so violently cut short.”

Mr. Crump added: “Ahmaud Arbery was denied the opportunity to define his own legacy, but America, we have the power to ensure that it is one that propels our fight for equal justice and dispels hate from this world. That is how we continue to honor Ahmaud and make sure his death was not in vain.”