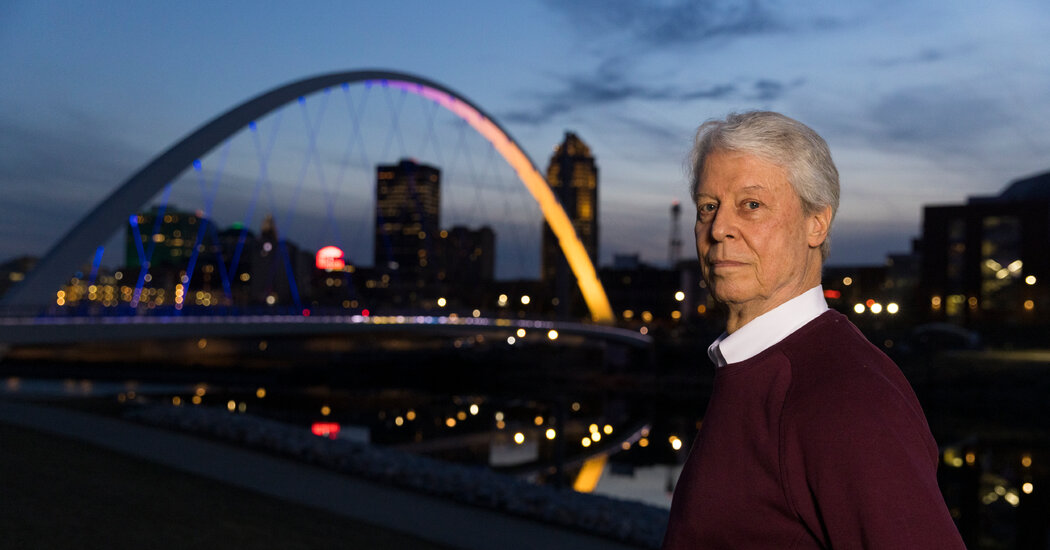 At the height of the Cold War, as the deep chill in diplomatic relations between the United States and the Soviet Union persisted, pairs of cities across both countries embraced an idealistic mission: to form cultural and political bonds as “sister cities.” Now, with Russia’s invasion of Ukraine in its fourth bloody week, those ties appear to be fraying as never before.

Across the United States, governments in cities including Chicago, Dallas and Des Moines have moved to suspend decades-long relationships with Russian sister cities as a statement of condemnation of Russia’s attack.

The invasion is “perhaps the greatest challenge between our two countries in more than a half century,” Mayor Franklin Cownie of Des Moines wrote in a letter to the head of administration of the Russian city of Stavropol last week after the City Council unanimously decided to suspend the sister city relationship. “This is an act of unprecedented aggression that we, as two longtime friends, cannot ignore or disregard,” he wrote.

Plans in Iowa to send a delegation to Stavropol to celebrate the 30-year anniversary of the relationship in July have been called off.

While many sister city partnerships are largely symbolic, the decisions to end or suspend them points to a broader unraveling of ties between the United States and Russia, in which even relationships between private citizens are becoming strained.

The collapse of these ties comes as many companies and organizations are halting operations in Russia. Major multinational corporations like McDonald’s and Starbucks have temporarily closed locations across the country. International sports leagues have barred Russian teams from events. An international oncology network announced that it would pull out of all collaborations in Russia.

“We all turn on the TV and see pregnant mothers being murdered and civilians losing lives and cities being destroyed,” said Sean Spiller, mayor of Montclair, N.J., who sent a letter to his Russian counterpart in Montclair’s sister city Cherepovets threatening to break the cities’ ties last week.

“There is always a value to exchanging ideas — but there’s also a time and a place for that,” Mr. Spiller said. “And I think the time and place is not when your country’s dictator is in a war of aggression against an innocent neighbor.”

There are 68 official sister city relationships between U.S. and Russian cities, according to Sister Cities International, a citizen diplomacy nonprofit. In some cities, the relationships have existed largely on paper, with leaders exchanging intermittent letters of support. In others, the partnerships have been more substantive, with city leaders making regular visits, and students, business leaders and doctors participating in exchange programs.

“We must not hold the families of our sister cities responsible for the actions of a nationalist tyrant,” Mr. Poe wrote. “Rather, we need to strengthen our resolve to build on person-to-person leadership and celebrate citizen diplomacy.” The City Council of Tallahassee voted unanimously two days later to sever its ties with Krasnodar.

Gainesville’s ties to Novorossiysk date to 1982, when Gainesville became among the first cities to launch a sister city relationship with a city in the Soviet Union. Nearly every Gainesville mayor has visited at least once during the leader’s term ever since.

“I kind of liken it to getting married,” said Steve Kalishman, executive director for the Sister City Program of Gainesville, of the commitment made by the two cities. And he would know: He met his wife in Novorossiysk in 1976 while working on a commercial ship transporting grain to the Soviet Union. After getting married and moving to Gainesville, the couple pushed the city to pass a resolution making Novorossiysk its sister city. The two hand-delivered the resolution to the city government in Novorossiysk along with a symbolic large golden skeleton key.

An attack in the west. A missile strike rattled the outskirts of Lviv, a western city that has been a haven for people fleeing areas under siege. The mayor of the city said several missiles had struck an aircraft repair plant at the airport in Lviv, destroying the buildings.

A looming energy crisis. The International Energy Agency said that the repercussions of Russia’s invasion of Ukraine are likely to intensify over the next several months, and nations around the world should respond by reducing their use of oil and gas.

The relationship became one of the few channels of communication between the Soviet Union and the United States at the time.

“Ordinary American and Soviet people could not communicate with each other — you had to book a phone call 24 hours in advance and sit by the phone until it rang,” Mr. Kalishman said. As the threat of nuclear war loomed, he founded an organization called Citizen Diplomacy Initiatives and began fielding calls from city officials across the United States hoping to create channels for communication between the two nations.

In a letter to its members in late February, Sister Cities International pleaded with city leaders to maintain ties to their Russian counterparts.

“While suspending or ending a sister city relationship to register disapproval of a foreign government’s actions may seem, on the surface, like a positive policy protest action, it has the complete opposite effect — closing a vital and, ofttimes, last channel of communication with vulnerable or isolated populations,” wrote Leroy Allala, president of Sister Cities International.

Cutting off business ties can send a persuasive message, but severing ties among independent citizens does not, he said.

Especially now, as Russians are struggling to overcome digital barricades erected by President Vladimir V. Putin in recent weeks, sister city advocates say these lines of communication are more important than ever.

“Unfortunately, it’s the same reason that it’s important now as it was in the early ’80s,” said Mr. Kalishman, adding, “We’ve sort of reverted back to the Cold War now.”