Cities Lost Population in 2021, Leading to the Slowest Year of Growth in U.S. History 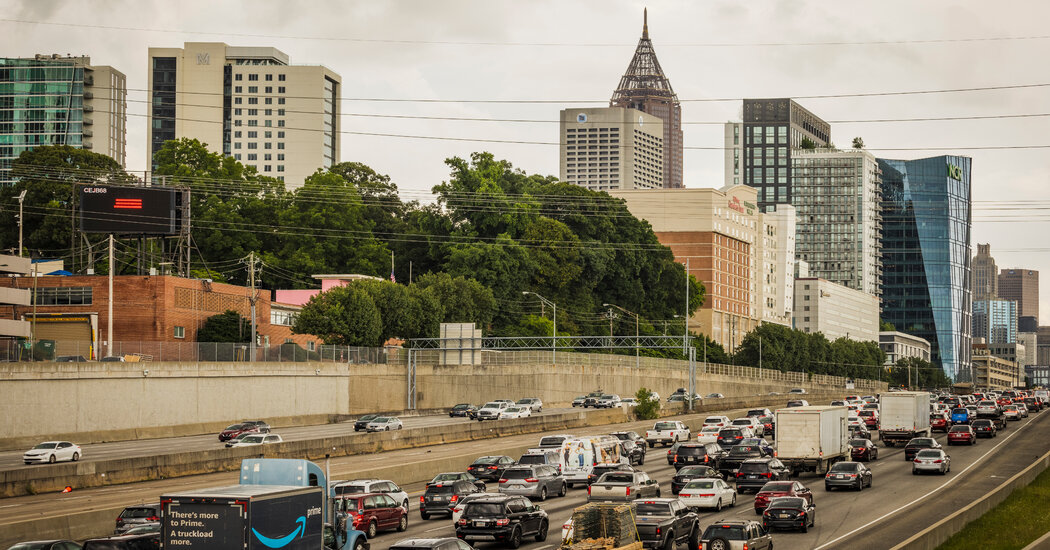 Substantial population loss in some of the nation’s largest and most vibrant cities was the primary reason 2021 was the slowest year of population growth in U.S. history, new Census data shows.

Although some of the fastest growing regions in the country continued to boom, the gains were nearly erased by stark losses last year in counties that encompass the New York, Los Angeles and San Francisco metropolitan areas.

The pandemic played a role, as the number of people dying rose substantially and many Americans left cities for smaller places. But experts say that skyrocketing housing costs were also to blame, and that some of the changes are a continuation of fundamental shifts in American demographics that began before the pandemic, such as the steadily falling birthrate and steep drop in immigration.

New York, Los Angeles, Chicago and San Francisco lost a total of over 700,000 people from July 2020 to July 2021, according to the Census Bureau. Meanwhile, Phoenix, Houston, Dallas, Austin and Atlanta gained more than a total of 300,000 residents. And there was also substantial growth in some rural areas and smaller cities like Boise, Idaho, and Myrtle Beach, S.C.

But the 10 fastest growing counties last year accounted for nearly 80 percent of the national total, a testament not so much to the rapid pace of change in these places, but to the lack of significant growth in the rest of the nation. The bureau had previously called 2021 the slowest population growth year on record, with the nation growing by just 0.1 percent.

Population loss, particularly of working-age adults and their children, can separate extended families and lead to funding cuts and labor shortages in schools, health care facilities and other services that are essential to the residents who remain.

The pattern is a notable contrast from a decade ago, when large cities were growing, bolstered by a decades-long boom in immigration and the rising popularity of urban living. At that time, most of the counties losing population were rural or experiencing economic decline.

In the years immediately preceding the pandemic, those factors began to shift. Immigration slowed, urban housing costs rose, and suburban and exurban growth began picking up steam, trends that continued through the pandemic.

The virus wrought other changes. Because Covid-19 caused so many deaths, only 828 counties had more births than deaths in 2021, the figures show, down from more than 1,900 a decade ago.

And the rise of remote work made it less of a requirement for many workers to live in expensive cities to take advantage of high-paying jobs.

The decline in fertility started a decade ago during the Great Recession, and reflects the ways in which women and men of the Millennial generation are prioritizing education and work, delaying marriage and parenthood, and struggling to gain their economic footing as they deal with student debt, slow wage growth and steep housing costs.

Alison Grady and Ernest Brown, both 31, moved to Atlanta from Oakland, Calif., in March 2021 after nearly five years of living with roommates to save money on rent. Most recently, they had paid $1,500 a month for one room in a three-bedroom, 1,200-square-foot apartment that they shared with two friends.

The couple, who plan to marry and start a family, had wanted to buy a home in Oakland, but they found that houses in move-in condition started at $700,000, which was more than they could comfortably afford.

As they worked from home during the pandemic, and the virus and wildfires curtailed their social life, they spent more time in their cramped apartment and questioned whether it was worth it. They eventually decided to return to Atlanta, where they had met in 2014. They were able to buy a 1,000-square-foot, two-bedroom apartment for $315,000. And they no longer have roommates.

“The price of living in the Bay Area was so out of sync with the quality of life we were getting,” said Ms. Grady, a public health strategist.

Cities like New York and Los Angeles remain alluring, as evidenced by bidding wars for homes and big companies investing in office space. But many residents have been pushed away by a lack of affordable housing, as well as by pandemic-related changes to how they order their priorities.

Across the nation, counties with more modest housing costs gained in population, the data showed.

Five years ago, counties ranking above the 90th percentile for housing stress — a measure of housing costs as a share of income — accounted for a third of the nation’s population growth, suggesting that the high prices represented high demand.

But in 2021, those counties were net population losers, suggesting that costs have gotten out of hand.

In the Los Angeles area, for example, nearly half a million renters do not have access to an affordable unit, according to a 2021 report from the California Housing Partnership. For this group — including essential workers such as home health aides, janitors, child care professionals and medical assistants — homeownership can be all but impossible.

Regions where state and local governments do not make it easier to build affordable housing will face a troubled future, according to Dowell Myers, a demography and urban planning expert at the University of Southern California. There will be too few working-age adults to support a growing population of aging baby boomers. Jobs in nursing, utilities and other fields will go unfilled.

This demographic risk “is just deadly,” Professor Myers said. “We’re not building enough housing to keep our own kids.”

In Houston, like other growing Southern metro areas, the influx of relatively high earners has contributed to a real estate crunch that could erode the city’s reputation for affordability.

Kayli Thompson, 34, and her daughter, Analiese, 13, arrived in Houston last year from Ithaca, N.Y., where Ms. Thompson’s hours as a librarian were cut in half during the pandemic.

She was drawn to Houston by its stronger job market and warm climate. Still, relocating was a struggle. The rent money she set aside from savings, stimulus payments and a tax credit did not stretch as far as she had hoped. Her two-bedroom apartment costs $1,500 per month, nearly double her rent in Ithaca. She did not find a job right away, and received an eviction notice; in February, her church paid her rent.

Last month, she began working for a community newspaper, and she now feels the risk she took has paid off. She is delighted to be living downtown in a much more walkable neighborhood. When Ms. Thompson’s car broke down, it wasn’t as much the crisis it would have been in Ithaca.

Gina Vargas, a 38-year-old consultant, joined the exodus from New York City in the spring of 2020. After 18 years in a city she thought she would never leave, she relocated to the Houston area, where she grew up, drawn mostly by the need to assist her aging parents.

The Houston she returned to was far different from the conservative place she remembered from her childhood, Ms. Vargas said. When her parents, an interracial couple, first moved decades ago to the working-class city of Pasadena, southeast of Houston, there had been a Ku Klux Klan meeting place near their home. Now, as a mixed-race Mexican American, she has felt welcomed into a cosmopolitan community, she said — though she noted there were more Trump flags.

And her New York salary has stretched a long way. Ms. Vargas was renting a one-bedroom apartment in Sunnyside, Queens, but she was able to purchase a three-bedroom house in a planned community in Cypress, 30 miles north of downtown Houston. She also bought a house for her parents, moving them to a more upscale neighborhood.

Despite the latest figures, many major cities are optimistic about growth. New York City lost more than 300,000 residents through June 2021, the census shows, which city planning officials said was consistent with their own analysis. But, they said, the city’s sharp population decline through mid-2021 resulted largely from temporary patterns earlier in the pandemic, including an uptick in residents fleeing to the suburbs and exurbs, fewer immigrants, deaths from Covid and lower birthrates. They said these patterns had most likely lessened or reversed during the second half of 2021, which is not captured in the data.

“The city is on its way back,” said Arun Peter Lobo, the city’s chief demographer. “The initial indicators, at least for us, are in the right direction.”The population estimates are the primary way the Census Bureau updates the population counts from the regular decennial census, which attempts to count every person living in every household and institutional setting. These estimates are largely based on administrative records, such as birth and death certificates and tax returns.