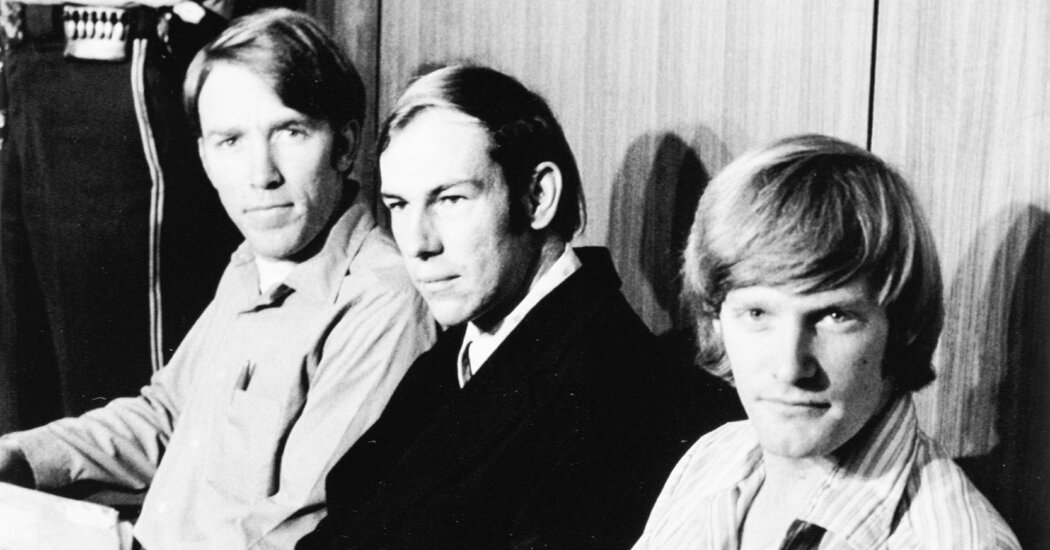 The kidnappers left them cereal and peanut butter to eat, along with several mattresses and a box to use as a toilet.

They huddled together in stifling conditions for nearly 16 hours. After hearing no noise outside, the bus driver and several bigger children piled the mattresses so they could reach a trap door in the trailer’s roof, according to accounts that they later gave the authorities. The victims eventually dug through a mound of dirt, with one managing to squeeze out and find a night watchman at the quarry.

The police were called and the children were taken to safety, some 30 hours after the ordeal began. Later, under hypnosis, the driver, Ed Ray, was able to remember the license plate of one of the kidnappers’ vans.

The plot recalled the climax of “Dirty Harry,” the 1971 movie in which a serial killer hijacks a crowded school bus in the Bay Area before being killed by a San Francisco police inspector played by Clint Eastwood. At least one of the kidnappers cited the film as an influence for the crime.

The kidnapping prompted an exhaustive manhunt, which ended with Mr. Woods’s arrest by the Royal Canadian Mounted Police outside the main post office in Vancouver, where he had been staying in an inexpensive hotel under an assumed name. When he was taken into custody, Mr. Woods, who was the last of the three men to be arrested, was dressed “like an amateur cowboy,” as one Canadian official put it.

At Mr. Woods’s family estate in Portola Valley, Calif., investigators found a draft of the ransom note demanding $5 million. They also connected Mr. Woods to the purchase of the vans used in the kidnapping.

Mr. Ray, the bus driver, who was recognized for his heroism during the ordeal, died in 2012.

“There was a lot of crying and begging for mama,” he told reporters after he and the children escaped. “They kept hollering and saying, ‘Why did they do this to us?’ I’d like to know, too.”