China: Shanghai to lock down for testing as COVID surges – Al Jazeera English 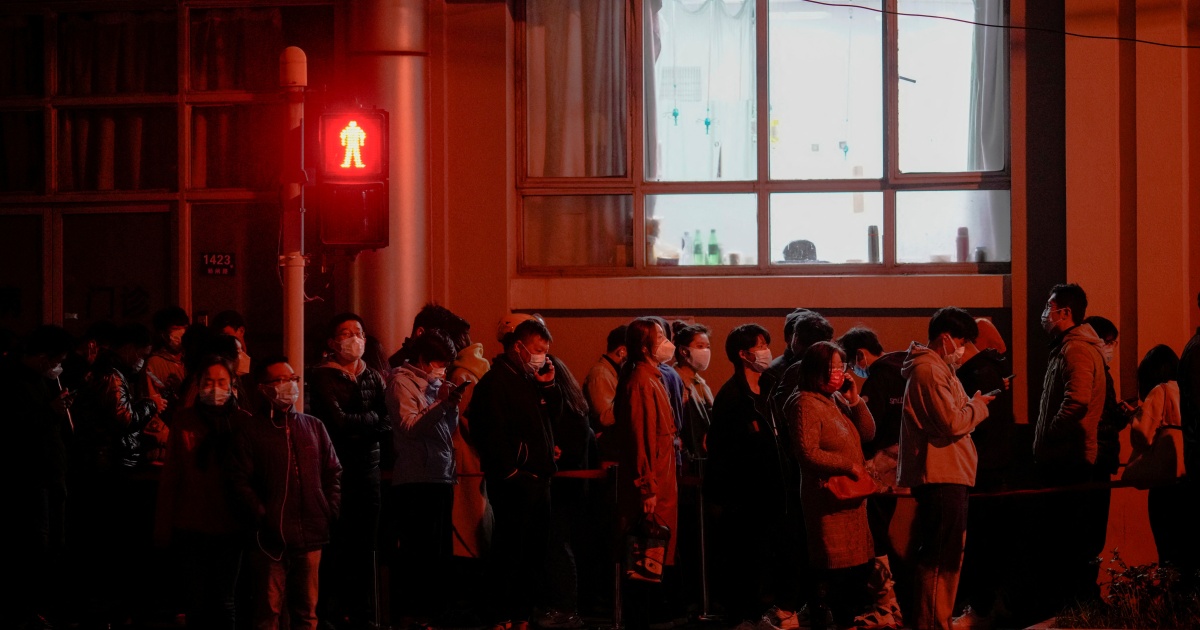 The financial hub of 26 million people has become a testing ground for China’s ‘zero-COVID’ policy.

China’s financial hub of Shanghai says it will lock down the city in two stages to carry out COVID-19 testing over a nine-day period, after it reported a new daily record for asymptomatic infections.

Public transport, including ride-hailing services, in these areas will be suspended when they are locked down, the city government said on its official WeChat account, adding that unapproved vehicles will not be allowed on the roads.

It also said that all companies and factories will suspend manufacturing or work remotely during the lockdown, apart from those involved in offering public services or supplying food.

“The public is asked to support, understand and cooperate with the city’s epidemic prevention and control work, and participate in nucleic acid testing in an orderly manner,” the government added.

While the number of cases in Shanghai remains modest by global standards, the city of 26 million people has become a testing ground for China’s “zero-COVID” strategy as it tries to bring the highly infectious Omicron variant under control.

Shanghai authorities have previously resisted a broad lockdown of the city to avoid destabilising its economy and opted for a more bespoke “slicing and gridding” approach, which involves screening neighbourhoods one by one.

But some residents have grumbled about seemingly endless cycles of testing and the piecemeal approach to ending transmission chains, with some saying the cost of zero-COVID had become too high.

Frustrations have also been felt elsewhere in China.

Earlier this month, in footage shared on social media, a crowd of people in the northeastern city of Shenyang banged against the windows of a clothing market as they shouted in frustration at yet another round of COVID-19 tests.

China reported a total of 4,448 new asymptomatic infections on March 26, up from 4,430 a day earlier, including 1,007 new cases in the northeastern province of Jilin, currently under lockdown.