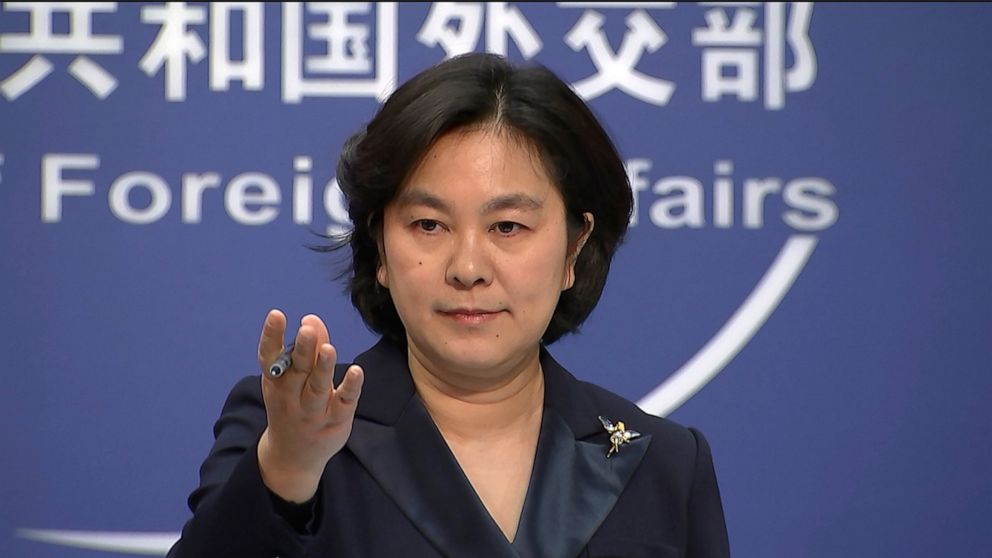 China is accusing the U.S. of creating “fear and panic” over the crisis in Ukraine, and calling for talks to reduce tensions

BEIJING — China on Wednesday accused the U.S. of creating “fear and panic” over the crisis in Ukraine, and called for talks to reduce rapidly building tensions.

She said the U.S. was fueling tensions by providing defensive weapons to Ukraine, without mentioning Russia’s deployment of as many as 190,000 troops on the Ukrainian border. Hua also did not mention efforts by the U.S., France and others to engage Russia diplomatically.

“On the Ukraine issue, unlike the U.S., which keeps sending weapons to Ukraine, creating fear and panic and even playing up the threat of war, China has been calling on all parties to respect and pay attention to each other’s legitimate security concerns, work together to solve problems through negotiations and consultations, and maintain regional peace and stability,” Hua said at a daily briefing.

The outcome of the Ukraine crisis is seen as having ramifications for China over its threat to invade Taiwan, a close U.S. ally, and its border dispute with India and its claims in the South China and East China seas, where it has raised concerns over conflict with Japan, the Philippines and others.

Hua said those accusing China of contradicting its stance on respecting national sovereignty and territorial integrity in relation to Russia’s moves toward Ukraine were “either driven by ulterior motives or deliberately distorting or misinterpreting China.”

“To correctly and objectively understand the Ukraine situation and seek a rational and peaceful solution, it is necessary to understand the merits of the Ukraine issue and properly address relevant countries’ legitimate security concerns on the basis of equality and mutual respect,” Hua said.

She said sanctions imposed on Russia by the U.S. and others have been ineffective in reducing tensions while causing “serious difficulties to relevant countries’ economies and livelihoods.”

“The U.S. should never undermine the legitimate rights and interests of China and other parties when dealing with the Ukraine issue and relations with Russia,” Hua said.