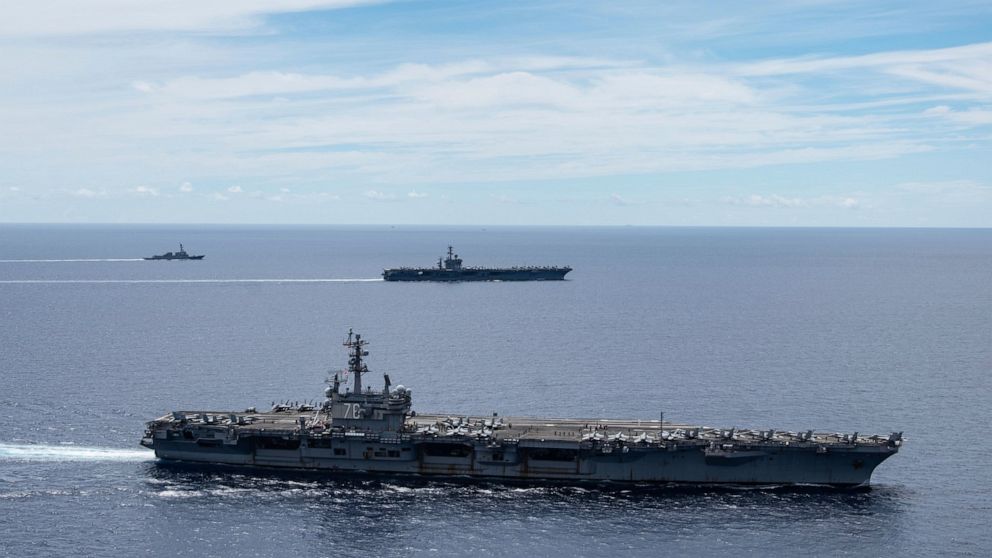 BEIJING — China on Thursday accused Washington of violating international law by imposing sanctions on officials and companies over Beijing’s military buildup in the disputed South China Sea, but gave no indication of possible retaliation.

The sanctions add to conflict over control of the sea, one of the world’s busiest shipping lanes. Washington rejects Chinese claims to most of the area, portions of which also are claimed by Vietnam, the Philippines and other governments.

The Commerce Department on Wednesday announced penalties against an unspecified number of Chinese officials and 24 companies for their role in building artificial islands to enforce Beijing’s territorial claims. The companies were added to an “entity list” that limits access to U.S. exports without government permission.

“China will take firm measures to resolutely safeguard the legitimate rights and interests of its enterprises and individuals,” said Zhao.

Chinese officials have made similar comments in previous disputes, though they often are followed by no official action.

The Commerce Department said the companies were targeted for their role in building artificial islands through dredging operations and other activities that cause environmental damage and infringe on other nations’ claims.

“The relevant construction China carried out on its own territory is entirely within the scope of sovereignty and has nothing to do with militarization,” said Zhao. “There is no reason for the U.S. side to impose illegal sanctions on Chinese enterprises and individuals because of their participation in relevant domestic construction.”