Child migrants: The challenges facing Biden at the US-Mexico border 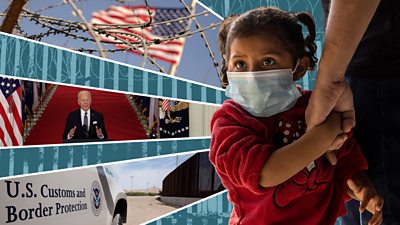 An increase in migrants at the southern US border, and an already backlogged demand for asylum, are testing Joe Biden’s promises on immigration.

The number of migrants detained at the border is on pace to hit 130,000 in March, up from 100,000 in February. A spike in unaccompanied minors crossing the border is also putting a strain on the immigration system.

The Biden administration has reversed a policy brought in under his predecessor, Donald Trump, that turned away unaccompanied children at the border.