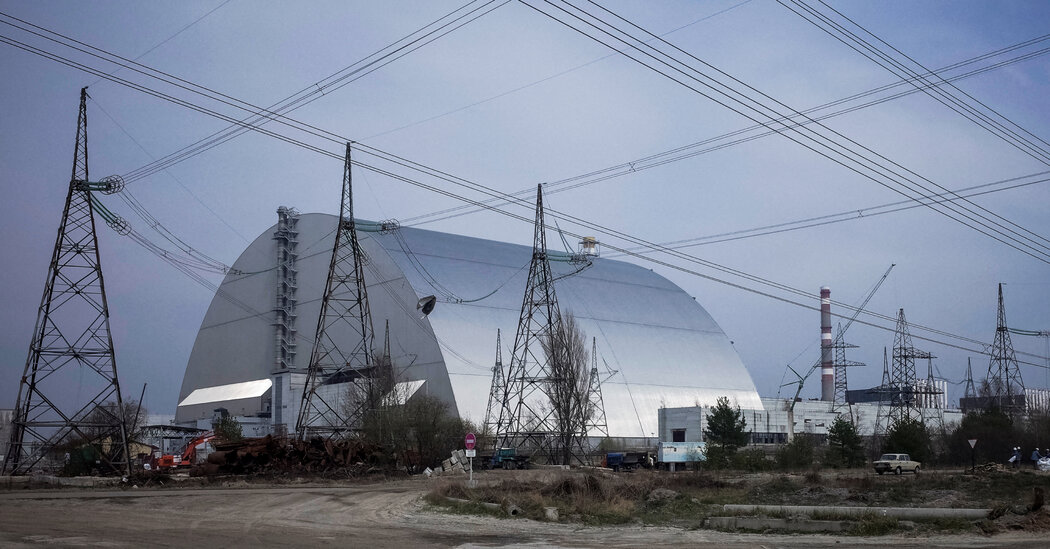 The failed Chernobyl nuclear power plant in northern Ukraine as well as the nation’s 15 operating reactors are safe and secure amid Russia’s invasion, according to nuclear experts and the International Atomic Energy Agency, an arm of the United Nations that sets safety standards for the world’s nuclear reactors and inspects them for compliance.

“The only real issue is if a nearby target got hit and caused some collateral damage,” said Edwin Lyman, a reactor expert at the Union of Concerned Scientists, a private group in Cambridge, Mass. “I don’t see this as an imminent radiological threat. I don’t think Russia would deliberately target a plant.”

In 1986, the Chernobyl nuclear power plant suffered a meltdown that sent radioactive clouds over parts of Europe and locally left a wasteland of contaminated soil. All four Chernobyl reactors are still shut down, and the plant’s work force closely monitors the safety of Chernobyl’s Unit 4 reactor, which in 1986 exploded and caught fire. An exclusion zone for hundreds of square miles surrounds the abandoned plant to limit public access and inhabitation.

The sprawling plant — some 10 miles from Belarus, a Russian ally — is on one of Russia’s main invasion routes. Western experts said it was in Moscow’s interest to keep Ukraine’s reactors and electrical system running smoothly if its aim was regime change rather than national ruin.

“There’s some risk of a direct hit,” said R. Scott Kemp, a professor of nuclear science at the Massachusetts Institute of Technology. “But I imagine they’ll do everything possible to avoid that because they don’t want to deal with the fallout.”

The bigger threat, Dr. Kemp said, is the degradation of Ukraine’s power grid, which could throw nuclear power plants offline and result in cascading blackouts.

The Ukrainian government said on Thursday on its official website that the Russian invasion and its military takeover of Chernobyl “may cause another ecological disaster.” If the war continues, the government added, a disaster like Chernobyl “can happen again in 2022.”

But nuclear experts rang no strident alarms. Rafael Mariano Grossi, director general of the International Atomic Energy Agency, based in Vienna, said in a statement on Thursday that its Ukrainian counterpart reported that the nation’s 15 nuclear power plants were operating safely. As for the Chernobyl site, he added, the Ukrainian body reported “no casualties nor destruction.”

On Friday, the agency noted reports of “higher radiation measurements at the Chernobyl site” and quoted Ukraine’s nuclear body as saying that the readings may have resulted from heavy military vehicles stirring up soil that the 1986 accident had poisoned.

The stated readings, the agency added, “are low and remain within the operational range measured in the Exclusion Zone since it was established, and therefore do not pose any danger to the public.”

According to the international atomic agency, Ukraine receives a bit more than half of its electricity from its reactors — an unusually high fraction.

Two of Ukraine’s four operational nuclear sites are in its western region — far from Russia’s main invasion routes and presumably out of harm’s way. The other two are in the southern region, much closer to the ongoing military strikes.

The Zaporizhzhia Nuclear Power Plant — the largest of Ukraine’s atomic plants — houses six separate reactors. It sits on the Dnieper River roughly 100 miles north of Crimea. Russia annexed the peninsular part of southern Ukraine in 2014, and the breakaway region serves as a staging area for Russian troops as well as a main invasion route.

Recently, the World Nuclear Association, an industry trade group based in London, reported that Energoatom, the Ukrainian state-owned nuclear power firm, had detailed some of the rules meant to enhance the safety and security of its nuclear plants in wartime.

The group said that early this month, as Russia built up its forces around Ukraine, Petro Kotin, the acting president of Energoatom, described how a bombing would prompt a nuclear plant to shut down and said that its operators would unload its radioactive fuel “until the threat is eliminated.”

If a plant lost its external supply of electrical power, Mr. Kotin added, backup generators would kick in to ensure uninterrupted reactor control. Ukraine’s nuclear power plants, he was quoted as saying, “are ready for such a mode of operation: The stock of diesel fuel located at nuclear power plants significantly exceeds the established standards.”

Mr. Kotin added that Ukrainian power plants “are ready even for an aircraft crash” because the reactor vessels and the surrounding containment areas were designed to withstand such impacts.

On Friday, the World Nuclear Association reported that the security divisions of Ukraine’s plants “are on high alert.”