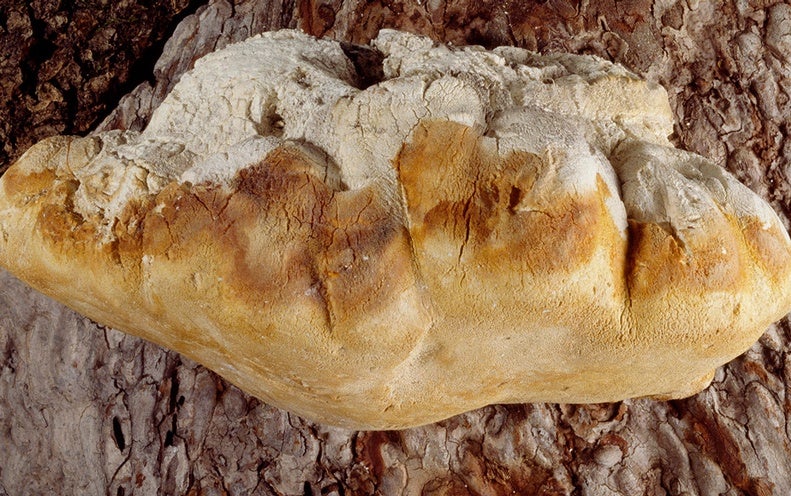 Biofabrication companies are increasingly excited about the prospect of using fungi to produce sturdy, sustainable alternatives to plastic and leather. But a new finding suggests that Indigenous Americans were already making “mycotextiles” at least a century ago. The study, published in Mycologia, confirmed the fungal origin of two wall pockets crafted by a Tlingit woman in Alaska in 1903. Some historical mycotextile use has also been reported in Europe, but “that I know of, this is the first documentation of the use of this material anywhere in North America,” says Nancy Turner, an ethnobotanist at the University of Victoria, who was not involved in the study.

Study co-author Deborah Tear Haynes learned of the artifacts while working as collections documentation manager at Dartmouth College’s Hood Museum of Art. The original owner had labeled one of the pockets, found in the museum’s collection: “Pair of fungus bags. Wedding present from Indian neighbors.” Intrigued, Haynes spent years calling experts to confirm this identification—but none had heard of fungal textiles, and her inquiries attracted little interest. “I just couldn’t let go until I figured out what these things were made of,” she says.

Haynes finally made progress by taking a closer look using Dartmouth’s electron scanning microscope facility. The images revealed mycelia—intertwined threadlike fungal structures that permeate soil or wood and can form thick mats that are strong, supple and durable. “You can’t rip it apart with your hands; it’s just like leather,” says study co-author Robert Blanchette, a forest pathologist at the University of Minnesota.

Comparing details of the mycelia with modern species descriptions, Blanchette determined that the bags were made from the agarikon fungus—a tree-decaying species that is now disappearing along with the old-growth forests of the western U.S. “This was a significant fungus for Indigenous people. It was used medicinally and spiritually all along the Pacific Northwest coast,” Blanchette says. According to one medical anthropologist, the Spokan people in Washington State used agarikon mats in cradleboards for diaper rash. Twentieth-century loggers described bandaging wounds with it, and the ancient Greeks used it to treat tuberculosis. Recent studies suggest agarikon extracts have antibacterial and antiviral properties, and they may even be effective in animals at treating some cancers.

“There’s likely more evidence of the use of this material, and it may well be in museums and collections,” Turner says. No biofabrication companies currently use agarikon mycelial mats. But Blanchette says they can be cultured in a laboratory, making this rare species a viable option for modern mycotextile applications, too.

Editor’s Note (5/20/21): This article was revised after posting to correct the description of Deborah Tear Haynes’s position at Dartmouth College’s Hood Museum of Art. Additionally, the position of the photograph in this article was corrected on May 19.