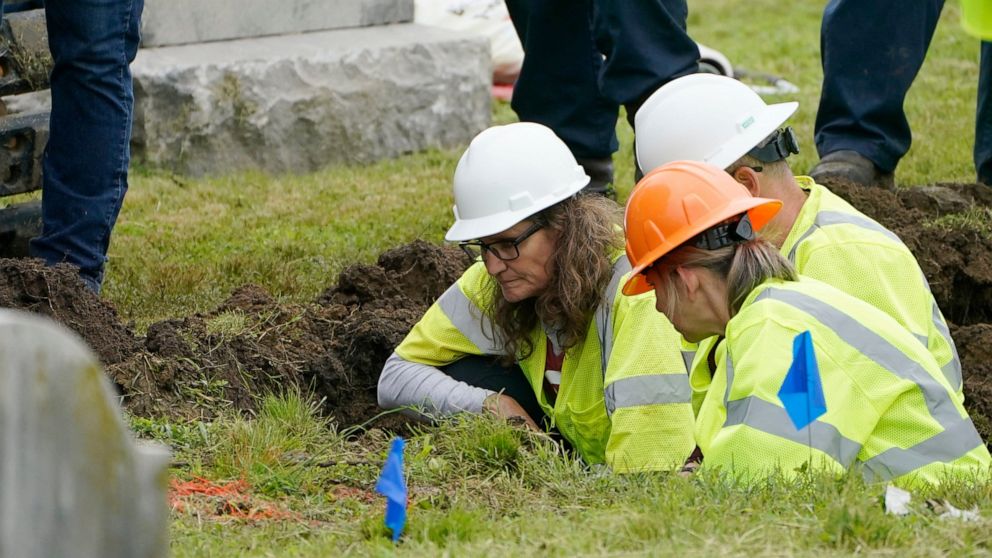 TULSA, Okla. — The City of Tulsa resumed its search Wednesday of a cemetery for possible victims of the 1921 Tulsa Race Massacre.

Crews worked to define the boundaries of a mass-grave feature that was discovered in October at the Oaklawn Cemetery.

State archaeologist Kary Stackelbeck said crews were able to locate three of the four corners of the mass-grave feature, giving searchers an overall sense of its dimensions. She said searchers have also determined there are three additional burials in the area, bringing to 15 the number of coffins they’ve found at the site.

The search began last year, and researchers in October found at least 12 sets of remains in coffins, although the remains were covered back up for further study at a later date and authorities haven’t yet confirmed they are those of massacre victims.

they haven’t confirmed that the bodies are those of massacre victims. Stackelbeck has said they’ve estimated 30 or more bodies could be in the site.

Not long after the massacre, the state officially declared the death toll to be only 36 people, including 12 who were white. But for various reasons, including contemporaneous news reports, witness accounts and looser standards for tracking deaths, most historians who have studied the event estimate it to be between 75 and 300.

For more AP coverage of the Tulsa Race Massacre anniversary, go to https://apnews.com/hub/tulsa-race-massacre