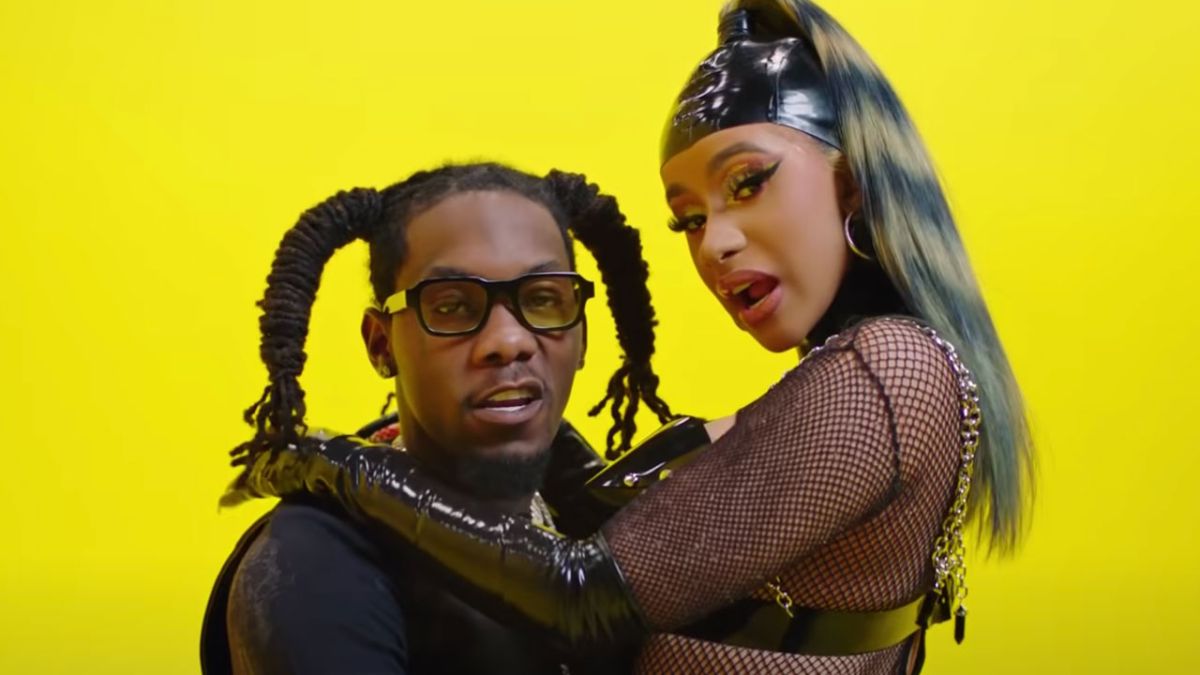 Cardi B and Offset (AKA Kiari Kendrell Cephus) have been together since 2017 and had secretly married later that year. In the five years since they’ve been together off and on,  they’ve had a daughter, Kulture, and a son, who was born on September 4 of last year. We haven’t gotten to see much of their little tyke (like literally we’d seen a blue blanket) until this week, when both the F9 actress and her rapper partner dropped sweet pics of their little man, a boy they’ve named Wave Set Cephus.

Now over seven months old, Wave has some personality in his first-look photos. Offset dropped a cute look revealing the little tyke’s name along with a shot from what looks to be bathtime.

Cardi B followed up with her own post of her little man hanging out in full winter gear. In both photos the kid is rocking some bling, taking after his famous father.

In the annals of unique baby names, Wave is pretty unusual, but it’s certainly not the wildest on the list of celebrity baby names. That might go to Apple Martin or Grimes and Elon Musk’s kids, Exa Dark Sideræl and X Æ A-Xii. (Remember when Gwyneth Paltrow even got snarky about Musk’s kids’ names?) Wave has its own babynames.com page, for example, seemingly indicating that there are at least some people out there who are interested in choosing Wave as a name. In this case, the choice seems to be a play on Offset’s own name anyway.

Wave is the son of Offset, so instead of something like Offset Jr, he’s named after a different sort of set, waves. Wave sets happen in the oceans when trains of waves are moving at different speeds. As those waves collide, they can form sets of waves with greater height and prominence than the other waves around them. I don’t know if this is a philosophical take on their hopes for their kid’s path in life or they just liked the sound of Wave Set, but it’s worth mentioning.

Meanwhile, the two may be busy keeping up with their two kids and Offset’s five kids in total, but their careers are busy, too. Offset’s group, Migos, released its fourth album last year and he dropped an EP in 2021, too. Beyond music and being a mom, Cardi B’s been involved in a ton of things. During the pandemic, she was active on OnlyFans and over the past few years she’s tried her hand at acting on the big screen, as well, appearing in Hustlers and F9.  She’ll be back in the cast for Fast and Furious 10, after Cardi B previously said she had a good experience working with Vin Diesel.

In the meantime, with a soon-to-be toddler running around, they should have plenty to keep them occupied.