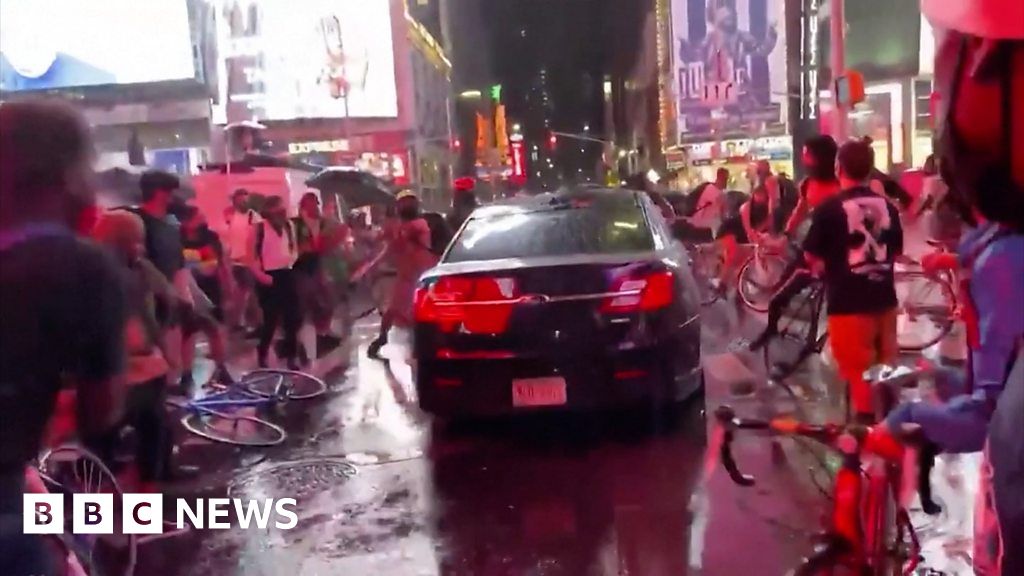 A car drove through a group of demonstrators in New York City’s Times Square on Thursday night.

The New York Police Department is investigating the incident, but says no injuries have been reported.

The protesters were gathered following the release of a video showing the death of Daniel Prude, a black man who suffocated after being restrained by police in Rochester, NY.