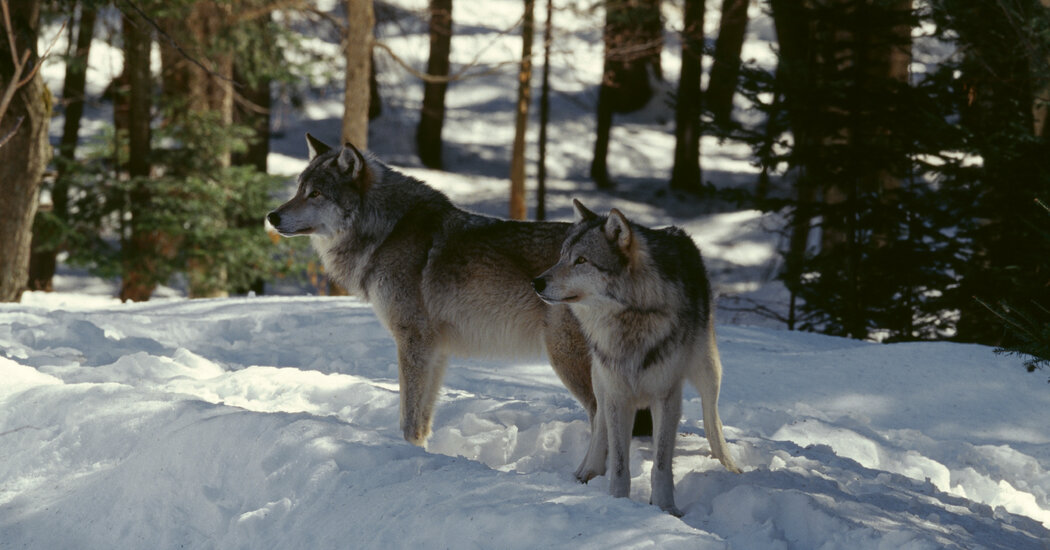 The warnings showed up more than a week ago in mailboxes in western Nova Scotia. Wolves were seen nearby, the letters said. “If a Gray Wolf is encountered, do not provoke, engage or feed the animal. Back away slowly while remaining calm — do not turn and run.”

Other residents of the area in the Annapolis Valley, near the Bay of Fundy, evidently heard growling coming from the woods.

But there were no wolves. It was all a psychological training exercise gone wrong.

The goal was to train a brigade of reservists on methods for defending against a disinformation campaign by a foreign adversary. The soldiers who organized it created a campaign of their own: printed fliers warning that the wolves had been seen in the valley.

They also broadcast the sounds of growling wolves from speakers, according to The Ottawa Citizen, which reported on the incident Wednesday.

Only members of the military were supposed to see the fliers and hear the broadcasts, but the warning letter somehow got out to nearby residents.

Soon the phones started ringing at the Department of Lands and Forestry’s office in Kentville. The letter had said that the department and other government agencies had deliberately reintroduced gray wolves into the forests of Nova Scotia.

The fake disinformation program had become a real one.

“This letter initially came to our attention by a member of the public,” Jill McKenzie, a spokeswoman for the forestry office in Nova Scotia, said Thursday. “Our department followed up by issuing a tweet informing the public this letter was not created or distributed by our department, that we did not know of its origins or why it was created.”

Daniel Le Bouthillier, chief spokesman for the Canadian Armed Forces, called the incident a “regrettable and completely unintentional error” and said Thursday that the unit responsible had “unreservedly apologized” to the people of Nova Scotia for the “mock letter” about the wolves.

His office said this part of the exercise did not follow established rules and regulations and was under investigation.

“The creation of these letters and their contents — even if never meant for public consumption — was wrong,” the statement added.

Dated Sept. 19, the warning note appeared to be written on official letterhead from the Wildlife Division of the Department of Lands and Forestry. But when officials at the real wildlife service got their copy, they debunked it on Twitter.

“This letter has been showing up in some mailboxes. It’s fake,” they tweeted over an image of the flier. “We do not know who circulated it or why.” No government agency had released gray wolves, the agency said.

It was unclear just where the letters were found, and officials from the Canadian Armed Forces and the Department of Lands and Forestry in Nova Scotia were unable to provide that information on Thursday.

The Canadian public broadcaster CBC reported that the letter came from Camp Aldershot, a military base in Kings County near the north end of the Annapolis Valley.

When reached by phone, the mayor of Kings County, Peter Muttart, said he had no knowledge of the exercise or of the warning letters seen by members of the public.

“This is clearly a spoof,” Mayor Muttart said.

Emma Briant, an academic critic of the Canadian military and an associate researcher at Bard College in New York, said on Thursday that the incident was disturbing.

“Generally what’s going on in Canada at this time is appalling,” said Ms. Briant, who studies military information operations and propaganda. “They seem to have introduced a policy of weaponization of influence, domestically.”

The wolves incident follows a July report from The Ottawa Citizen in which members of the Canadian military sought to discourage members of the public against engaging in civil disobedience during the coronavirus pandemic.

“You need to be building a relationship of trust with the public,” she said. “If they’d do this, what won’t they do?”