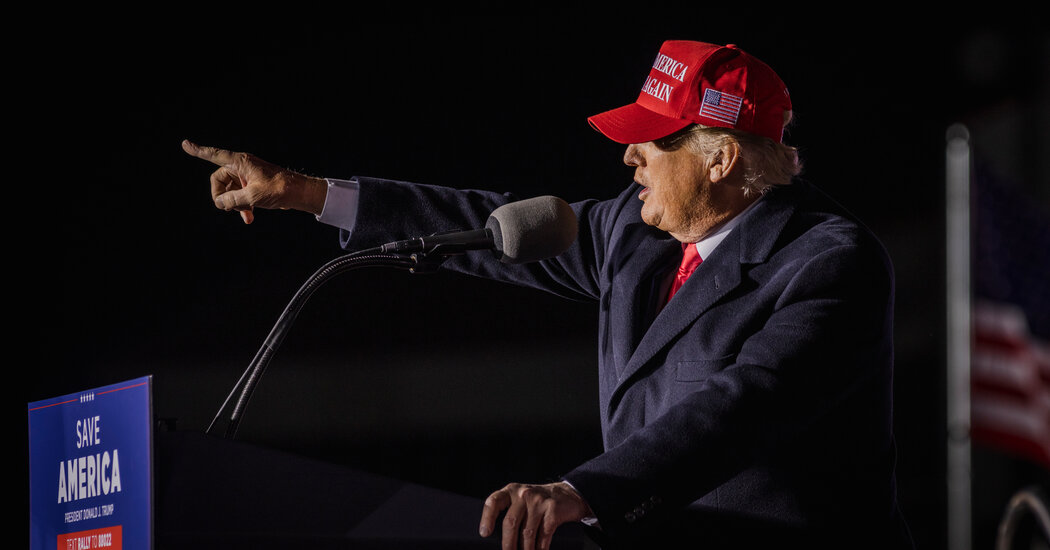 Contempt charges. The Jan. 6 House committee voted to recommend criminal contempt of Congress charges against Peter Navarro, a former White House adviser, and Dan Scavino Jr., a former deputy chief of staff, for refusing to comply with its subpoenas.

The president also fielded a call from Representative Kevin McCarthy of California, the top House Republican, who told Mr. Trump that people were breaking into his office on Capitol Hill.

During that call, Mr. Trump was said to have sided with the rioters, telling the top House Republicans that members of the mob who had stormed the Capitol were “more upset about the election than you are.”

Rudolph W. Giuliani, Mr. Trump’s personal lawyer, was also calling lawmakers that day and continued to do so even after rioters laid siege to the building. In an evening phone call, he made clear that the effort to fight the result of the election was still alive even after the riot.

“Senator Tuberville, or I should say Coach Tuberville, this is Rudy Giuliani, the president’s lawyer,” Mr. Giuliani said in a voice mail message intended for Mr. Tuberville, but mistakenly left on Mr. Lee’s phone. “I’m calling you because I want to discuss with you how they’re trying to rush this hearing and how we need you, our Republican friends, to try to just slow it down.”

The news of the call logs came the same day that the White House said President Biden would not extend executive privilege to cover any testimony to the committee by Ivanka Trump and Jared Kushner, Mr. Trump’s daughter and son-in-law, who worked as his advisers.

“The president has spoken to the fact that Jan. 6 was one of the darkest days in our country’s history, and that we must have a full accounting of what happened to ensure that it never occurs again,” said Kate Bedingfield, a White House spokeswoman. “And he’s been quite clear that they posed a unique threat to our democracy and that the constitutional protections of executive privilege should not be used to shield, from Congress or the public, information about an attack on the Constitution itself.”