California’s Drought Is Worse Than We Thought 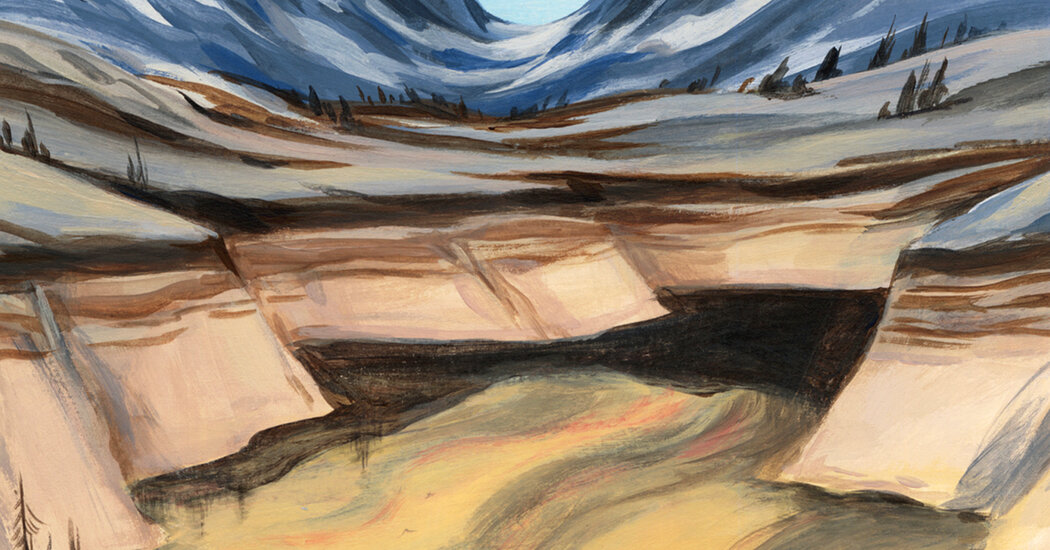 Outside my lab near Donner Pass in the Sierra Nevada of California, new animal tracks are on the snow after a winter of hibernation, bird songs are lofting through the air, and the creek is flowing strongly with water from the melting snow. Spring has come worryingly early to the Sierra Nevada.

This past week, I joined teams of other scientists gathering the most important measurements of the Sierra Nevada snowpack from over 265 sites throughout the state. Typically, this measurement marks the transition from snow accumulation season to the melt season and contains the most snow of any measurement throughout the year. The 2022 results, however, confirmed what those of us monitoring the state’s drought had feared: California’s snowpack is now at 39 percent of its average, or 23 percent lower than at the same point last year. This signals a deepening of the drought — already the worst in the western United States in 1,200 years — and another potentially catastrophic fire season for much of the West.

Many people have a rather simplistic view of drought as a lack of rain and snow. That’s accurate — to an extent. What it doesn’t account for is human activity and climate change that are now dramatically affecting the available water and its management. As more frequent and large wildfires and extended dry periods batter the land, our most important tools for managing water are becoming less and less accurate. At the same time, our reliance on these models to try to make the most of the little water we have is becoming more and more problematic.

Droughts may last for several years or even over a decade, with varying degrees of severity. During these types of extended droughts, soil can become so dry that it soaks up all new water, which reduces runoff to streams and reservoirs. Soil can also become so dry that the surface becomes hard and repels water, which can cause rainwater to pour off the land quickly and cause flooding. This means we no longer can rely on relatively short periods of rain or snow to completely relieve drought conditions the way we did with past droughts.

Many storms with near record-breaking amounts of rain or snow would be required in a single year to make a significant dent in drought conditions. October was the second-snowiest and December the snowiest month on record at the snow lab since 1970, thanks to two atmospheric rivers that hit California. But the exceptionally dry November and January to March periods have left us with another year of below-average snowpack, rain and runoff conditions.

This type of feast-or-famine winter with big storms and long, severe dry periods is expected to increase as climate change continues. As a result, we’ll need multiple above-average rain and snow years to make up the difference rather than consecutive large events in a single year.

Even with normal or above-average precipitation years, changes to the land surface present another complication. Massive wildfires, such as those that we’ve seen in the Sierra Nevada and Rocky Mountains in recent years, cause distinct changes in the way that snow melts and that water, including rain, runs off the landscape. The loss of forest canopy from fires can result in greater wind speeds and temperatures, which increase evaporation and decrease the amount of snow water reaching reservoirs.

Opinion Conversation The climate, and the world, are changing. What challenges will the future bring, and how should we respond to them?

Similar to extended drought, fire also alters soil properties and can create flash flooding during intense periods of rain. These landscape changes, feast-or-famine precipitation patterns and increased demand on the water supply are making water management in the West a precarious and difficult task.

One of the most important tools for managing water during periods of drought are the models developed by various state and federal agencies such as the National Weather Service’s Office of Hydrologic Development, the Army Corps of Engineers and the California Department of Water Resources. Yet these models suffer from the same simplistic view of drought and water, and they are in dire need of an update.

Land surfaces, snow melt patterns and the climate have all changed since many of these models were developed, which means they’re missing crucial pieces of today’s water puzzle. What’s prevented updates to the models for decades is shrinking funding for science and engineering.

Models may not be able to reliably inform water managers how much rain and snow will run off the land into reservoirs, which can mean severe shortages in a worst-case scenario. Given the shrinking reservoir levels and meager snowpacks of recent years, discrepancies between the amount of water expected and what arrives could mean the difference between having water in the taps and entire towns running dry.

We are looking down the barrel of a loaded gun with our water resources in the West. Rather than investing in body armor, we’ve been hoping that the trigger won’t be pulled. The current water monitoring and modeling strategies aren’t sufficient to support the increasing number of people who need water. I’m worried about the next week, month and year and about new problems that we’ll inevitably face as climate change continues and water becomes more unpredictable.

It’s time for policymakers who allocate funding to invest in updating our water models rather than maintaining the status quo and hoping for the best. Large-scale investment in the agencies that maintain and develop these models is paramount in preparing for the future of water in the West.

Better water models ultimately mean more accurate management of water, and that will lead to greater water security and availability for the millions of people who now depend on the changing water supply. It is an investment in our future and, further, an investment in our continued ability to inhabit the water-scarce regions in the West. It’s the only way to ensure that we’re prepared when the trigger is pulled.

Dr. Schwartz is the lead scientist and station manager at the University of California, Berkeley, Central Sierra Snow Lab.

The Times is committed to publishing a diversity of letters to the editor. We’d like to hear what you think about this or any of our articles. Here are some tips. And here’s our email: letters@nytimes.com.