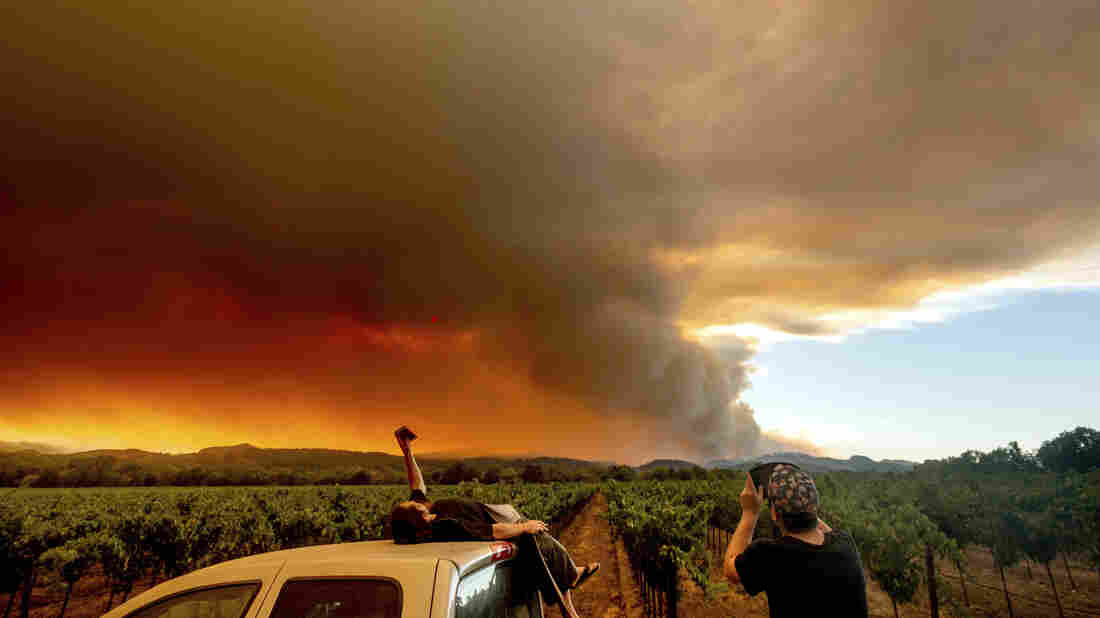 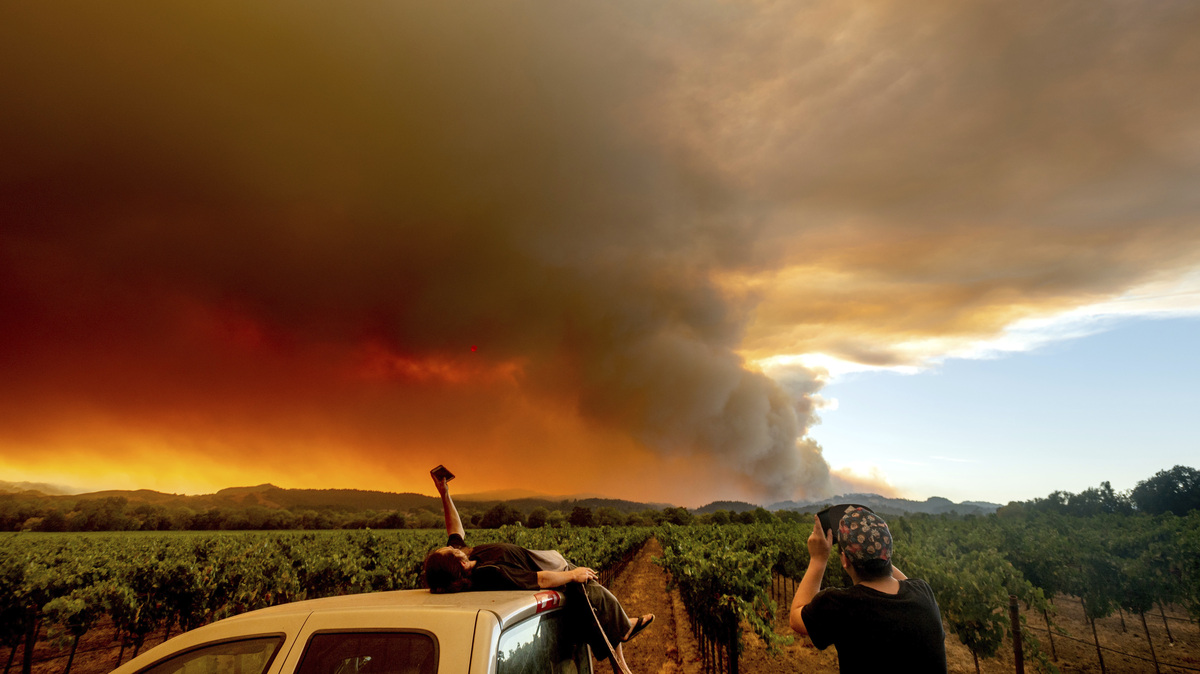 Wildfires ignited by nearly 12,000 lightning strikes over the past three days continue to spread havoc across a heat wave-baked California, with little relief in sight.

“Just a day ago, I announced that we are struggling to address the needs of suppressing some 376 fires in this state,” Gov. Gavin Newsom said at a Friday news conference. “That number has grown to about 560 fires in the state of California.

“Seven-hundred and seventy-one thousand acres has already been burned in the state of California, the equivalent to the size of the state of Rhode Island,” the governor added. “We simply haven’t seen anything like this in many, many years.”

Newsom pointed to two fires that have been blazing in Northern California as ranking among the 10 largest in the state’s recorded history: The so-called LNU Lightning Complex burning in five wine-producing counties north and east of San Francisco covers 219,000 acres and is the 10th largest and 7% contained, while the SCU Lightning Complex is scorching 229,000 acres east of San Jose. It is the state’s seventh-largest recorded wildfire and 10% contained.

Newsom said five people have died in the fires, while Reuters reported that “43 fire fighters and civilians have been injured, and over 500 homes and other structures destroyed.”

“These fires again are stretching our resources, stretching our personnel,” the governor lamented. “We have over 12,000 firefighters now actively working to suppress these larger complex fires.”

Newsom expressed gratitude to fellow governors in states ranging from Texas to Washington who have sent equipment to help battle the blazes.

“We now are engaged formally with mutual aid from 10 different states. We’ve been on the phone with governors all throughout the United States, not just the Western states, trying to reach out as far as the East Coast to see if we can get resources here into the state of California,” he added. “And not one governor has not been responsive.”

Still, Reuters reported that — according to a spokesperson for the California Department of Forestry and Fire Protection, known better as Cal Fire — of the 375 out-of-state fire crews California has requested, only 45 have arrived.
Newsom blamed the manpower shortfall on increasing fire conditions in neighboring Western states.

The first-term Democratic governor of the nation’s most populous state said he had just received a call from Sen. Kamala Harris of California, the running mate of Democratic presidential nominee Joe Biden. It was to update Newsom on efforts that she and a bipartisan group of other members of the state’s congressional delegation are making to have the federal government declare a major disaster in California.

“We are here with an open hand, not a closed fist,” Newsom said of such efforts to persuade the Trump administration to come to the aid of his beleaguered state. “Right now we have 40 million Americans that live in the great state of California. There’s not one of them that wears red versus blue at this point — we are here to save lives because everybody deserves to be protected.”

Newsom did not offer hope, however, for any immediate relief from the scourge that’s incinerating the parched Golden State.

“We are not naive, by any stretch, how deadly this moment is,” he said. “While the hots are getting a little less hotter this week, we are looking at weather conditions over the course of the next number of days where you can have some monsoon-type weather conditions that led to some of those dry lightning strikes. That will certainly stretch our resources and challenge us.”