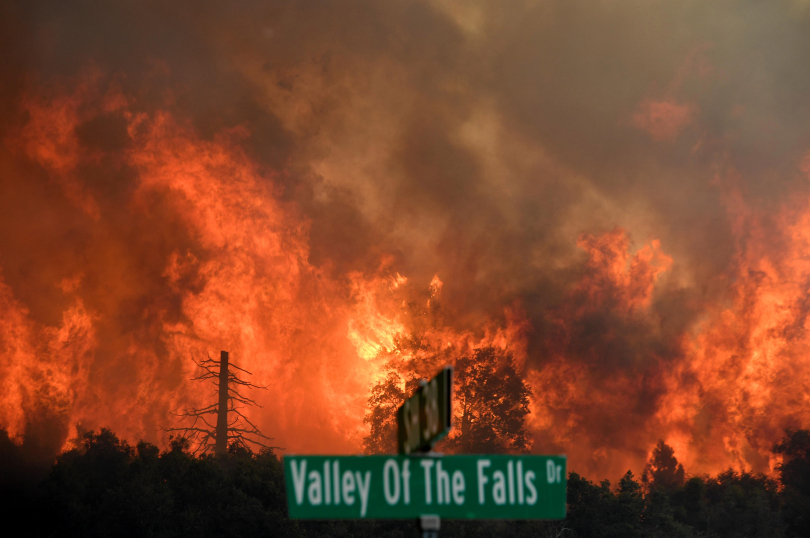 A firefighter was killed Thursday while battling the blaze in San Bernardino County that was sparked by a gender-reveal party, the U.S. Forest Service said Friday.

The cause of death was still under investigation Friday, and the firefighter’s identity was being withheld until USFS was able to notify next of kin.

“Our deepest sympathies are with the family, friends and fellow firefighters during this time,” the Forest Service said in a statement.

The El Dorado Fire has burned nearly 20,000 acres since it broke out in a Yucaipa park Sept. 5. Fire officials said it was started when a pyrotechnic device from a gender-reveal party, designed to emit blue- or pink-colored smoke, ignited the tall, dry grass at El Dorado Ranch Park.

The fire has also destroyed 10 structures and damaged another six, and there have been an additional 12 firefighter and civilian injuries, according to CalFire.

It is one of dozens of blazes burning around California that have consumed a record 3.4 million acres.