California mass killer had arsenal of guns, ammo at his home 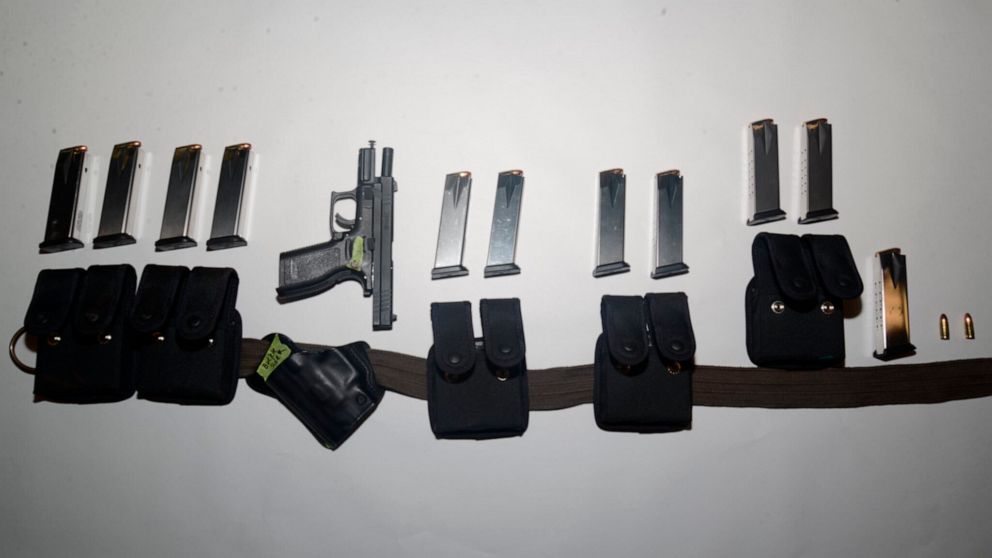 Authorities searching the home of Samuel Cassidy say the man who gunned down nine co-workers at a California rail yard had stockpiled an arsenal that included a dozen guns, Molotov cocktails and 25,000 rounds of ammunition

SAN FRANCISCO — The gunman who nursed a seething hatred of his California workplace amassed an arsenal and 25,000 rounds of ammunition at the home he tried to burn down before killing nine co-workers at a rail yard, authorities said after searching the residence.

The cache was in addition to the three 9 mm handguns that Cassidy, 57, brought Wednesday to the Santa Clara Valley Transportation Authority in San Jose, authorities said. He also had packed a duffle bag with 32 high-capacity magazines and fired 39 shots before killing himself as law enforcement closed in.

While witnesses have said Cassidy appeared to target certain people, the Sheriff’s Office said Friday that “it is clear that this was a planned event and the suspect was prepared to use his firearms to take as many lives as he possibly could.”

Cassidy also rigged his home to burn down before leaving for his workplace several miles away by putting bullets in a cooking pot on a stove that apparently detonated, igniting fire accelerants that were placed in the kitchen, sheriff’s officials said.

Guns were stashed near doorways and in crawl spaces.

They may have been placed there so Cassidy could grab them in an emergency such as law enforcement arriving, sheriff’s Sgt. Joe Piazza said.

Cassidy’s locker at the rail yard had “materials for bombs, detonator cords, the precursors to an explosive,” Sheriff Laurie Smith said.

Questions remained about what might have set off Cassidy’s lethal rampage and whether there were warning signs.

Patrick Gorman, special agent in charge of the San Francisco field division of the Bureau of Alcohol, Tobacco, Firearms and Explosives, said he was not aware of any information about Cassidy, such as tips from the public, being shared with his division before the shooting.

U.S. customs officers who detained him in 2016 on his return from the Philippines found books about terrorism and fear as well as a memo book filled with notes about how much he hated the Valley Transportation Authority. But he was let go, and a resulting Department of Homeland Security memo on the encounter was not shared with local authorities.

Cassidy had worked for the Valley Transportation Authority for more than 20 years but he had expressed hatred and resentment of his workplace for at least a decade, according to his ex-wife. A co-worker described him as an outsider who didn’t mingle with others.

Meanwhile, the president of the union that represents transit workers at the rail yard sought Friday to refute reports that Cassidy was scheduled to attend a workplace disciplinary hearing with a union representative Wednesday over racist comments.

John Courtney, president of the Amalgamated Transit Union Local 265, said in a statement that union officials “were not, repeat not” there to attend any such hearing “or to respond to any jobsite or racial-oriented complaints.”

KGO-TV reported Friday that the Valley Transportation Authority had confirmed Cassidy wasn’t facing a disciplinary hearing the day of the shooting and no future hearings were scheduled.

Neighbors and former lovers described Cassidy as moody, unfriendly and prone to angry outbursts at times, especially after drinking. But they expressed shock he would kill.

Cassidy’s elderly father, James, told the Mercury News in San Jose that his son was bipolar. He said that was no excuse for the shooting and apologized to the victims’ families.

“I don’t think anything I could say could ease their grief,” he said.