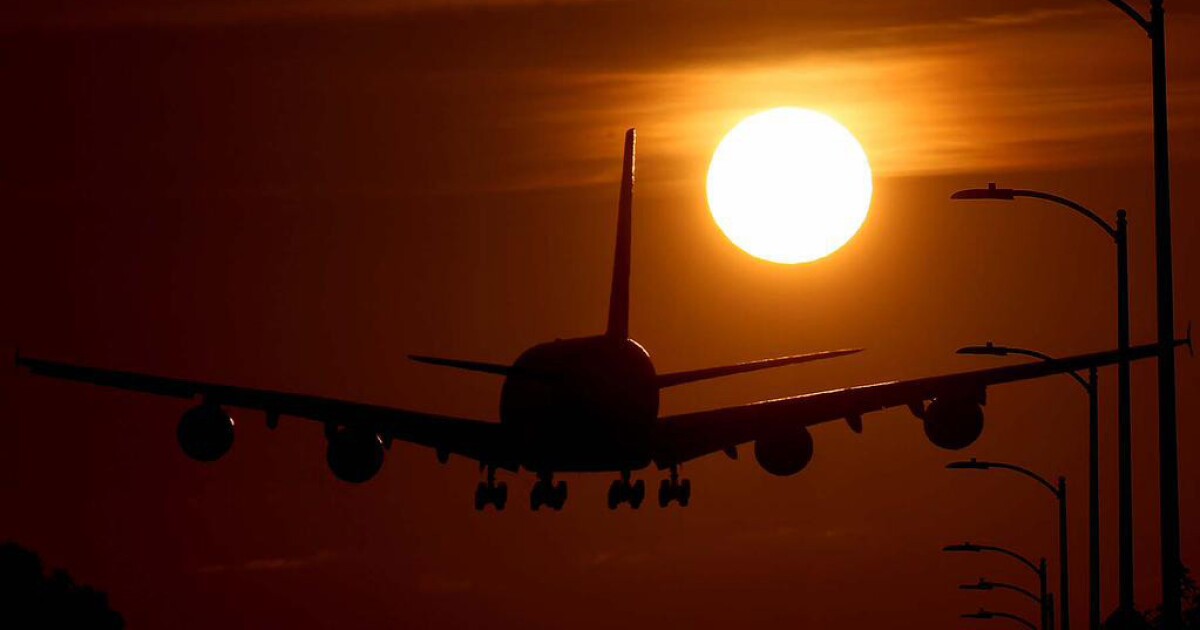 As the second major heat wave in weeks bears down on Southern California, experts and authorities are warning the public to take seriously the health dangers of extreme temperatures that are only getting worse due to climate change.

If the past is any guide, Los Angeles will see a spike in 911 calls, emergency room visits and deaths during a powerful heat spell that’s expected to peak Sunday, with highs between 110 and 120 hitting inland valleys and 95 to 105 degrees along the coast.

“Heat of this magnitude is rare, dangerous and very possibly deadly,” the National Weather Service warned. Temperatures will remain unusually warm overnight — in the mid-70s and 80s — “creating a dangerous situation where it will be difficult to cool off without air conditioning.”

Exacerbating it all is climate change, which researchers say is increasing the frequency and intensity of extreme heat events. As greenhouse gases continue to rise globally, heat spells of this severity are an unfortunate reality that Californians will increasingly have to get used to, they say.

Last month’s heat wave, one of the worst to hit California in years, brought “an increase in health-related emergency room visits in relation to the sustained high temperatures,” the Los Angeles County Department of Public Health said in an email. “We are particularly concerned that these extreme heat events and the health impacts from them have been increasing in recent years due to climate change.”

Though extreme heat is a less visible menace than, say hurricanes or wildfires, it is climate change’s most life-threatening impact, causing more deaths each year in the United States than any other weather-related problem, including all floods and storms combined.

“Of all the climate change exposures we study, heat is the number one killer,” Rupa Basu, chief of air and climate epidemiology for the California Office of Environmental Health Hazard Assessment, said in an interview last month.

People aren’t only dying from conditions such as heat stroke and dehydration. Extreme heat increases risk of complications and death from an array of other chronic illnesses including kidney disease, cardiovascular disease and diabetes.

“Most of the time you won’t see it on a death certificate, because people with underlying conditions are pushed to the edge,” said Dr. Jonathan Fielding, a UCLA professor of public health and medicine and former L.A. County public health director. “They have a cardiac condition, they have a respiratory condition or other conditions, like COVID. So I’m very concerned about it, and I think it’s really important that people take this very, very seriously.”

Global warming is already bringing longer-lasting heat waves that don’t cool down as much overnight, limiting people’s ability to rest and recover. As climate change accelerates, scientists project the number of days topping 95 degrees in Los Angeles to double or even triple within a few decades.

“It means that we’re going to have increasingly difficult times in terms of weather events, particularly heat,” said Fielding, who is co-director of a new center at UCLA focused on addressing the near-term health impacts of climate change.

This weekend’s heat spell, he said, “is not a one-off that maybe we won’t have for another 20 years. This is going to become more the norm, unfortunately.”

A 2012 analysis by the L.A. County Department of Public Health found there were 3.6 times as many emergency department visits on days with temperatures above 100 degrees compared to days with temperatures in the 80s. Across California, heat-related emergency room visits increased by 35% between 2005 and 2015, “with disproportionate increases among African Americans, Asian Americans and Latinx residents due to the inequitable impacts of extreme heat,” according to the department.

Helen Chavez, associate director with the L.A. County Office of Emergency Management, said dozens of cooling centers have been activated at libraries, community centers, gymnasiums and other locations throughout the county, but are operating at lower capacity than usual due to coronavirus social distancing restrictions.

Still largely closed are movie theaters, malls and other air-conditioned public gathering places that people without air conditioning would normally flock to.

“The problem with cooling centers is they’re not all that cool. They’re kind of boring, so people don’t really gravitate to them,” said Bryn Lindblad, deputy director of the Los Angeles nonprofit Climate Resolve, which advocates for reflective roofs and other measures designed to reduce urban temperatures.

About one-third of households in Greater Los Angeles lack air conditioning, but that number is higher in neighborhoods near the coast, where roughly half don’t have air conditioning, according to a 2019 study by USC scientists.

Much like with the coronavirus, the health damage from heat waves is not distributed evenly. Poorer communities of color tend to have more paved surfaces and less shade, and therefore suffer more from higher temperatures.

“We’ve brought this heat on ourselves from our carbon pollution, but the people who have done the least to cause that problem will have the hardest time escaping it now,” Lindblad said.

That’s partly because of the urban heat island effect, in which the masses of buildings and paved surfaces that dominate cities make them several degrees hotter than their rural surroundings. Those hard surfaces absorb heat and radiate it overnight, making it even harder for residents in the most urbanized areas to cool down and recuperate.

At the same time, some of the populations at greatest risk for heat-related illness have also been hit hard by COVID-19, including residents over 65, those with preexisting health conditions and people working outdoors, such as farmworkers and construction workers.

“Again and again, whether it’s heat, wildfire or COVID, it seems to be the same very high-risk groups that are affected,” Basu said.

Many of those same communities have also suffered disproportionately for years from higher exposure to air pollution and other environmental health threats. That’s certainly the case in the northeast San Fernando Valley, where a high of 113 is forecast for Sunday.

Andres Ramirez, policy director with the environmental justice group Pacoima Beautiful, said he is worried about how the area’s low-income residents will deal with a dangerous combination of a brutal heat wave and pandemic restrictions that have put cooled public spaces at a greater premium than ever.

“Those resources are not as available because we’re still in a pandemic and the mandate is we shouldn’t be congregating,” Ramirez said. “But at the same time, people need to be able to get out of their house when it’s a heat wave and it’s 110 degrees.”

Ramirez hopes people find ways to cool down — maybe walk to a park and find some shade, he said. “But I feel like climate change is almost magnified in our communities.”

A recent study by the Los Angeles Urban Cooling Collaborative, which is developing strategies to combat urban heat, found that widespread tree planting and retrofitting of roofs and streets with solar-reflective surfaces could cool down Los Angeles enough to reduce heat-related illnesses and deaths by more than 25%.

“As scary as it is — and sometimes it feels really doom and gloom — the work that we’ve been doing … is fundamentally optimistic,” said Edith de Guzman, director of research for the environmental group TreePeople who directs the collaborative. “Because even though we’re in this boat together that’s kind of sinking, we’re like OK, hang on, we can actually have a positive impact. We can actually save lives.”

Even without air conditioning, there are concrete steps you can take to get through an exceptionally hot Labor Day weekend with your health intact.

Here are some recommendations from authorities and health experts:

Chavez, with the county emergency management office, urged residents to familiarize themselves with the signs of heat exhaustion and illness and be prepared to keep themselves and their families safe.

“Heat-related illnesses can kind of creep up on you,” Chavez said “So now is the time, when we’re having protracted periods of heat, that it’s really important to be aware of how you’re feeling.”