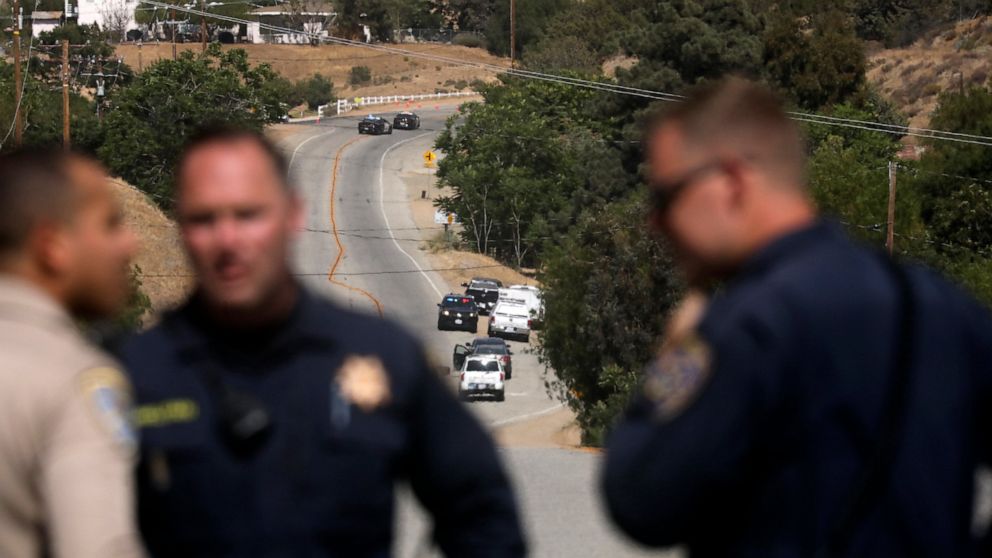 SANTA CLARITA, Calif. — A Los Angeles County firefighter appeared to have a longstanding job-related dispute with the colleague he shot and killed at their small, rural fire station in what became California’s second deadly workplace shooting in less than a week, authorities said Wednesday.

The gunman also wounded a fire captain at the station about 45 miles (72 kilometers) north of Los Angeles on Tuesday before setting his house on fire in a nearby community and apparently killing himself, officials said.

Preliminary interviews with other employees at Fire Station 81 indicate the shooter and the firefighter who was killed had “some workplace beef,” said Los Angeles County sheriff’s Lt. Brandon Dean, who is overseeing the homicide investigation.

“It sounds like they didn’t like each other,” Dean told The Associated Press, without elaborating about their problems.

He said investigators will comb through the Fire Department’s personnel files to see if any official complaints had been made or disciplinary actions had been taken before the bloodshed. It was not immediately clear how long the two had worked together at the station in Agua Dulce, a rural community of about 3,000 people in the desert of northern Los Angeles County.

The coroner’s office on Wednesday identified the firefighter who died as Tory Carlon. The 44-year-old fire specialist who drove the firetruck was shot several times in the upper torso, authorities said. He had three daughters and had been with the department for more than 20 years.

Hundreds of people honored him at a vigil Tuesday night at a park near the station, remembering him as a devoted father and committed firefighter who mentored younger colleagues.

The 54-year-old fire captain who was wounded was still in critical but stable condition. He is expected to survive his injuries, Dean said. Sheriff Alex Villanueva said the captain had previously been a deputy before transferring to the Fire Department.

Detectives believe the captain, who wasn’t identified, heard the shooting and went to find the source of the gunfire, but it wasn’t clear if he tried to intervene or the attacker turned the gun on him, Dean said. It was not immediately clear if the shooter also had a dispute with the wounded man.

Property records show that firefighter Jonathan Tatone owned the home that burned in the community of Acton, about 10 miles (16 kilometers) from the fire station. He bought it last July. Tatone is listed as a county firefighter since at least 2012, according to public payroll and pension records kept by Transparent California.

The coroner’s office has not officially identified him as the shooter, and an autopsy is pending. Fire Department officials on Wednesday did not release more details about his employment.

The gunman was off-duty when he went to the fire station and opened fire, authorities said. He then drove to his house and set it on fire. He was later found dead in an empty pool of a gunshot wound that appeared to be self-inflicted because nobody else was there and deputies didn’t open fire, sheriff’s officials said.

Investigators seized a handgun at the home they believe is linked to the shooting at the fire station.

Fire Chief Daryl Osby said the small station — one of 172 throughout Los Angeles County — has only four firefighters per shift and was considered a second home by employees who typically work 24 hours at a time.

“As a fire chief, I never thought that when our firefighters face danger, that they would face danger in one of our community fire stations,” Osby said.

Tuesday’s shooting occurred less than a week after a man opened fire with three handguns at the Santa Clara Valley Transportation Authority bus and rail yard in San Jose, killing nine of his co-workers and then himself as law enforcement closed in. He had rigged his home to burn down before heading to his longtime workplace last Wednesday.

Acquaintances said 57-year-old Samuel Cassidy had a short fuse at times and a longtime grudge against his workplace, but the exact motive for the shooting was under investigation. Body camera footage from a Santa Clara County sheriff’s deputy who went into a building as shots were being fired was released Tuesday.

A new FBI report found that California had the most mass shooting incidents in the last 20 years, aligning with the fact that it’s the nation’s most populous state.