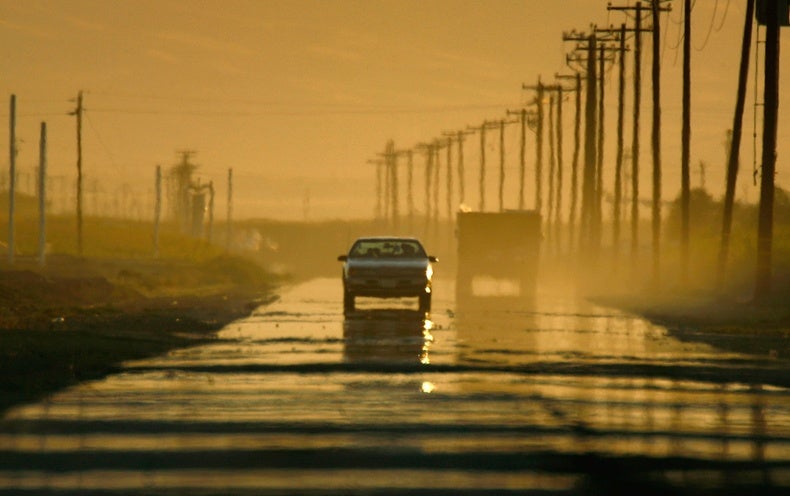 CLIMATEWIRE | For the next five summers, extreme heat and other climate change impacts will threaten the reliability of California’s electrical grid, state officials said Friday.

“The responsibility is becoming increasingly difficult to fulfill with the tools we have in hand,” he said. “Climate-change-induced drought, fire and heat is very difficult to predict.”

State and grid officials earlier this month revealed that California faces the possibility of electricity blackouts returning this summer because of power supply shortages (Energywire, May 9). That prediction was based on an analysis of existing power supplies, new sources expected to come online and the potential for extreme events. Friday’s presentation was the first to give an in-depth look at potential gaps between electricity supply and peak demand beyond this coming summer, with analyses that also cover the summers of 2023 through 2026.

The most precarious window for electricity supply shortages is early evenings, after the state’s robust solar power is no longer working. September is the most potentially problematic month in all of the years examined.

The warnings come as the nation’s most populous state seeks more renewable energy on its grid, with the aim to have a 100 percent carbon-free electricity supply by 2045.

State officials are also trying to avoid a repeat of August 2020, when power supply shortages led to rolling blackouts on a Saturday evening and a few hours the next night. Power supplies remained tight throughout that month. Residents and businesses cut consumption, Democratic Gov. Gavin Newsom authorized the use of diesel generators and other moves, and the lights stayed on.

Climate change is altering how energy and grid officials calculate the state’s electricity supply. They used to plan to have enough supply to cover a crisis event that would happen once a decade.

After the 2020 rolling blackouts, California authorities now aim for a buffer of power supply that is 22.5 percent above projected peak demand.

Gunda said that’s a proxy for extreme events that could hit. Energy officials now must account for large fires, he said, droughts beyond the historical levels and demand that’s changing because of extreme heat.

Outages could hit millions of homes

Electricity reliability during early evenings in September will be challenging for the next five years, with the state unable to find enough power supply sources to provide that 22.5 percent buffer, according to Friday’s presentation.

This summer, the potential gap between energy demand and supply could hit 3,500 megawatts. That would leave as many as 3.5 million homes without power.

Starting next summer, the state should have sufficient electricity supply under normal circumstances. But extreme events could create a demand surge and electricity supply shortage, planners said. In 2023, the power supply gap in those cases is 600 MW. In 2024, it rises again to 2,700 MW. A year later, in 2025, the potential shortfall is 3,300 MW.

“There are some large retirements in 2024, and so … there are many more hours of concern across the peak” demand period, said Hannah Craig, with the Energy Assessments Division at the California Energy Commission.

She didn’t specify which generation sources would be retiring. But the analysis assumes the closure of the Diablo Canyon nuclear power plant run by Pacific Gas and Electric Co. The plant’s two reactors are scheduled to close in 2024 and 2025, though there’s now talk of potentially keeping the facility open for a few more years (Energywire, May 2).

The state’s grid manager, the California Independent System Operator (ISO), said it has built in some contingencies that will provide about 2,000 MW of power to help keep the lights on this summer. Those include utilities working with businesses to reduce their power consumption, energy efficiency upgrades at some plants and relying on backup generators.

“But here’s the challenge,” said Neil Millar, California ISO vice-president of transmission planning and infrastructure development. “That 2,000 [MW] is not going to be enough to really be prepared, particularly if we have cumulative” extreme events.

For example, the Bootleg Fire in Oregon last year made 4,000 MW of imported power unavailable, he said. This year, California may need about 7,000 MW of additional support and perhaps as much as 10,000 MW in 2025, Millar said.

The Newsom administration’s plan for energy reliability includes directing the state Department of Water Resources to buy more power supplies, such as backup generators and storage, Millar said. In addition, the state would keep some power plants running that would otherwise be retiring. And California would use power purchase agreements to bring more resources into the state.

The state would also offer incentives for large business customers, or groups of customers, to cut their electricity consumption more during peak demand times.

Electric utilities are bringing on new generation projects and attempting to bring on even more, according to staff at the California Public Utilities Commission.

“We have thousands and thousands of megawatts under contract,” said Molly Sterkel, program manager of infrastructure planning and permitting at the CPUC. Developers have “entered into these contracts with entities, and they’re working diligently to bring resources online,” she said.

But they face many obstacles, Sterkel said.

Those include “tremendous inflationary pressures” that are triggering price increases throughout project development, she said. She also pointed to the Department of Commerce’s review of whether Chinese companies are avoiding paying tariffs by funneling their exports through Southeast Asian countries (Energywire, May 19).

“This has led to a severe disruption in the supply of solar panels into the U.S. market,” Sterkel said.

There also are “severe manufacturing disruptions in China, in particular for battery equipment, and they were shut down due to Covid,” she said.

The California Energy Commission’s Gunda emphasized Friday that the grid’s reliability is essential as the state seeks to remove carbon from its grid — and lead the way “for the nation and the globe.”

“If we stumble on keeping the lights on, the whole climate agenda is at risk,” he said.