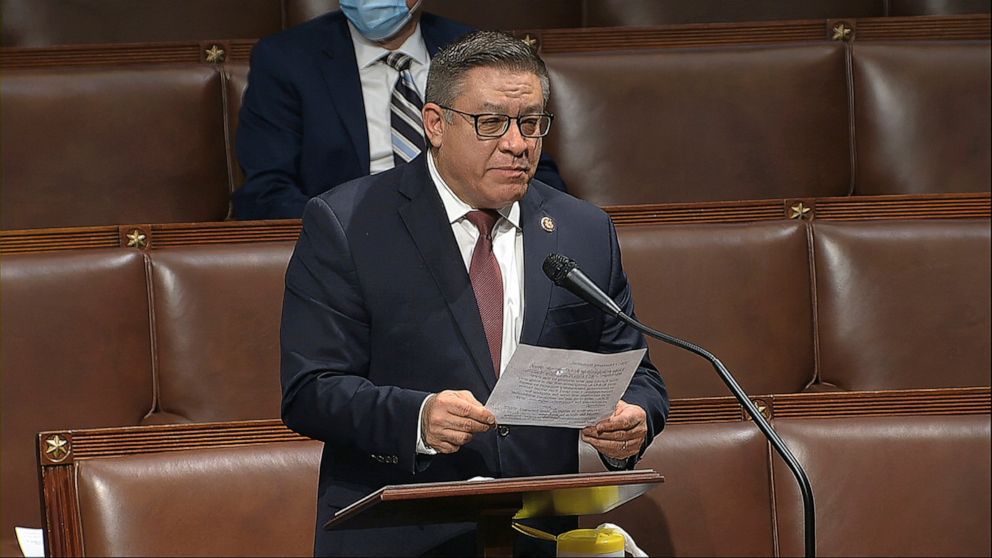 Rep. Salud Carbajal of California says he tested positive for the coronavirus after coming into passing contact with Utah Sen. Mike Lee

SAN FRANCISCO — Rep. Salud Carbajal of California has tested positive for the coronavirus after coming into passing contact with Sen. Mike Lee, a Utah Republican who is among a growing number of lawmakers and White House staff now confirmed to have the virus, his office said.

The Democrat from Santa Barbara said in a statement that he sought a test “after discovering I was exposed to an individual who tested positive for COVID-19.” That initial test came back negative. But a second test administered Tuesday was positive.

He said he has “mild symptoms.”

“I hope this serves as a reminder of how easily this virus can spread,” Carbajal said. “I followed every precaution, including wearing a mask, social distancing, and hand-washing and unfortunately was still exposed.”

While he did not identify the person in public statements, Mannal Haddad, a spokesperson for the congressman, said in an email that he “interacted with Sen. Lee in passing a couple of times last week and was prompted to get a test after being informed Sen. Lee tested positive.”

Lee and Carbajal live next door to each other in the same building, said Conn Carroll, a spokesman for Lee. He said Lee informed the congressman of his diagnosis as soon as it happened.

Lee, who attended the Sept. 26 White House Rose Garden announcement for President Donald Trump‘s nominee for U.S. Supreme Court, disclosed last week that he had tested positive for the coronavirus, soon after Trump said he and the first lady had tested positive.