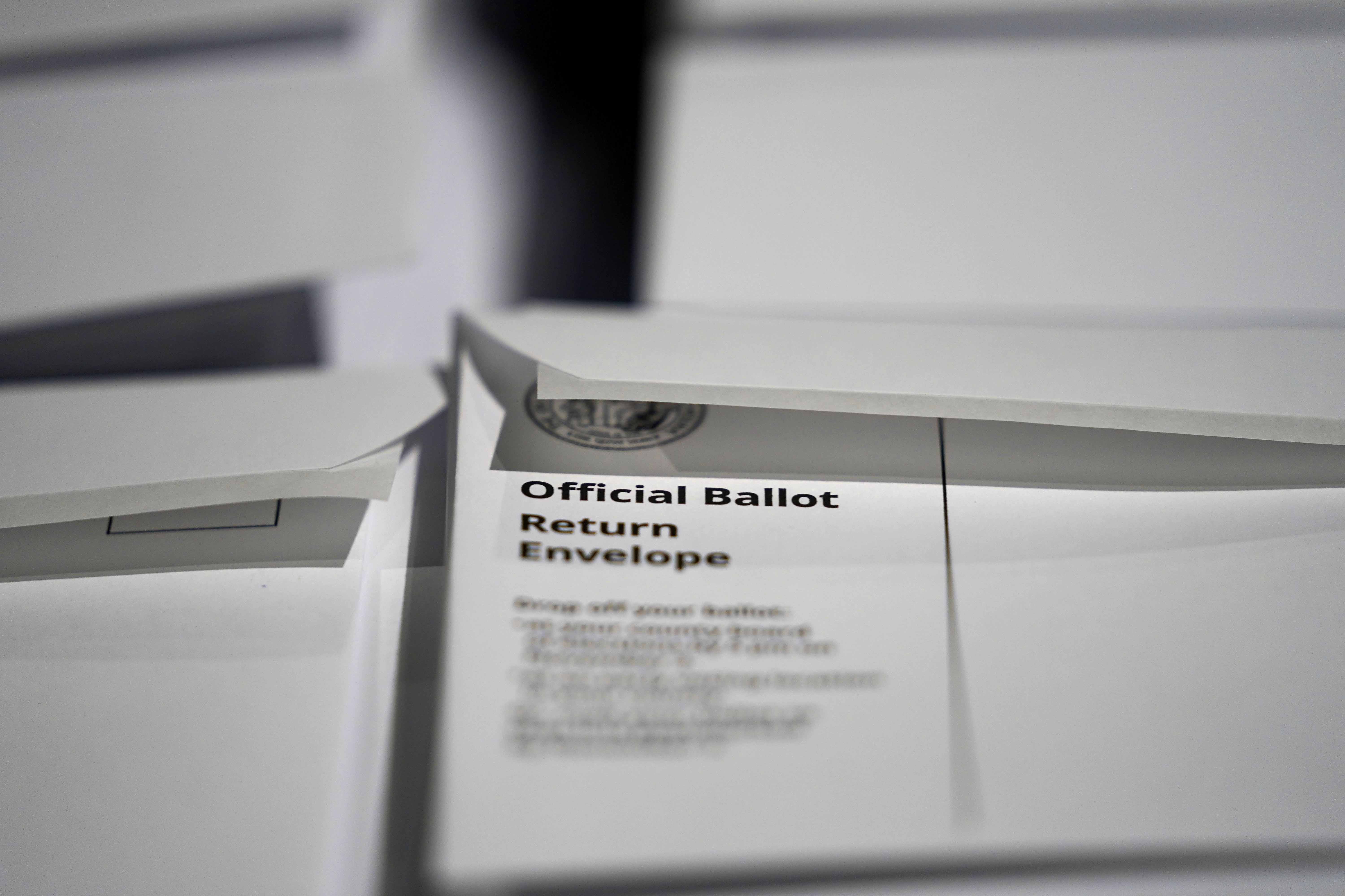 “I am deeply sorry for the hurt that I have caused in my personal life, and I also apologize to all of you,” Cunningham said in his seven-minute remarks. “And I hope each of you watching at home will accept this sincere apology and that we will continue to work together to change the direction of our country and strengthen our state.”

Along with his first public address mentioning the affair, Cunningham’s campaign restarted other key operations, with absentee voting well underway and early voting set to begin in eight days. His campaign sent out two fundraising emails Wednesday, neither of which mentioned the affair or any of the recent developments. It also restarted Facebook ads, which had temporarily paused.

The candidate himself spoke briefly to a local TV reporter in a parking lot in Raleigh, cup of coffee in hand and mask sliding off his nose, essentially reiterating his statement that the race isn’t about his personal life, but about policy issues. But he has not yet answered questions or spoken in more detail about the allegations.

Republicans have piled on. They’re running TV ads attacking him over the revelations and Facebook ads linking to local news coverage of the affair. They’ve also criticized other Senate challengers who are scheduled to fundraise with him and amplified every new, often embarrassing detail on social media.

“We certainly think that he has a lot of questions that he needs to answer if he’s going to stay on the ballot,” said Michael Whatley, the state GOP chairman. “The voters of North Carolina deserve to know what his explanation is on any of this stuff. And the fact that he has hidden behind a fig leaf of saying, please honor my family’s privacy … I don’t think [it is] going to work with North Carolina voters.”

Cunningham pushed back against Republicans’ offensive in his remarks on Wednesday.

“And because Thom Tillis knows that he is losing and knows that we are winning, he has now resorted to trying to make this campaign about something other than the issues,” he said.

Luke Blanchat, Tillis’ campaign manager, said in a statement that Cunningham’s remarks were insufficient, calling it an “insincere apology” and calling on him to answer more questions.

“Cal Cunningham’s comments tonight only make his scandal — and the hypocrisy of his campaign — worse,” Blanchat said. “Cunningham is afraid to directly address why and how he betrayed the trust of North Carolinians.”

Democrats have stood by Cunningham. The Democratic Senatorial Campaign Committee is adding an additional $3 million to their TV reservations for the final two weeks of the campaign. Lauren Passalacqua, a spokesperson for the committee, said it was part of an ongoing strategy to add funding into core races, which include Iowa, Montana and Arizona. The DSCC is now set to spend nearly $21 million in the state, according to data from Advertising Analytics.

“People are disappointed about this, and they certainly don’t need this now,” said Gary Pearce, a veteran Democratic operative in the state. “But from Democrats I talk to, people don’t seem to be turning on him.”

Carolyn Eberly, an activist for the Indivisible group in the state’s 9th Congressional District, called it a “distraction” and said Cunnigham shouldn’t spend more time talking about it.

“The more he talks about it and addresses it, it just puts it in the news cycle more,” she said, calling it “not helpful.”

Privately, though, Democrats expressed frustration with the circumstances, which knocked them off course in a race previously seen as leaning in their direction. Operatives are waiting for polling to show whether Cunningham will face lasting damage from the news or whether the race remains stable. But the distraction itself has left some angry.

“I am nervous. I don’t feel good about this. Everyone’s going to put on a brave face,” said one Democrat involved in Senate races, who requested anonymity to speak candidly. “He’s gotta go out there, own it and move on.”

Moving on may prove difficult given the steady drip of new information in recent days. After The Associated Press reported Tuesday that Arlene Guzman Todd confirmed the relationship, her husband, from whom she was separated, told the Raleigh News and Observer Wednesday that Cunningham should exit the race.

An Army official also confirmed it is conducting an investigation into the affair, though no further details about that investigation were clear.

Cunningham’s spokesperson, Rachel Petri, said in a statement that Cunningham, a 47-year-old lieutenant colonel in the reserves, would participate in the Army investigation.

Bryan Bender contributed to this report.