C.D.C. Director Encourages Second Booster for Elderly and Many With Chronic Conditions 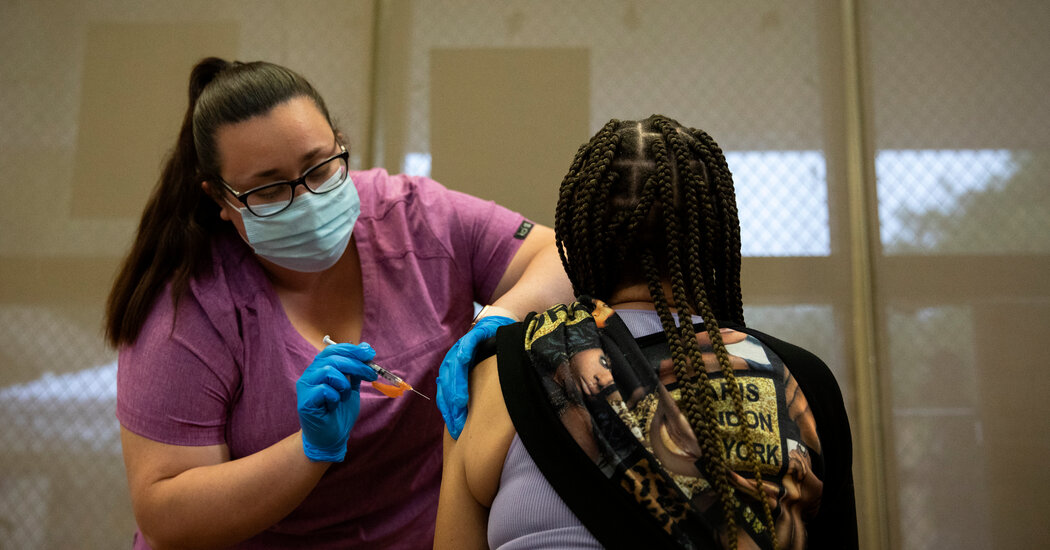 Dr. Rochelle P. Walensky, director of the Centers for Disease Control and Prevention, said Tuesday that her agency “really would encourage people who are over 50 who have underlying medical conditions and those over the age of 65” to get a second booster shot.

Her remarks at a White House briefing were her clearest statement to date on who should get what for most people amounts to a fourth shot against the coronavirus.

Last week, the Food and Drug Administration authorized a second booster of Pfizer-BioNTech or Moderna’s vaccines for everyone over 50 and many immunocompromised people, four months after the first booster. At the time, Dr. Walensky said that the option was “especially important” for those over 65, as well as for those over 50 with chronic health problems, such as diabetes or obesity. Still, before Tuesday’s briefing, some health experts said they were unsure whether to recommend the second booster for those groups.

“I think there is confusion,” said Dr. Jose Romero, Arkansas’s health secretary who chairs the C.D.C.’s outside expert advisory committee on vaccine policy. He said leaders of some other state health departments had voiced the same reaction.

“It’s been a bit of a challenge for our communications department to work out the infographic on how to explain” who should get the second booster and with what vaccine, Dr. Romero added.

The decision to offer a second booster continues to generate controversy, with some immunologists and vaccine experts arguing that the federal government lacked enough data to justify the move, at least for those younger than 65. Some of that criticism will likely be aired on Wednesday at a public meeting of the F.D.A.’s outside advisory committee of experts where the broader U.S. booster strategy is set to be discussed.

Federal regulators initially leaned toward giving everyone 60 or 65 and older the option of a second booster, based heavily on data from Israel, which has been offering the additional shot to those 60 and older since early January. They decided to include people as young as 50, they said last week, because about one-third of Americans between 50 and 65 have serious health problems.

Dr. Peter Marks, who is in charge of vaccine regulation for the F.D.A., has said that trying to limit eligibility to certain people with chronic conditions would have been too confusing.

In an interview on the podcast “In the Bubble” this week, he said, “Unfortunately, medical comorbidities are often in the eye of the beholder.” Some people with such conditions don’t realize it, he said, while others may claim to suffer from them when they actually don’t.

Federal regulators said people could pick between the two brands of mRNA vaccines for their second booster regardless of their first booster’s brand. Asked on the podcast whether people should choose a different booster than their earlier shots, Dr. Marks said that while there was “a little bit of data” that switching vaccines may provide better protection, “probably the more important thing is just to get boosted with whatever vaccine you can get.”

Dr. Nirav D. Shah, head of Maine’s state health agency and president of the Association of State and Territorial Health officials, said regulators were right to make age the only criteria this time. When the federal government rolled out the first booster shots in the fall, he said, the C.D.C.’s eligibility criteria, with age and health conditions both as factors, baffled many people.

He said he tried to further simplify the C.D.C.’s guidance on second boosters last week for Maine residents. “I tried to remedy some of the confusion with clarity on our part,” he said.

The day after the C.D.C. updated its guidelines, he said, “I just went on Twitter and said, ‘You know what, if you’re eligible, you should just do it.’”

In Maine, the uptake has been brisk. “Our vaccination numbers shot up over the last couple days,” Dr. Shah said.

Not in Arkansas. “This is a trickle, a trickle,” Dr. Romero said.