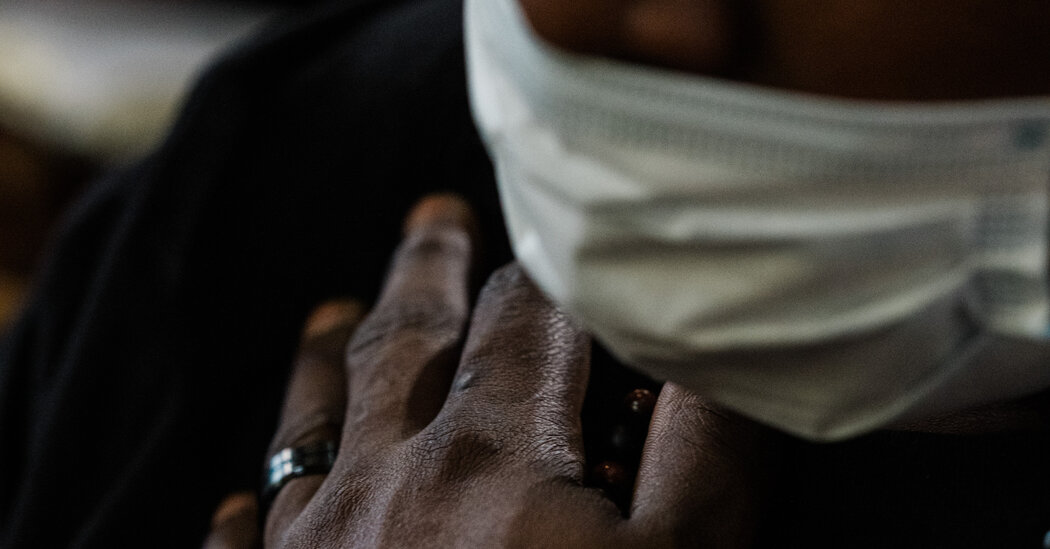 The racist slaughter at a Buffalo grocery store on Saturday is the latest episode in a troubling rise of violence against African Americans, built upon historic racial fault lines and a polarized social climate.

In 2020, a year marked by the triple forces of the coronavirus pandemic, the murder of George Floyd and a social justice movement protesting police violence and racism, the F.B.I. reported a surge in hate crimes targeting African Americans.

About 64.9 percent of the 8,052 reported hate crime incidents that year were based on race, ethnicity or ancestry bias, according to the F.B.I. Within that category, Black Americans made up more than half of the victims.

The number of reported hate crimes against African Americans in 2020 was 2,871, up from 1,972 in 2019. That spike drove a nearly 9.1 percent increase in hate crimes overall. In the five years before 2019, African Americans were victims in about half of all the race, ethnicity or ancestry bias cases, according to F.B.I. data.

Experts who track data caution that federal numbers are incomplete, and that some of that spike might be the result of increased awareness and more willingness to report such crimes. Yet they say the attention to social justice might itself have spurred more violence targeting Black Americans.

“The year 2020 changed the trajectory of prejudice in some ways to refocus on American Blacks, in part because of the social justice protests following the murder of George Floyd,” said Brian Levin, director of the Center for the Study of Hate and Extremism at California State University, San Bernardino.

While national hate crime statistics for 2021 have not yet been released, hate crime experts say the assault on Black Americans and institutions has continued: About a third of the nation’s historically Black colleges and universities were targeted with bomb threats this year, along with more than a dozen houses of worship and other faith-based and academic institutions, according to the F.B.I.

Racially motivated violence took center stage again in February when three white Georgia men were convicted of federal hate crimes for chasing down and killing Ahmaud Arbery because he was African American. The trial stood out for its unvarnished examination of racism.

The F.B.I. releases a report of hate crimes annually, but the federal tracking system does not require police agencies to submit data, and a significant number of victims may not report bias crimes to the police. The underreporting creates an imprecise portrait of the scale of hate crimes nationally, but the report still offers a useful snapshot of broad trends. In recent years, the Justice Department has encouraged victims to report bias and made prosecuting the crimes a priority.

The F.B.I. report released last year, based on data collected in 2020 from more than 15,000 law enforcement agencies, showed the highest spike in hate crimes in a dozen years, numbers driven largely by increases in incidents against Black and Asian Americans.

The F.B.I. defines a hate crime as a crime against a person or property motivated by bias. That can include everything from bomb threats and vandalism to physical violence and murder.

The federal data shows that in the past decade, hate crimes against Black Americans, who make up 12.1 percent of the population, have far exceeded those reported against any other group, including biases based on a victim’s religion, ethnicity or sexual orientation.

According to the data, 20,084 instances of anti-Black crimes were reported over the past decade. The next largest category in that time period, anti-Jewish crimes, included 7,688 reports — though the Jewish population is only about 2.4 percent of the U.S. adult population, according to Pew Research Center.

The man accused of the attack in Buffalo, a white 18-year-old armed with a semiautomatic rifle and a white supremacist ideology embraced during the idle hours of the pandemic, opened fire at a supermarket in a mostly Black neighborhood several hours away from where he lived.

The authorities say he killed 10 people and injured three others, almost all of them African American. In a screed the suspect posted online detailing his plans, he made clear they were driven by hate, scrawling a racist slur on his weapon and referring to replacement theory, a far-right belief that the white population is at risk of being replaced by people of color and immigrants.

The mass shooting, which the Justice Department is investigating as a potential hate crime, parallels other racial violence born from white supremacy, such as the massacres in a Black church in Charleston, S.C., a Pittsburgh synagogue and a Walmart in El Paso where the shooting suspect complained of Hispanic “invasion.”

The contemporary universe of hate crimes against African Americans is a combination of old and new strains of bigotry, those who study it say. It includes the enduring fear of demographic shifts and “replacement” brewing in pockets of the internet and often stoked by racist political rhetoric.

“It’s an old theme in white supremacists dating back decades, many decades,” said Jeannine Bell, a professor at the Indiana University Maurer School of Law and an expert on hate crimes.

“They’ve long been worried about white replacement,” she said. “And I imagine when times get tough as they are now, there are more worries about it.”

Dr. Bell also attributed the recent rise in anti-Black hate crimes in part to a backlash against the protests following the murder of George Floyd in Minneapolis.

Dr. Bell said it was not easy to trace the source of an increase in hate crimes. But major events like the protests in the summer of 2020 provide a helpful touchstone.

Hate crimes against African Americans are particularly difficult to count accurately, Dr. Bell said, because of a lack of groups dedicated to specifically tracking such crimes.

On Sunday, a group of national civil rights and social justice organizations called on President Biden to convene a summit this week to address hate crimes and right-wing extremism.

The Rev. Al Sharpton said on Twitter that he had spoken to two members of Mr. Biden’s cabinet and stressed the need for a summit: “This needs a National response to rising crimes immediately.”