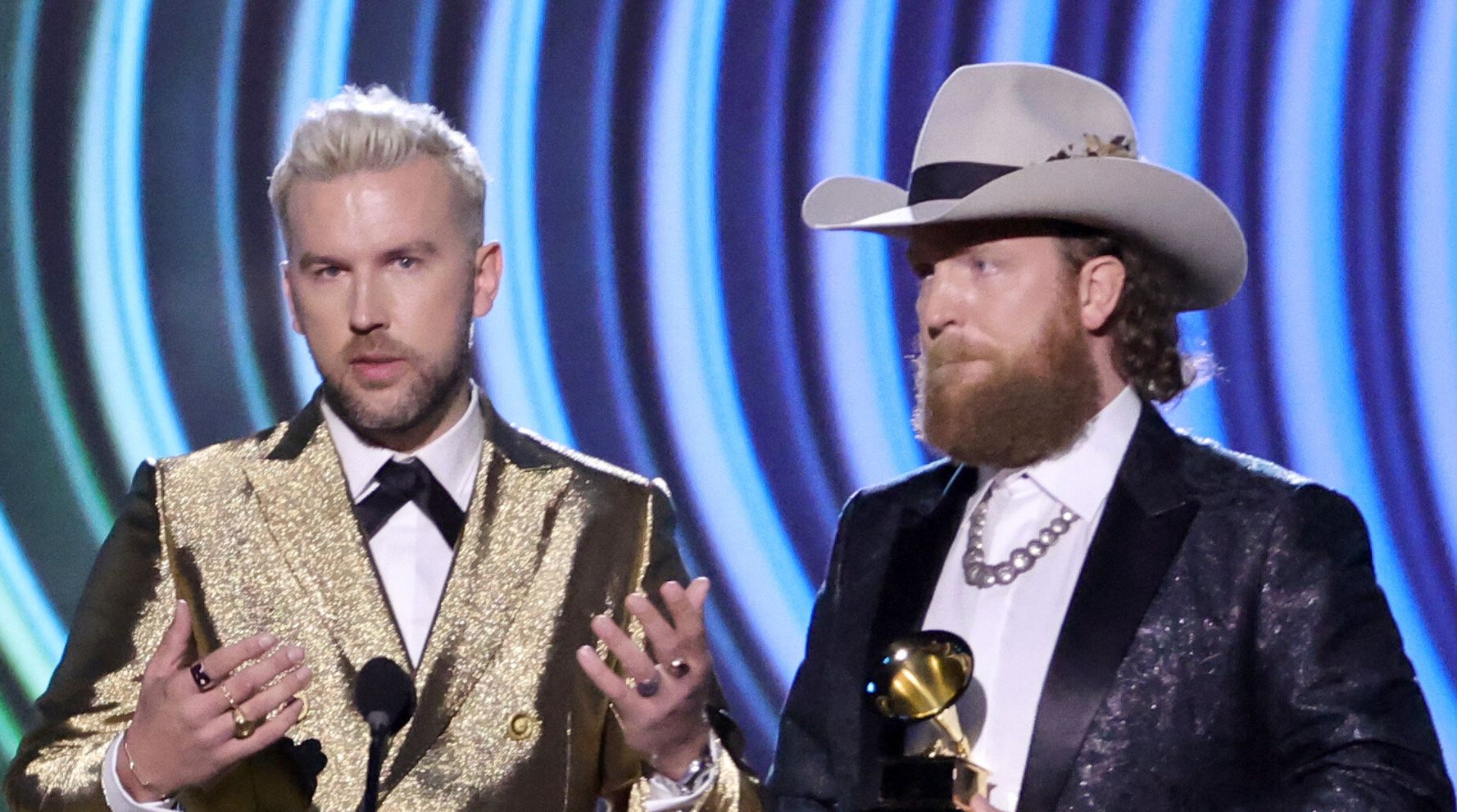 Last year, T.J. became the first male artist signed to a major country label to come out as gay. He reflected on that experience in the song “Younger Me,” which nabbed the Grammy for Best Country Duo/Group Performance.

As the Brothers Osborne took the stage to accept their award, T.J. made it clear that he viewed his band’s win as a deeply personal triumph.

“I never thought that I would be able to do music professionally because of my sexuality,” he told the crowd. “I certainly never thought it would be here on the stage accepting a Grammy after having done something I felt like was going to be life-changing, and potentially in a very negative way.”

T.J., who appeared to be holding back tears as he spoke, also offered a shout-out to boyfriend Abi Ventura before concluding his remarks.

Watch the Brothers Osborne win their first Grammy Award below.

“Here I am tonight, not only accepting this Grammy Award with my brother, whom I love so much, but I’m here with a man that I love and who loves me back,” he said. “I don’t know what I did to be so lucky.”

T.J., a Maryland native, first addressed his sexuality in a February 2021 interview with Time magazine. Though he’d been out to friends and family for years, he said that he felt he owed it to his fans to live openly as his authentic self.

Though Nashville is home to a growing subset of artists and personalities who identify as LGBTQ, T.J.’s announcement drew instant praise from fans and advocacy groups given that country is still perceived as a conservative genre.

“I’d been kind of living with these little fears all day every day for years,” he said at the time. “I think I was also just so excited to be free of that burden.”