Breyer Worries Retiring Could Add to Polarization. Would It? 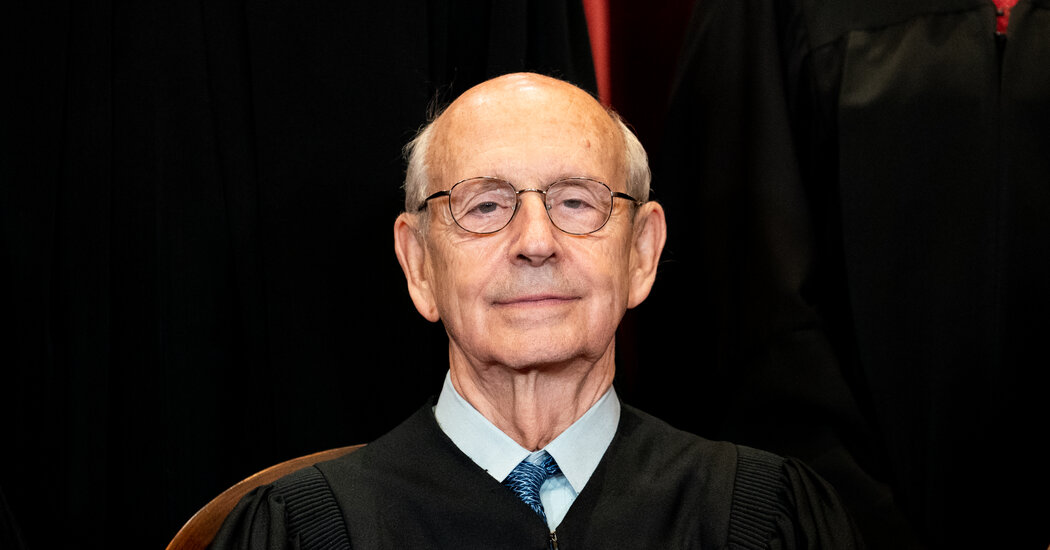 “You used to have a justice like Stevens or Souter,” he said, referring to Justices John Paul Stevens and David H. Souter, “who were moderate-to-liberal, depending on the issue, appointed by Republican presidents.”

Whatever the case may be with Justice Breyer, a new study found that federal judges do in fact tend to retire more readily under a president from the same party that appointed them. That is, politics seem to matter to judges when deciding when to retire. (The study looked at jurists up and down the federal bench, not only Supreme Court justices.)

The tendency to retire at a politically convenient moment has been more prevalent among judges appointed by Republicans, the study showed. Considering the facts, Professor Hasen said, “it’s inevitable that the Supreme Court itself is going to be seen as a partisan institution.” Indeed, polling has shown that views of the Supreme Court are increasingly divided along partisan lines.

“Justice Breyer is trying to fight against that because he believes that the legitimacy of the court depends on the acceptance of its rulings by everybody across society,” Professor Hasen added.

The question, he said, is whether Justice Breyer really intends to stay on the court as long as he can, or if his public statements are simply a calculation of their own.

“I don’t know if Justice Breyer is drinking his own Kool-Aid or not,” Professor Hasen said. “Do you believe what you’re saying? I understand the incentive to say it, but I don’t know if he believes it.” The professor pointed to Justice Amy Coney Barrett’s bitterly divided confirmation, days before the 2020 presidential election, to fill the vacancy left by Justice Ruth Bader Ginsburg.

“If he does believe it, I would say: Look at what happened with Justice Ginsburg being replaced by Justice Barrett,” Professor Hasen said. “You staying on the court for another year is not going to make things less politicized.”