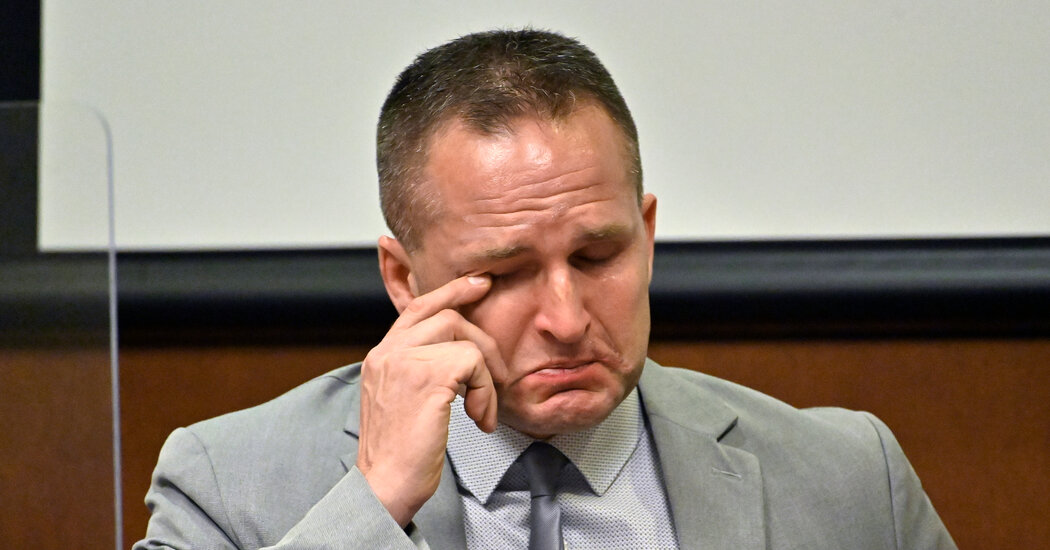 “And Ms. Taylor’s family, it was just — she didn’t need to die that night,” Mr. Hankison said from the stand before prosecutors quickly objected.

On cross-examination, Barbara Whaley, an assistant attorney general, pressed Mr. Hankison on what he had been aiming at and why he did not realize or consider that another apartment sat directly behind Ms. Taylor’s.

Mr. Hankison reiterated that he had been firing toward the “strobing” light of the muzzle flashes, and he said that he had been focused on Ms. Taylor’s apartment, No. 4, and that other officers had been standing in front of the door of the neighboring unit, obscuring his ability to see it.

A day earlier, Chelsey Napper, who lived in the apartment that was struck by Mr. Hankison’s bullets, testified that she had been about seven months pregnant on the night of the police raid, and that she had awakened suddenly to a loud sound from outside. Ms. Napper said she and her boyfriend, Cody Etherton, initially had no idea that the bullets piercing their apartment were coming from the police.

“There were bullets flying everywhere,” Ms. Napper said, describing her frantic rush to check on her son, who was 5 years old at the time, and how she cowered on the floor with him.

Following Ms. Taylor’s death, two states and a host of municipalities banned or restricted the police from serving “no-knock” warrants, which authorize officers to burst into homes without warning; in Ms. Taylor’s case, a judge had initially signed off on such a warrant but the orders were later changed to require that the police knock and identify themselves. The officers involved in the raid have said that they did so, but Mr. Walker and many neighbors at the apartment complex said they only heard the officers bang on the door.

Myles Cosgrove, the detective who the F.B.I. said fired the bullet that killed Ms. Taylor, will not testify, the judge overseeing the case ruled, because he may be a subject of a federal investigation into the raid on Ms. Taylor’s apartment. A recorded deposition he gave as part of a lawsuit was played for jurors instead.