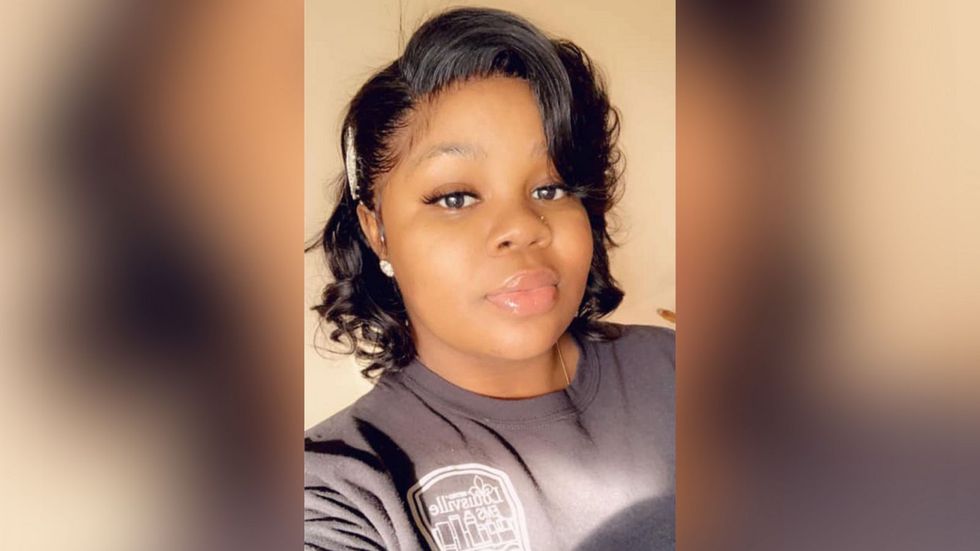 One-hundred-ninety days after Taylor was killed, and 126 days after Kentucky Attorney General Daniel Cameron’s office took over the case, a grand jury on Wednesday afternoon announced its findings.

Hankison was indicted for shooting 10 rounds from outside Taylor’s apartment; some of those shots ended up in adjacent apartments, which was why he was indicted.

Taylor, 26, was shot six times by LMPD officers and left bleeding to death on the floor of her hallway on March 13. Officers were serving a warrant related to a narcotics investigation just after midnight on March 13.

With Hankison were Sgt. Jon Mattingly and Det. Myles Cosgrove; the trio were placed on administrative reassignment following the shooting, per department protocol. Hankison was later fired for “blindly” shooting those 10 rounds, according to his termination letter. The grand jury did not charge Mattingly or Cosgrove.

Cameron spoke after the grand jury presentation. Several minutes into his own remarks, he cleared up a point of uncertainty that had contributed to the multitude of narratives surrounding the case. Cameron said the officers knocked on Taylor’s door and announced themselves, contradicting those who had said they did neither.

Cameron’s office took over the investigation in May. Protesters have crowded city streets for the nearly four months since; pro athletes, public figures and other celebrities have called for the arrests of the officers involved in Taylor’s death.

Mattingly was shot in the leg when the officers used a battering ram to get into Taylor’s apartment. Taylor’s boyfriend, Kenneth Walker, fired one shot, thinking intruders were breaking in. That bullet struck Mattingly in the femoral artery, but he recovered from his injury. Walker was charged with attempted murder of a police officer, but that charge was later dropped.

At a hastily-called midday news conference, Louisville Mayor Greg Fischer announced that a 72-hour curfew will begin Wednesday, prohibiting people from being on city streets from 9 p.m. to 6:30 a.m. The goal, Fischer said, is to allow protesters to gather and express their opinions during daylight, but once night falls, anyone not going to work or church or seeking medical services needs to remain indoors.

“We will not tolerate any violence or destruction of property,” LMPD Interim Chief Rob Schroeder said at that news conference.

Hankison could face up to five years in prison for each of the wanton endangerment charges. His bond will be set at $15,000.

LOUISVILLE, Ky. (WSAZ) – More than six months after Breonna Taylor was shot by Louisville police officers during a no-knock warrant, a grand jury has decided to charge one of the officers in the case.

Detective Brett Hankison was indicted on three counts of wanton endangerment. Hankison will be booked on a $15,000 cash only bond.

The other two officers involved were not charged.

Taylor’s death has sparked outrage in Louisville and across the country.

WSAZ’s sister station, WAVE, reports Taylor’s family had asked the officers in the case be charge with manslaughter.

For months, protestors and family members have called on Kentucky Attorney General Daniel Cameron to charge the officers involved.

Earlier this month, he remarked that “an investigation, if done properly, cannot follow a certain timeline.”

On Wednesday, Louisville mayor announced a 9 p.m. to 6:30 a.m. curfew ahead of the grand jury’s report on Breonna Taylor’s death.