Brennan is told he is not a target of criminal inquiry into Russia investigation. 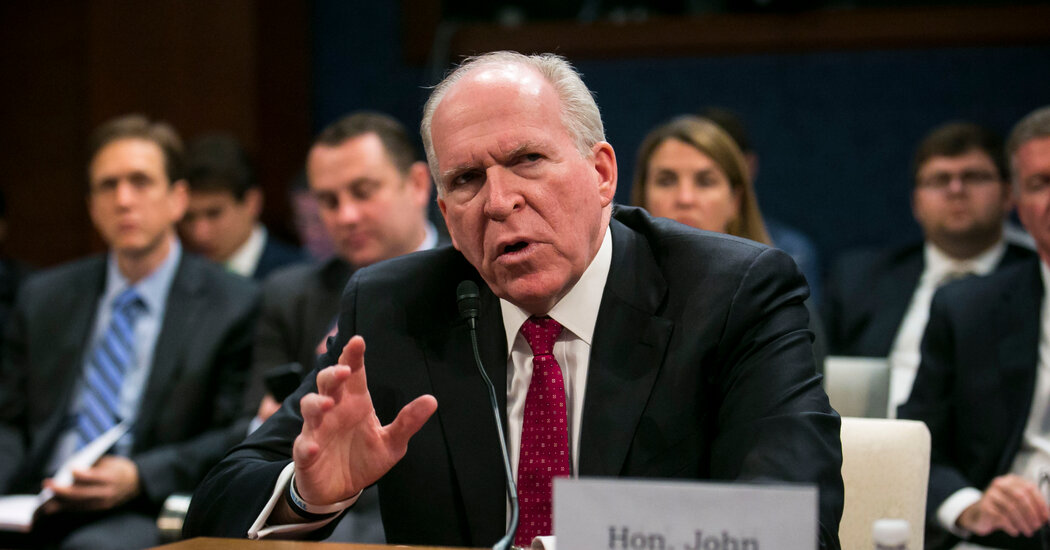 The former C.I.A. director John O. Brennan was told during eight hours of questioning on Friday that he was not the target of any criminal inquiry as part of a divisive Justice Department examination into the Russia investigation’s origins.

During the interview, at C.I.A. headquarters, Mr. Brennan was informed he was “only a witness to events that are under review,” his aide announced. Mr. Brennan oversaw the agency’s inquiry into — and effort to stop — Russia’s campaign to intervene in the 2016 election.

John H. Durham, the United States attorney leading the Justice Department’s investigation, interviewed Mr. Brennan on a “wide range” of subjects, including the agency’s inquiry and the related intelligence report that the Obama administration made public in January 2017.

Democrats have expressed deep skepticism about the Justice Department investigation, suspicious that it will present a biased view of the F.B.I.’s and C.I.A.’s attempts in 2016 to investigate Russian interference. A bipartisan Senate review of the C.I.A.’s work in 2016 this week backed the agency’s conclusions, and some lawmakers have said that report underlines the lengths Russia went to try to influence the election results, a campaign that justifies both the F.B.I.’s and C.I.A.’s efforts to determine what was underway.

During his interview with Mr. Durham, Mr. Brennan joined in the criticism of the Justice Department.

“Brennan also told Mr. Durham that the repeated efforts of Donald Trump and William Barr to politicize Mr. Durham’s work have been appalling and have tarnished the independence and integrity of the Department of Justice, making it very difficult for Department of Justice professionals to carry out their responsibilities,” Mr. Brennan’s aide, Nick Shapiro, said on Friday in a statement, which he echoed on Twitter.

Since before President Trump took office, he has bristled at accusations that he won the election with the help of the Russians. He and his allies have sought to question the origins of congressional investigations, the F.B.I.’s inquiry and the work of Robert S. Mueller III, the special counsel. Mr. Trump has repeatedly called those efforts a witch hunt.

The president’s praise of Mr. Durham has raised deep suspicions, and prompted Attorney General William P. Barr to defend the inquiry against charges that he was using it to settle scores for the White House.