Brayden Harrington, a boy with a stutter, gave a gripping convention speech. 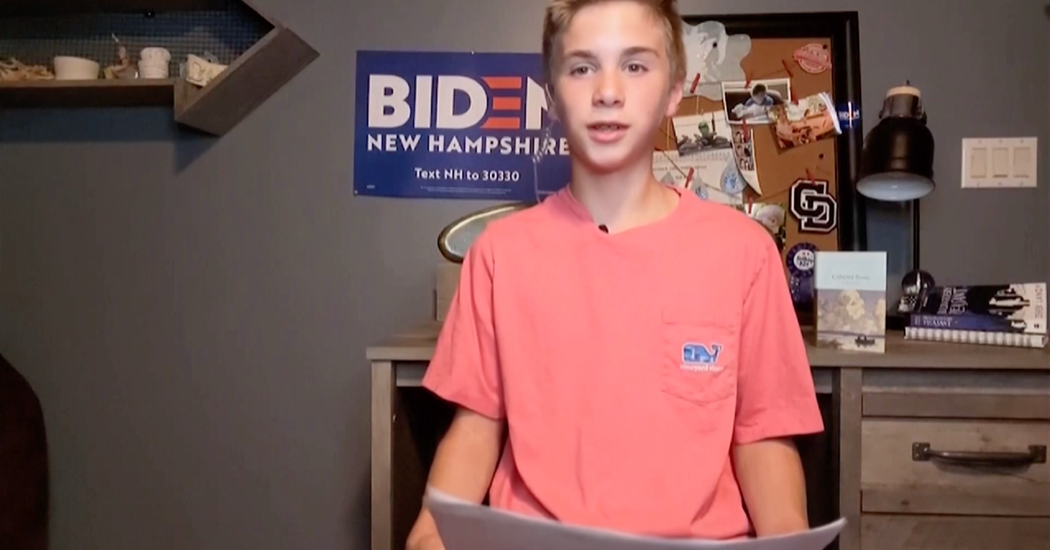 In a Democratic convention that was relatively short on surprises, a big one that packed an emotional wallop came from a young man who is still years away from being old enough to vote.

“Hi, my name is Brayden Harrington, and I’m 13 years old,” he began somewhat haltingly, “and without Joe Biden I wouldn’t be talking to you today. About a few months ago, I met him in New Hampshire. He told me that we were members of the same club.”

“We ——” a nation held its breath for nearly six seconds as Brayden struggled to get the word out “—— stutter.”

Mr. Biden had a debilitating stutter as a child, and he has befriended young people he has met through the years who stutter as well.

Brayden’s two-minute speech was a remarkable display of vulnerability and courage, and it reminded viewers who may have winced at Mr. Biden’s uneven performances that there can be more important qualities in a public speaker than clear and controlled cadences.

He talked about how Mr. Biden had made him feel more confident and hopeful about what he could accomplish. Then he wrapped up his remarks in a way that eloquently captured Mr. Biden’s core message.