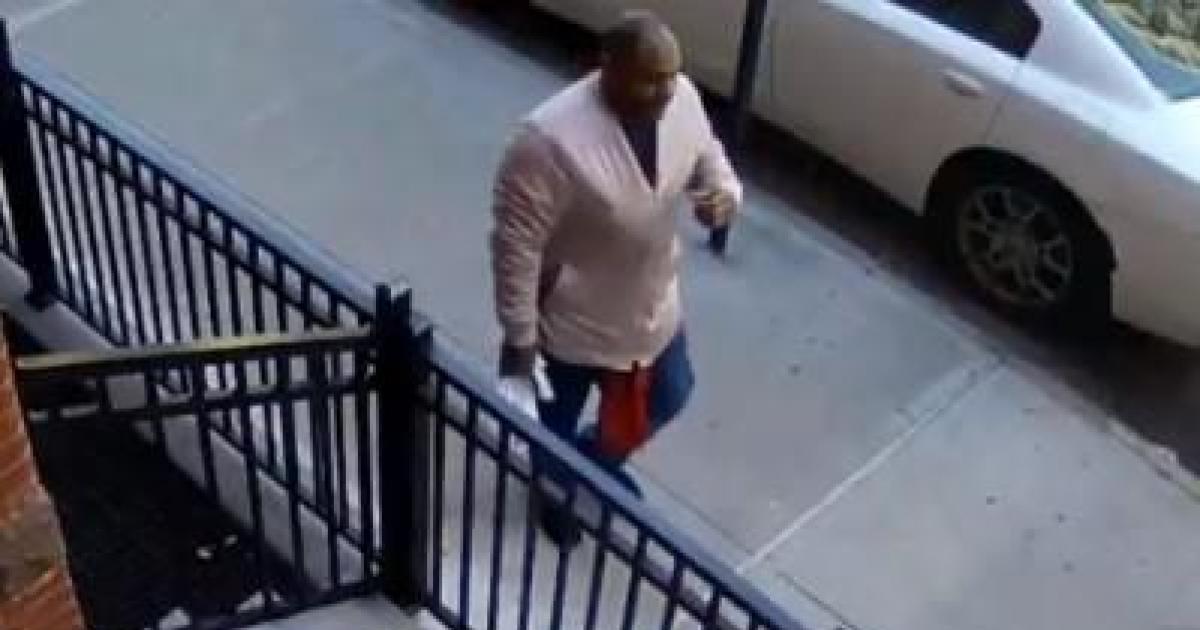 A homeless man on lifetime parole after serving time for killing his mother has been arrested in the brutal attack Monday on a 65-year-old Asian woman in midtown Manhattan. Police say Brandon Elliot, 38, was apprehended in a hotel where he was staying that’s being used as a homeless shelter. The hotel is near the site of the attack.

Numerous tips led to Elliot’s capture, police told CBS News, adding that Elliot was released from prison in 2019. Police were offering a $2,500 reward for information leading to an arrest. There was no early word on whether the money would be awarded or to whom.

It was one of two new vicious attacks on Asians in the city and came amid a sharp rise in hate crimes against Asians there and nationwide. Bystanders did nothing to help as the victims of the two latest New York incidents were attacked.

The attack on the woman happened Monday outside an apartment building as she was walking to church just before noon, CBS New York reports.

Surveillance video showed a man kicking the woman to the ground and stomping on her several times before he made anti-Asian statements, police said. Sources told CBS New York he also told the woman “You don’t belong here” before running off.

The victim was hospitalized with serious injuries, police said.

The police Asian Hate Crimes Task Force tweeted the video, saying in part, “The cold-hearted building security guard not only failed to render aid, he closed the door on the victim.”

The Brodsky Organization, which manages the apartment building, released a statement saying a staff member who witnessed the attack has been suspended while the incident is under investigation.

The building workers’ union issued a statement saying the staffer “called for help immediately.” It also urged the public to “avoid a rush to judgment while the facts are determined.”

“We unequivocally condemn all acts of hate against the AAPI (Asian American and Pacific Islander) community,” the statement said.

The other attack occurred Saturday on a busy Manhattan-bound subway train at a station in Brooklyn. Video of the attack on a man believed to be Asian was shared by another passenger on TikTok and has been viewed millions of times.

Police are still searching for the unidentified attacker, who punched the man several times and put him in a chokehold until he was unconscious. The attacker then slammed the man’s head against a subway seat before leaving the train.

The Biden administration announced new actions Tuesday to try to combat the rise in violence against the AAPI community. They include reinstating the White House initiative on Asian Americans and Pacific Islanders, establishing a COVID-19 equity task force, and a Justice Department initiative to respond to anti-Asian violence.

According to the organization Stop AAPI Hate, roughly 3,800 hate crimes against Asian Americans have been reported in the U.S. from March 2020 to April 2021. A recent study showed that former President Trump’s use of the phrase “Chinese virus” to refer to COVID-19 increased the use of anti-Asian hashtags on Twitter.

Earlier this month, a gunman killed eight people, including six women of Asian descent, in a series of shootings at spas in the Atlanta area. Dozens gathered in New York City on Monday night for a candlelight vigil honoring the victims of the shooting.

Over the weekend, thousands of people took part in protests across the country to raise awareness about the racial discrimination that Asian Americans have experienced for decades, as organizers demanded legislative action to combat the issue.